I told you we love trains. So we moved the RV to Chama, New Mexico, so we could ride the Cumbres and Toltec Scenic Railroad. We have ridden this train several times. This trip, we took the excursion from Chama to Osier, Colorado, where lunch is served. We then returned to Chama. This side of the route is, in our opinion, the most beautiful. Plus, if you ride all the way from Chama to Antonito, Colorado, you must take a bus for the return trip. You can start your ride in either town. This is the train we boarded. The railroad has a number of restored steam engines. 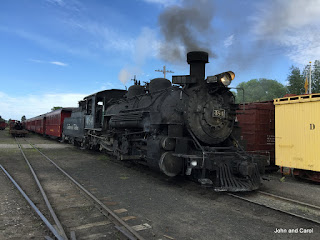 The scenery along the route is beautiful, even more so this year because of all the moisture the area has received this year. The hillsides are green and there are wildflowers everywhere. 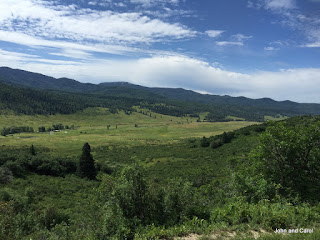 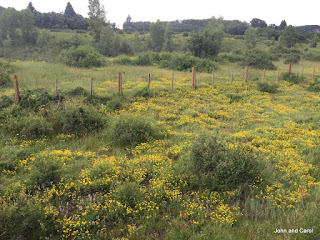 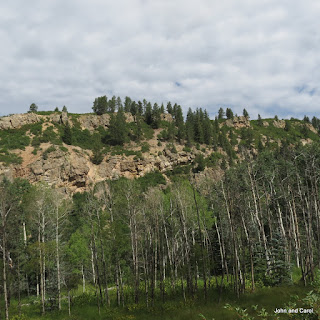 At one point, we saw several cowboys heading out on their horses. 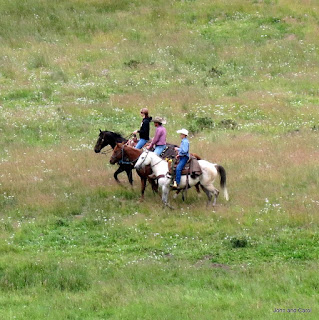 One highlight of the western part of the route is crossing the Lobato Trestle over Wolf Creek. 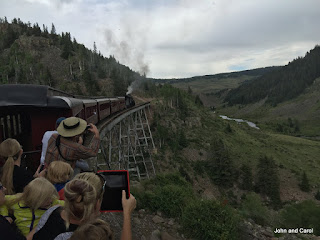 We were even treated to a full rainbow as the sun shined on the train's steam as we crossed the river. 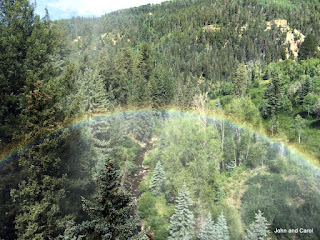 It is always fun to take pictures of the front end of the train while riding down the rails. All of the train windows open and there is an open gondola car where it is easy to see the head of the train. 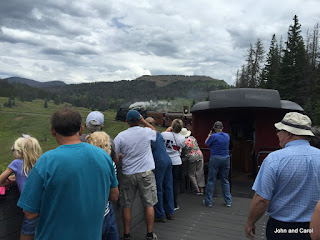 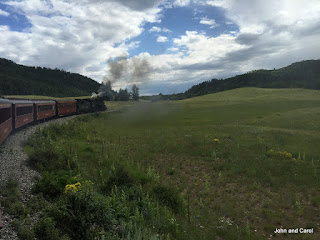 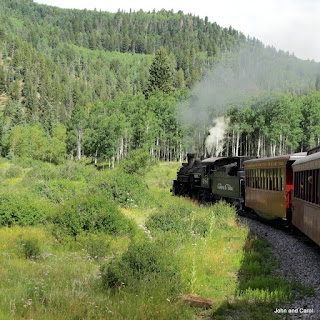 It is also possible to stand in the vestibules on the ends of each car, to hear the clicking of the wheels and the steam engine working. That is often John's favorite perch during the ride. 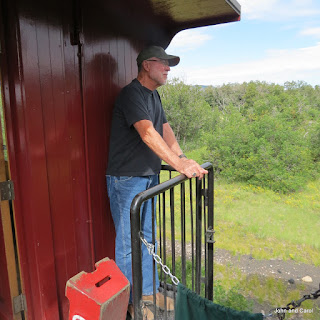 The Cumbres and Toltec has a Cinder Bear Excursion, a half-day outing especially aimed at children. Cinder Bear rode on the train, then he and the children and their families got off the train at Cumbres, the ghost town on top of Cumbres Pass, where there used to be a station, small village and section house. Today, members of the Friends of the Cumbres and Toltec RR are restoring the buildings. 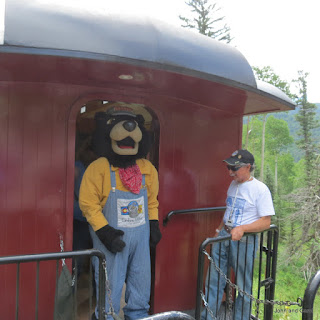 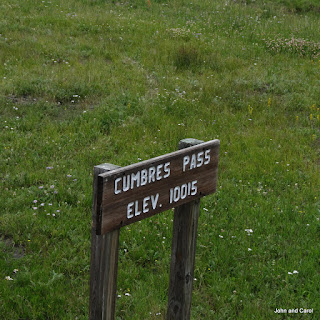 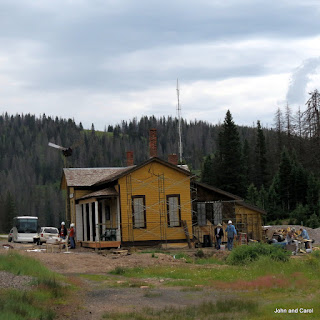 Not far beyond Cumbres Pass, we came to Osier, where lunch is served to passengers on both the east- and west-bound trains. Our meat loaf dinner was good. The other option was turkey, and we hear it is very good, too. 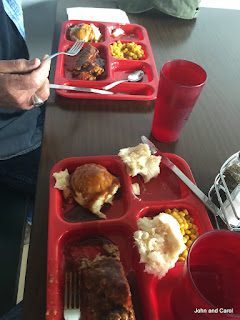 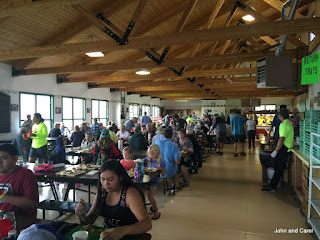 There was a downpour, with some hail, just as we reached Osier. At least the train pulls up right next to the dining room. You can even see the rain coming down through the door at the end of our car. 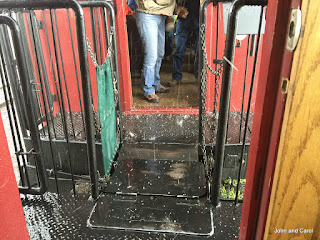 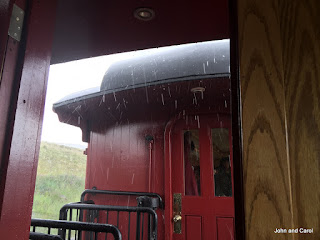 We watched the other train come in at Osier. 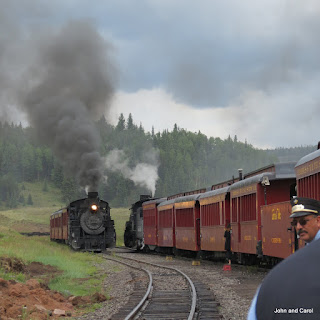 Steam engines require both coal (or wood or oil) to make the steam. They also need water. Our engine was filled with water at one point on the uphill climb from Chama. 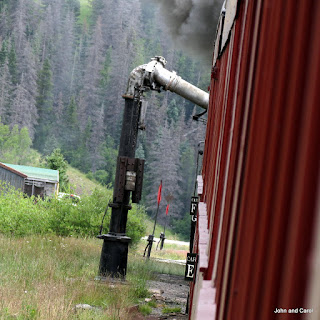