Last week, we drove over Slumguillion Pass to spend some time in Lake City. It is one of many small mining towns in the Colorado mountains. Many of them are now ghost towns, but some have developed into real tourist destinations--some because of nearby outdoor recreations opportunities like skiing or back country exploring on OHVs or ATVs  (Off Highway Vehicles or All Terrain Vehicles), jeeps and motorcycles; others have great shopping; others have casinos. Lake City has lots of shopping, whereas nearby Creede is more for ATV riders.

Lake City really looks rustic and has an old-west feel. 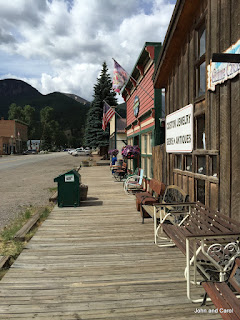 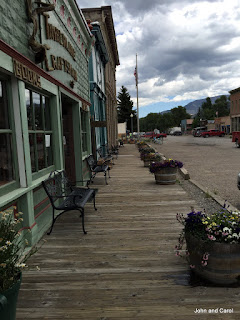 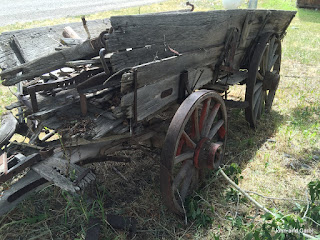 There are numerous old churches in town. The Baptist Church is the most attractive.

One of the art galleries has improved an empty lot with the 3rd Street Gardens. 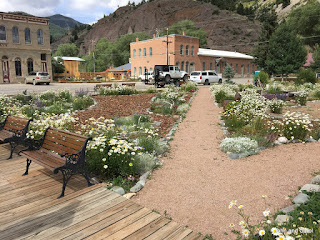 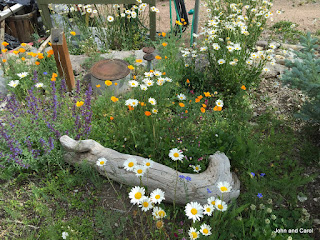 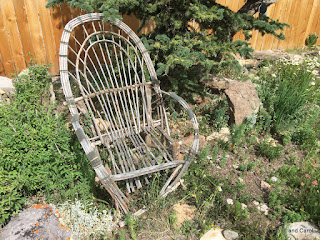 Have you heard the story of Alferd Packer? He was accused of cannibalism after four of his companions--who had been trying to reach a mining area near Breckenridge, Colorado, in early 1874--died. Here is some information from Wikipedia. The deaths occurred near Lake City and one of the trials was held in Lake City.

Lake City has the Cannibal Grill in memory of this grizzly event. 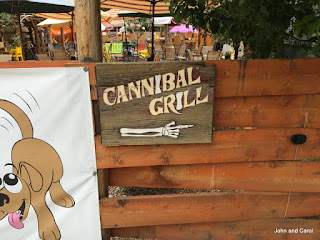 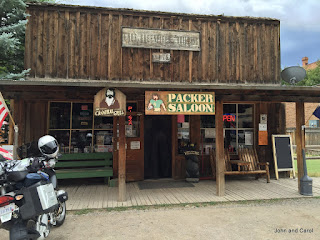 We enjoyed looking through a number of the shops in town and even bought one gift there. In one shop, this man was blowing glass. 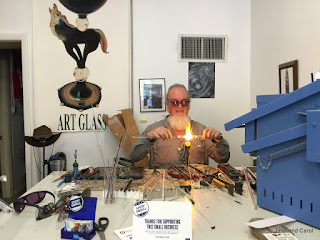 We had our lunch at Southern Vittles. Like in Creede, we found a strong Texan influence there. Look at this 1845 map, showing that this part of Colorado was once part of Texas. 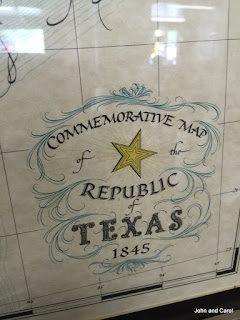 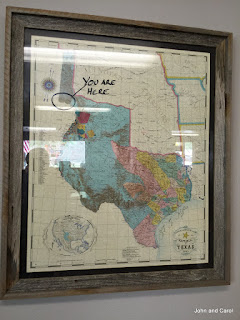 Beer bottle caps were used to make this picture of the Texas flag. 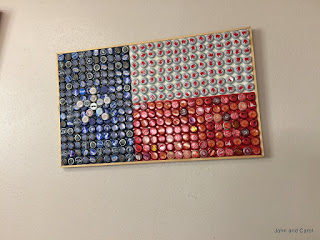 We enjoyed our generous-sized sandwiches. I had a fried chicken sandwich with fries, John had BBQ brisket with chips. 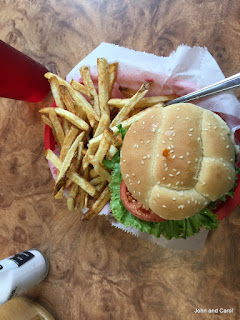 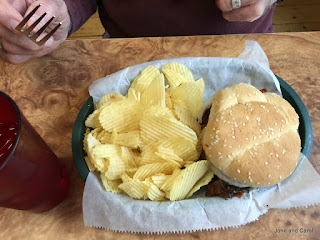