Thursday, we decided to check out the small city of Golden. If you aren't from Colorado, that name might not mean much to you, unless you are a fan of Coors beer. We didn't take a tour of the brewery, been there done that.

This is the iconic Golden Arch, welcoming visitors to the main street in Golden. 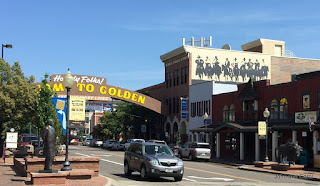 We checked out the downtown area. There, we found a trail along Clear Creek (the source of the Rocky Mountain spring water Coors uses) and enjoyed a number of bronze statues.

This is a miner and his mule. Gold was discovered west of Golden, along Clear Creek. 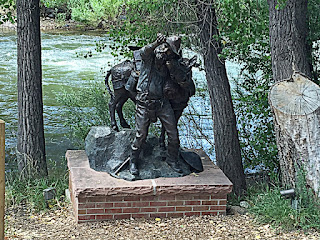 Here is a small musical group, entertaining passers-by. And a young girl trying to mount her horse. 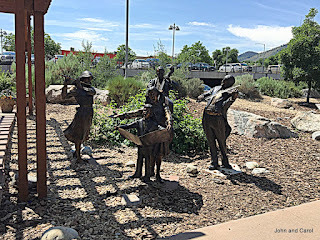 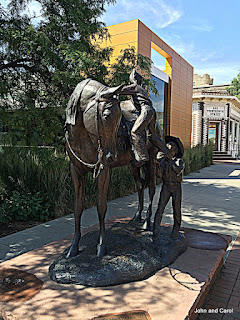 I loved these little cow pokes. I had to back up quite a ways to get the fisherman and his flyfishing pole. 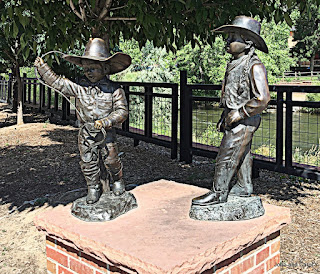 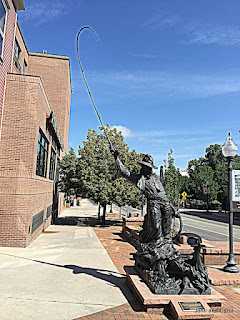 Of course, there is a statue of Aldolph Coors, founder to the brewery. 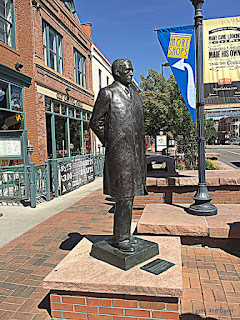 We could see the brewery nearby. 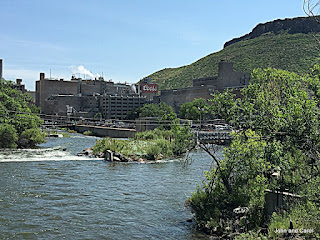 We also found an office building with these two cans flanking the entry. In 2005, Molson beer of Canada and Coors merged. Thus the cans of those two beers. In 2007, Coors and Molson merged with Miller brewing, working to compete with Budweiser. With today's popularity of micro brews, I wonder how all those mergers are making out. 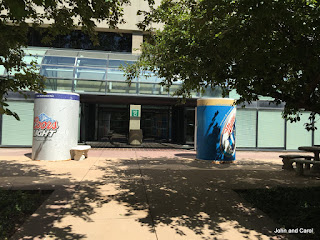 There is a small children's water slide and wading area along Clear Creek. 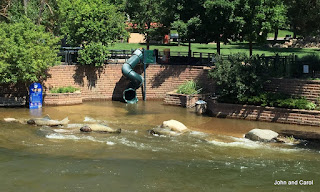 This section of Clear Creek is called the whitewater park.  We saw a number of kayaks as we walked along the creek. 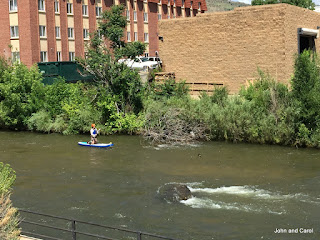 We also saw this attractive area, dedicated to Holly Coors,  She was the wife of Joseph Coors, president of Coors Brewing in the early 2000s. 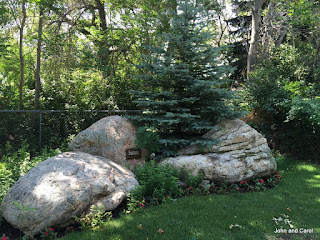 These two little girls were enjoying the water, under close supervision of their mother. 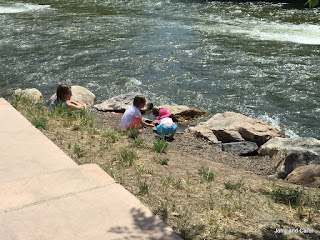