Last week we hiked in Usery Mountain Regional Park and really enjoyed the blooming ocotillo. For years, I have tried to take pictures of these plants when they were in bloom and have been disappointed at what the camera recorded. Not this year. The spiky plants were covered with blooms. 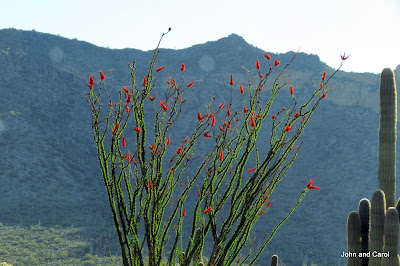 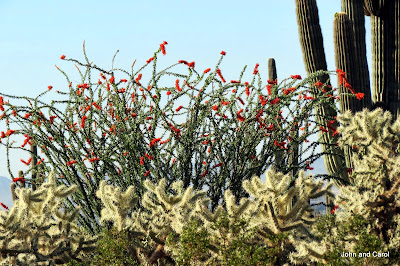 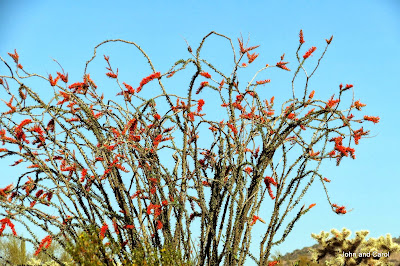 The flowers were large and showy. 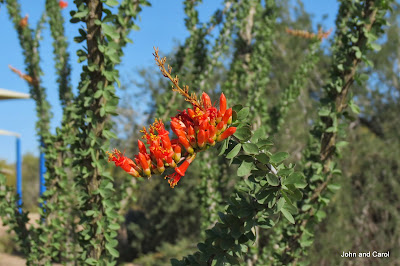 When we volunteered at Casa Grande Ruins National Monument, we were told that when the weather warmed enough for the ocotillo to bloom (about 80 degrees), the rattlesnakes would be coming out. We didn't see any snakes on our hike, but at one point a bike rider passed us and said they had seen a large rattler on the trail ahead of us. I guess the bikes sent it slithering off the path.

Other cacti were blooming, as well. 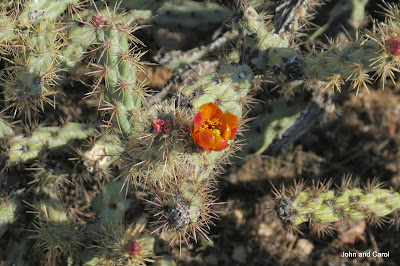 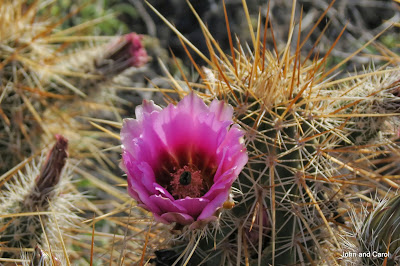 We also saw several different colors of globe mallow flowers. This was the only color that came out in my photos, but we saw them in pink, red and white, as well. The orange ones were the only color I had seen (or at least recognized) in the past. 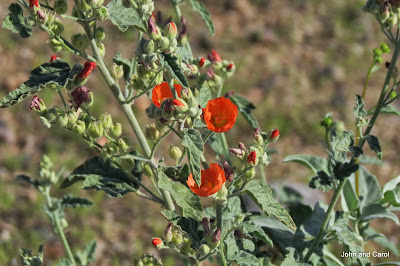 There were also these low-growing yellow flowers 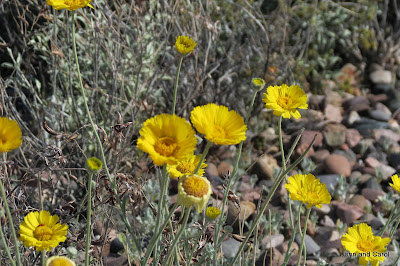 and numerous yellow-flowering palo verde trees. We see them all over the city of Mesa, as well. 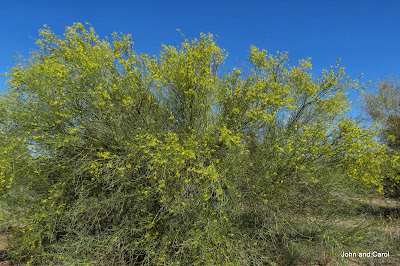 We heard lots of song birds, but they didn't sit still long enough for a picture. This ferrigunious hawk, however, posed for a long time while looking for something to eat. 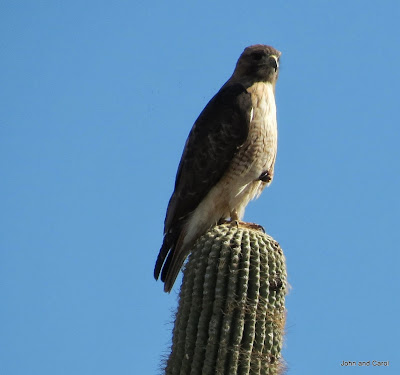 Not all the flowers are in the parks. We saw this Easter lily cactus in the yard of one of the park models here at VDO. It is spectacular and we had never seen this cactus before. Each bloom comes out in the evening and wilts by the next day. 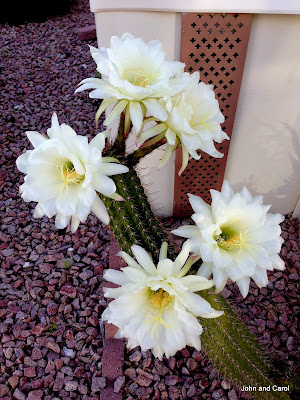