In the center of the desert metropolis of Phoenix, Tempe Town Lake provides a wonderful oasis for water sports and walking-running-biking. Yesterday we rode our bikes around the lake and were impressed with all the activities taking place. Construction of the dams for the lake began in 1997. Inflatable rubber dams were placed on the east and west ends of the future lake in the normally dry bed of the Salt River. The Central Arizona Project (CAP) uses water from that River for a system of canals throughout the Phoenix valley, making development and agriculture possible here. In 1999, CAP water was used to fill the lake.

The lake has five miles of 12-foot wide concrete paths along the north and south sides, providing lots of space for our bike ride, as well as for runners and walkers. 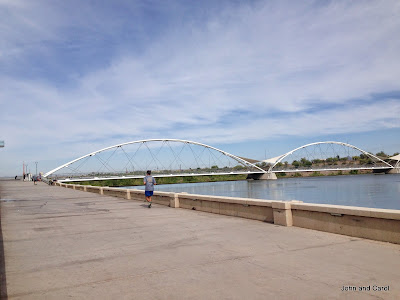 On our way back to our truck, we rode across the bridge shown in the previous photo. Here is a view of that bridge. 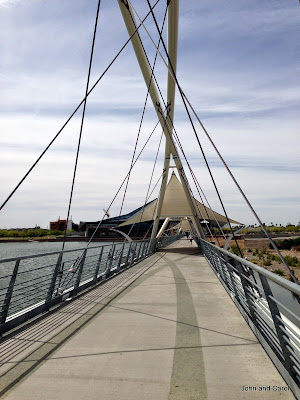 If you want to learn more about the lake, check out this Wikipedia article.

When we parked the truck to unload our bikes, we were right next to this group of Boy Scouts. We were invited to join their ride, but we learned they had already ridden for 20 miles and had 30 more to go to complete their 50-mile ride. Impressive. We passed on that invitation. 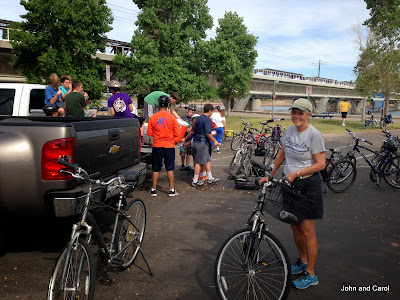 These three sculptures are called Trees of Life. They honor people who donated money to plant trees somewhere. (I didn't stop to completely read the sign.) 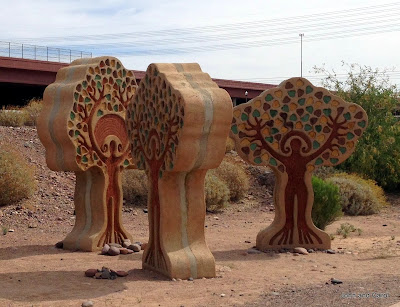 There was an outrigger canoe race going on. Each canoe has six people rowing and they can really move through the water. We watched one 200-yard race with rowing teams of 14-year-olds. 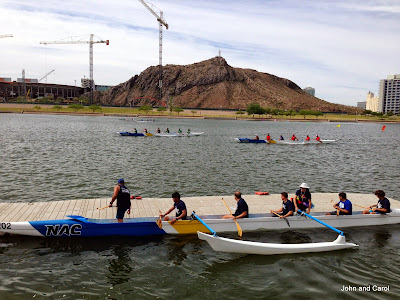 I really don't know what these boards are called, but they are ridden by one person, standing up, and using an oar to control the movement. It must take tremendous balance to do that. 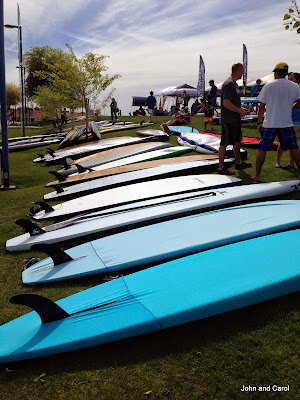 Here are the contestants, waiting for their race to be announced. 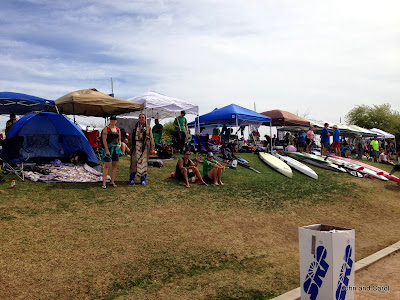 I really liked this waterfall, dividing the Tempe Performing Arts Center patio from the lake trail. 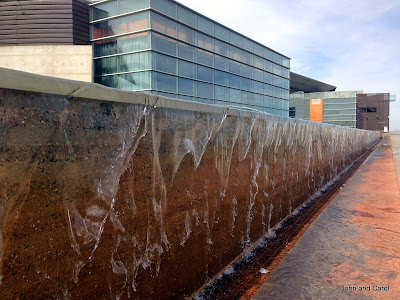 When we moved a little further along the waterfall, we found a group of attractive young women in bikinis, having their photos taken. 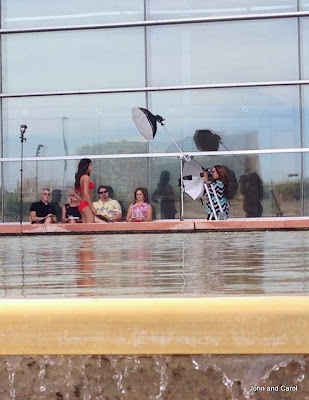 It must have been a beauty contest, because as we returned to our truck, we found a circle of the women wearing crowns and ribbons. We searched online to find out what was going on, but didn't find anything. 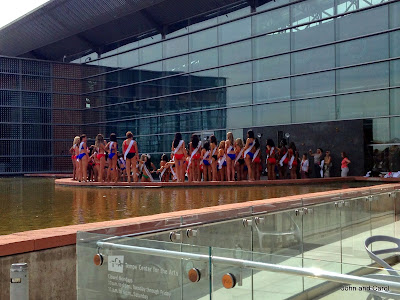 There is a playground in shade of one of the bridges over the lake. In addition to the bridge we rode across, there are bridges for Mill Avenue and Rural Road, as well as a railroad bridge that carries the Metro Light Rail tracks. 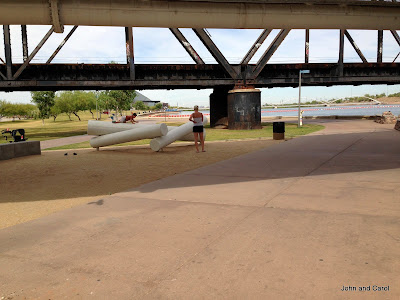 In the midst of all this activity, we even saw a great white egret on the hillside by the lake. This photo was taken with a cellphone camera from quite a distance. Sorry if it is a little blurry. 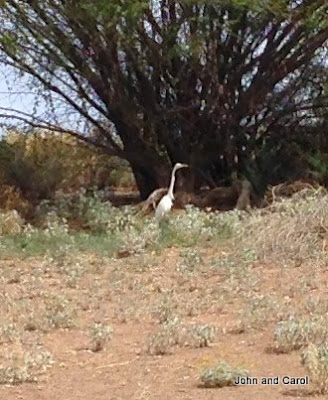 We had a great bike ride, going 7 to 8 miles, both ways around most of the lake. What a fun morning.
Posted by John and Carol at 3:53 PM