Saturday, we drove to downtown Las Cruces to check out Railroad Days. The old Santa Fe depot is now the City of Las Cruces Railroad Museum. This neat mural is on the building across the street from the museum.

The benches inside the depot definitely look southwestern. 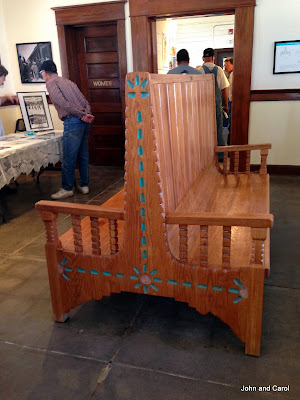 This old trunk would have carried lots of clothes for a long rail journey. 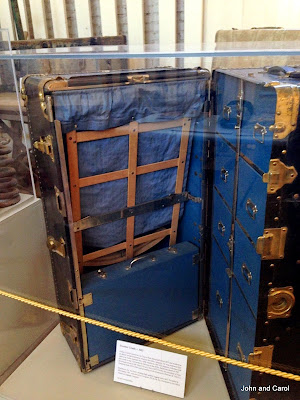 Most interesting were numerous model train layouts. They ranged from Thomas the Tank for young children to several large electric sets. 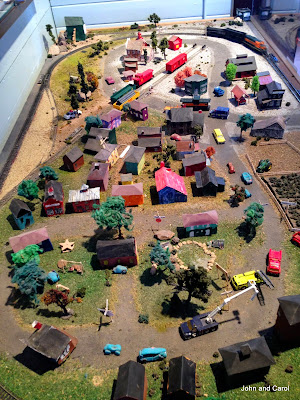 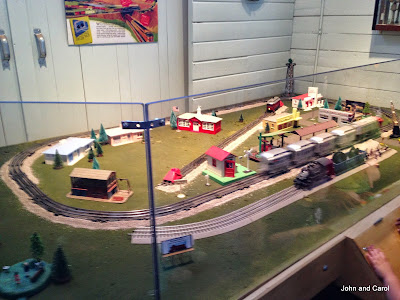 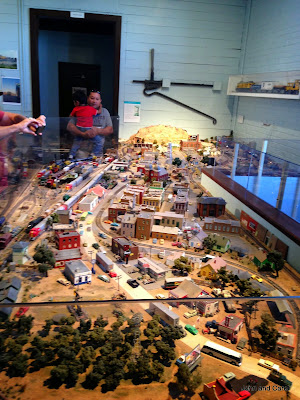 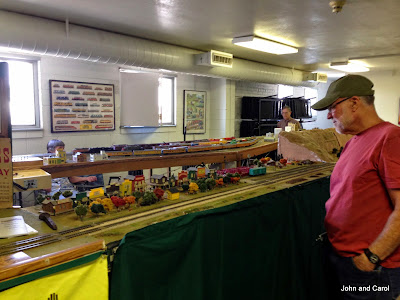 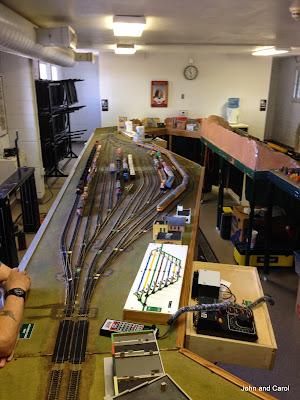 One display helped visitors to understand the different gauges of model trains. 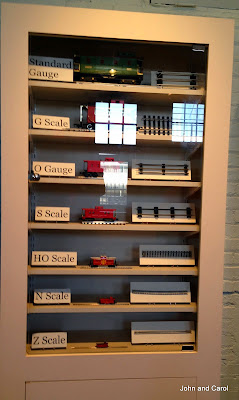 Christine Gonzales grew up in nearby El Paso, TX, and became the first female train engineer on the Union Pacific Railroad and in the United States. She worked on the El Paso-Las Cruces line. This display in the museum honors her. 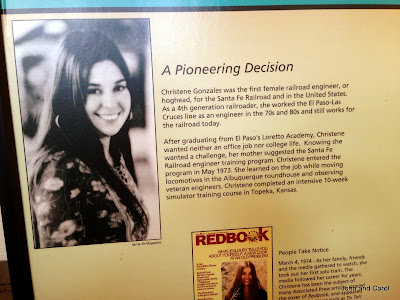 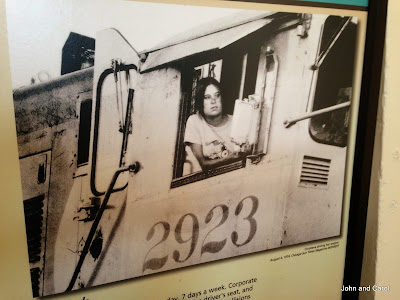 Here are a couple of other neat things we saw in the museum. 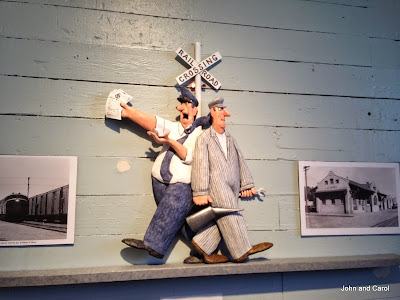 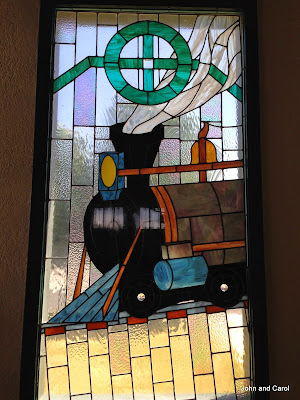 The museum is restoring an 100+ year-old caboose. It was open to visitors on Saturday. Years ago, we rode the Heber Creeper, a tourist railroad in Utah, and were able to ride in the caboose part of the time. That was fun, but this caboose is in more of its original condition than that one was. 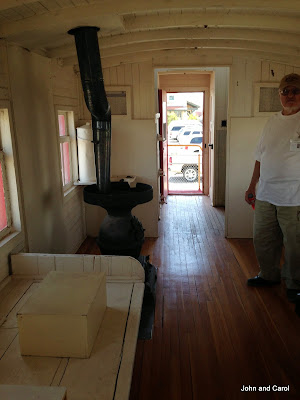 One display was run by women from the El Paso Harvey Girls Association. They explained the life of Harvey Girls, who worked in restaurants along the railroad lines in the Western United States. The following explanation from Wikipedia will help explain their role for those who aren't rail buffs.


In 1883, Harvey implemented a policy of employing a female white only serving staff. He sought out single, well-mannered, and educated American ladies, and placed ads in newspapers throughout the east coast and midwest for "white, young women, 18 to 30 years of age, of good character, attractive and intelligent". The girls were paid $17.50 a month (approximately $443 in today's terms)[7] to start, plus room, board, and tips, a generous income by the standards of the time.
The women were subjected to a strict 10:00 p.m. curfew, administered by a senior Harvey Girl who assumed the role and responsibilities of house mother. The official starched black and white uniform (which was designed to diminish the female physique) consisted of a skirt that hung no more than eight inches off the floor, "Elsie" collars, opaque black stockings, and black shoes. The hair was restrained in a net and tied with a regulation white ribbon. Makeup of any sort was absolutely prohibited, as was chewing gum while on duty. Harvey Girls (as they soon came to be known) were required to enter into a one-year employment contract, and forfeited half their base pay should they fail to complete the term of service. Marriage was the most common reason for a girl to terminate her employment.
In a mythology that has grown around the Harvey Houses, these female employees are said to have helped to "civilize the American Southwest".