It has been so many years since we attended a high school football game--probably not since 1983 or 84 when our older son was on the team in Castle Rock.  So last Thursday was an unusual experience.  I came away thinking I had been looking through a kaleidoscope and the many shapes and  colors I was seeing were like the bits of glass when you look into a kaleidoscope and turn the dial.
Our grandson John had been nominated for the junior class boy's spirit award.  (This is the new way of naming popular student leaders.  They used to be voted on for homecoming king and queen.  Now it is the boy and girl elected to receive the spirit award at homecoming.  The nominations come from the faculty and the students vote for those they want to receive the award.)
Here we are with John.  He is both good looking and taller than either one of us.  He also, obviously, is liked and respected by his classmates.  The red ribbon shows he received the award for the junior class.

Here he is in the line of all those nominated. 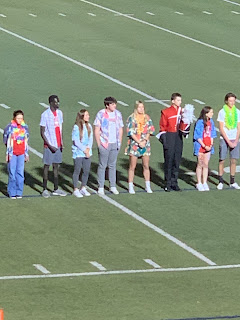 The nominees walked between the rows of football players, band members, cheer leaders and flag girls. 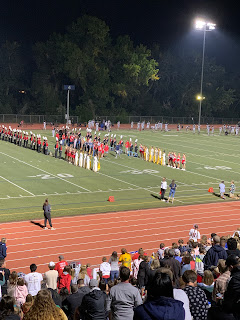 After the awards were announced, the winners got together for a photo as the other nominees left the track. 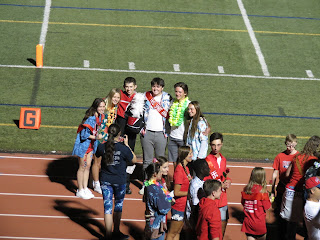 We are so proud of John.  And glad we are in Colorado right now and able to be there.
But, where do I get the idea of a kaleidoscope?  Here are some photos of the many students participating in the events.
Of course, there were the boys playing the game.  And the cheerleaders on the sideline. 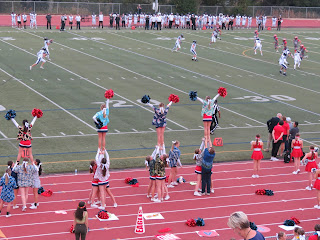 This is someone directing the band--from a ladder. 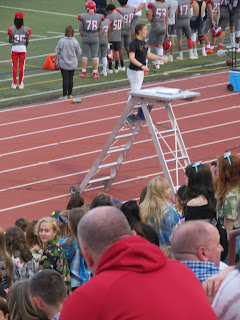 There were pompom girls. 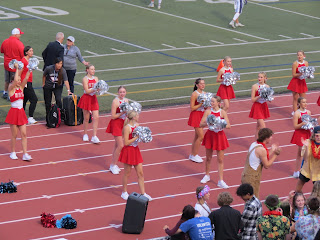 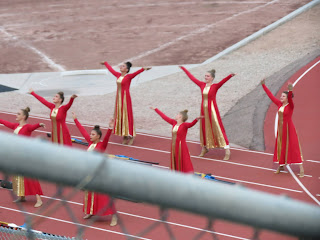 I think these are the cheerleaders using pompoms. 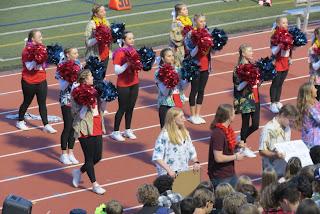 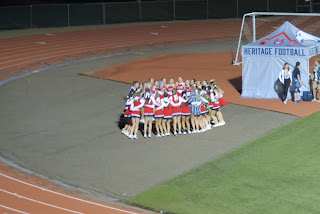 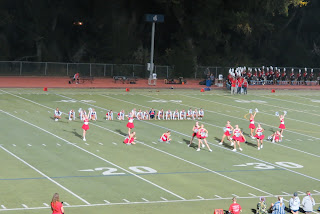 After this part of the half-time activities, the students left the field. 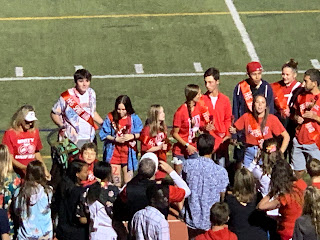 This is the marching band. 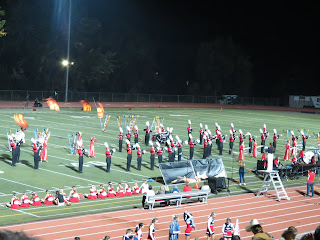 Obviously, many more students are involved with the  whole football experience than just the players.  It is a whole school actiity. 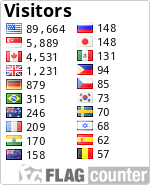