No, we didn't try to harvest pumpkins in a field. We rode our bikes 17 miles on the Pumpkinvine trail from Shipshewana to Middlebury and back. The Pumpkinvine railroad corridor between Shipshewana and Goshen began when the Canada and St. Louis Railroad Company set out to build a railroad from St. Louis, MO, to Bay City, MI. The first passenger train pulled into Middlebury from Goshen on Nov. 5, 1888. The line was operated by numerous rail companies until 1980. Today the trail is managed by several local park systems.

Shipshewana and other nearby communities are very bicycle friendly. The Amish population rides bikes and uses horse and buggy for transportation, so there are wide shoulders in many places. Drivers are used to watching out for slow traffic. We rode from our campground into the center of town to pick up the trail.

Much of the trail passes through a tunnel of massive trees. 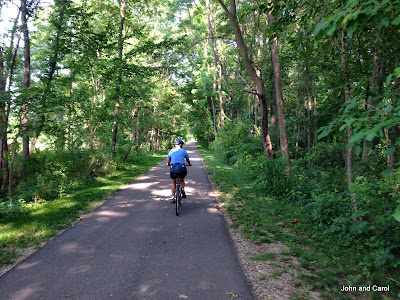 We had wondered what the name Shipshewana meant. The trail includes a monument to Chief Shipshewana, so we learned a lot.  You can click on the photo to enlarge it so you can read it. 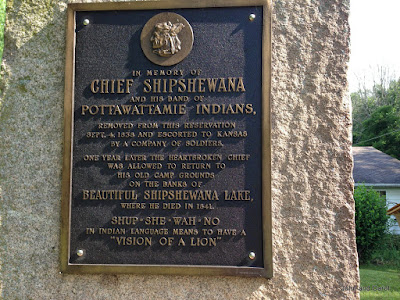 We saw these colorful flowers in many locations. Are they Indian blanket, coreopsis, black-eyed susans, sunflowers, or what? Who knows? 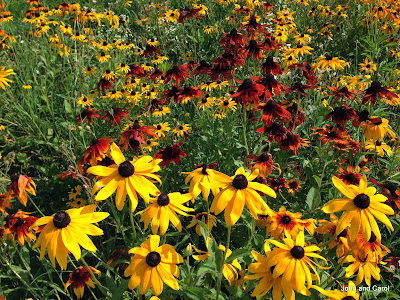 When we came out of the trees, we passed through farmland, with many attractive farms. 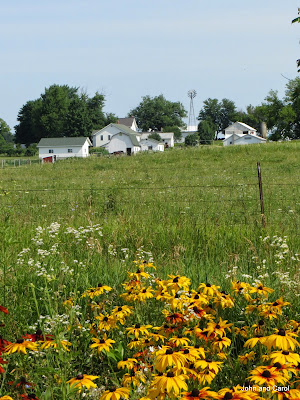 Many Amish and Mennonites have large families and doing the laundry must be a daily chore because we almost always see clothes hanging out. 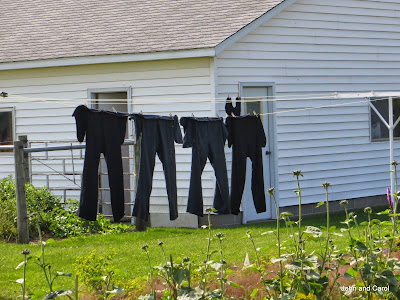 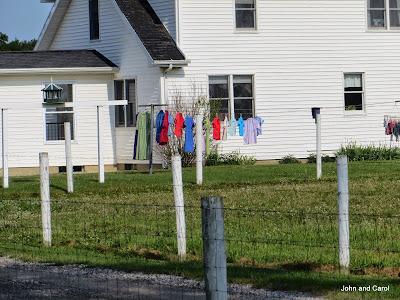 In several yards, we saw this structure. Does anyone know what it is? Perhaps an above-ground root cellar? 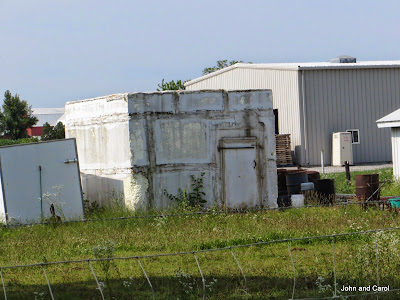 In Middlebury, we stopped to see the Krider Garden. 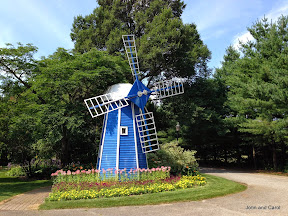 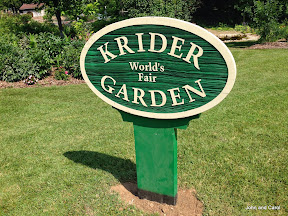 Krider Nurseries was established in 1896 and published its first seed catalog in 1906. They constructed and exhibited Krider's Diversified Garden at the International Exposition in Chicago, 1933-34. 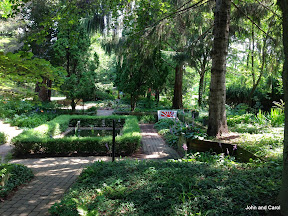 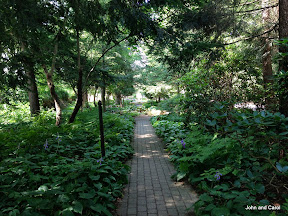 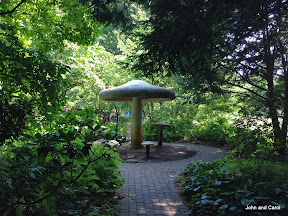 The garden was a nice place to rest before the ride back to Shipshewana.

We saw this horse and buggy during the ride. We really enjoyed hearing the clip-clop of the horses and watching their hoofs fly as they went along the roads in and around Shipshewana. 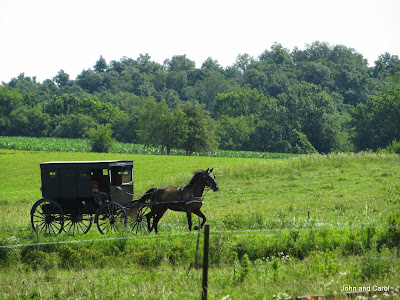