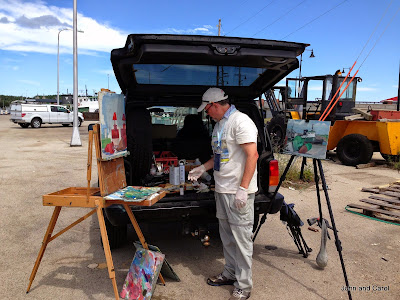 Does this look like an artist's studio? We didn't think so. And, since earlier in the day we had seen someone sitting along Lake Michigan painting a sailboat in the shallow water, while we searched out lighthouses, we decided to ask this artist what he was doing. Tom Maakestad explained that he was one of the featured artists in the 2014 Door County Plein Air Festival. I knew that meant painting outdoors, but that was all. From the festival website I learned that in the mid 19th century, some artists began painting subjects from life and from nature, instead just painting scenes from antiquity and Biblical scenes.

Each day of the Door Country Festival, 40 artists were given a subject or location to paint. At the end of the week, the paintings are for sale. One day it was gardens, another fields. It was the bay the day we saw the painters. Other subjects were sunsets and farms.

This was the scene Tom was painting. 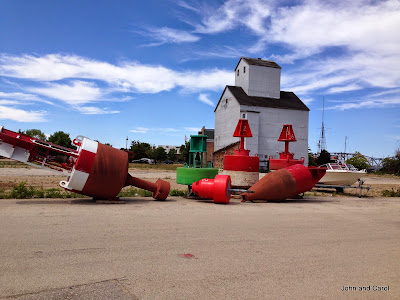 While walking further along the ship canal in Sturgeon Bay, we also saw two women painting this tug boat. Unfortunately, I didn't get their names. 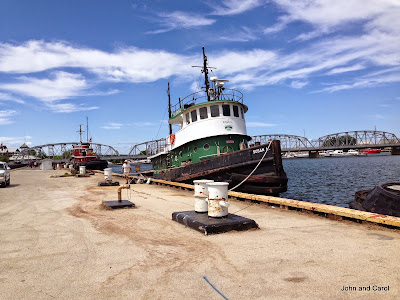 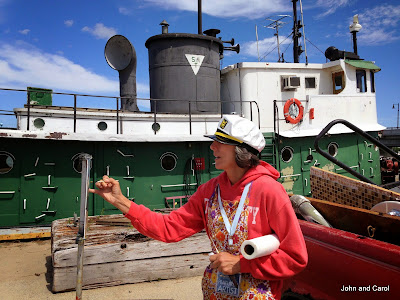 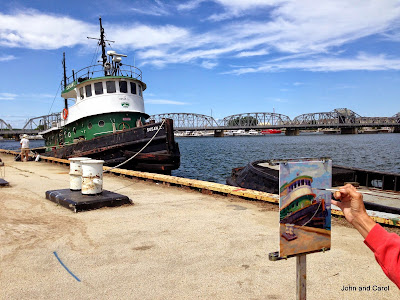 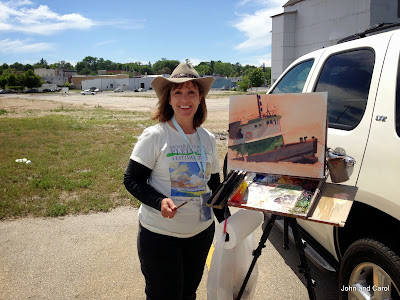 These are two of this woman's paintings from earlier. 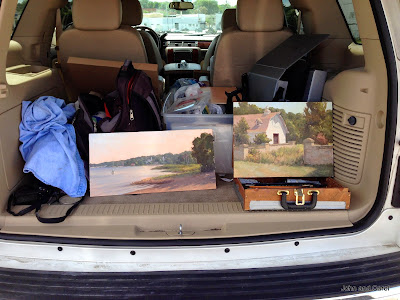 Across the water, there is a boat builder. Look at this custom luxury yacht that is having the interior work completed. 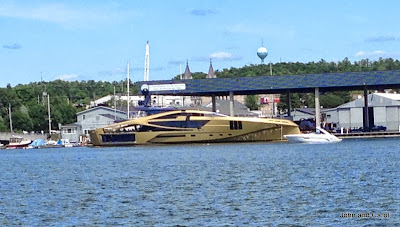 We also watched this draw-bridge across the ship canal open for the fire boat tour boat. 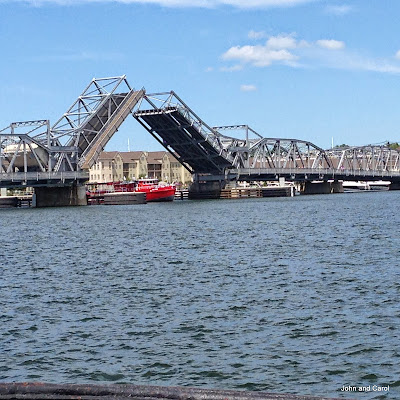