This is at least our 4th visit to Great Falls, Montana.  This is the last stop in the US before heading into Canada.  We stayed here on both trips to Alaska, 2004 and 2012, as well as 2016 when we weren't headed to Alaska or even Canada. And we aren't headed there now.  But it is a good spot when traveling from Washington and Oregon toward Wyoming and Colorado.  We truly enjoy the art of Charles M. Russell and we came so we could attend a museum of his art here.  There is so much to see in the museum, we took advantage of an entry fee that is good for 2 days and we went there yesterday and today.

This bronze showing Russell is displayed on the grounds just outside the museum. 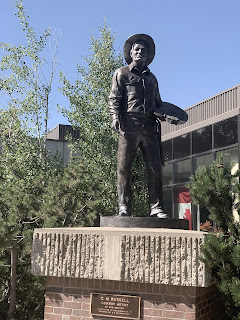 This sculpture part of any exhibit about the buffalo and it's importance to the early western experience and something Russell painted images from throughout his career.  This sculpture is not one he did.  It depicts Head Smashed In Buffalo Jump.  The local Native Americans and later European buffalo hunters would drive a herd of buffalo to a cliff and over the edge.  Other members of the party would kill the stunned buffalo at the base of the cliff.  In 2004 we visited a site explaining this in Canada. 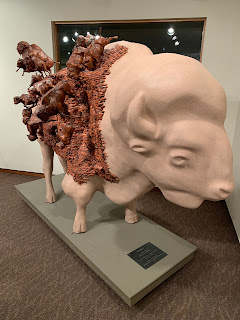 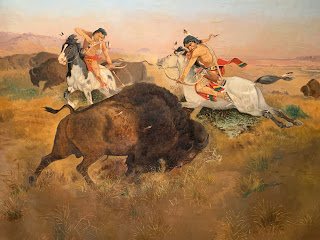 This is one of Russell's paintings of mountain sheep. 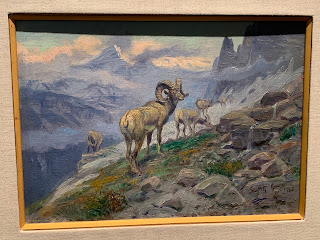 An early sketch of a woman deer hunter. 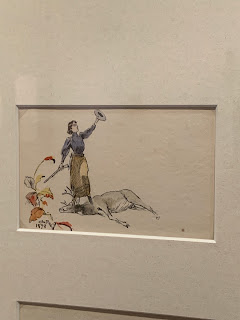 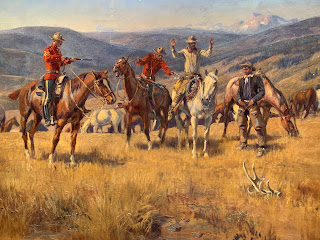 A black and white image of an Indian chief. 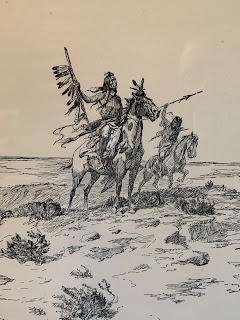 One of Russell's paintings of the bad guys being shot by either the law or vigilantes. 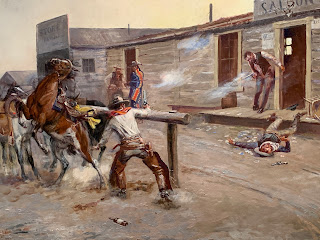 A Russell bronze of bronc busting. 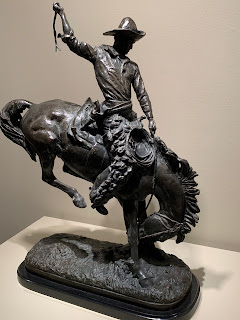