We had never been in Salem, Oregon, before, but it is the capital  city, in the center of the state. We had several interesting days there.  The Thomas Kay Woolen Mill/Willamette Heritage Center was an important outing.

The mill was established in 1889.  No longer a working mill, it was a forerunner of Pendleton Woolen Mill.  There we learned not only about weaving wool but also about the history of the Oregon Trail and settlers who came in 1841. 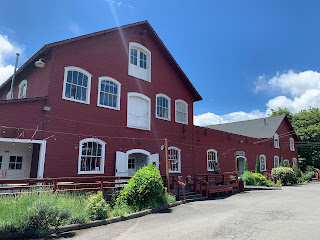 This map shows the trail route.  What a long trip by covered wagon or on horseback.  We were especially interested in this history since we know something about John's ancestors who were born in 1849 in Ohio and later moved to Texas. 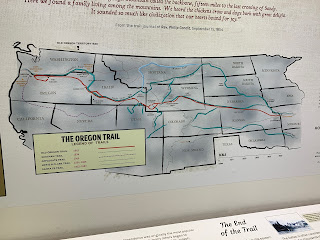 This is the former home of the Methodist minister who came on the Oregon Trail.  At one point he housed several Methodist missionaries in rooms on the second floor. 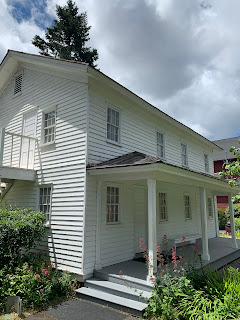 This machine combed the woolen fibers so they could then we cleaned and woven.  The climate in central Oregon is favorable not only to raising fruit trees and other produce, but also to raising sheep. 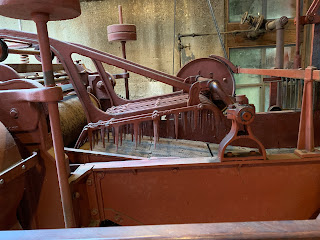 This is the channel where water that created power for the mill flows back to it's river home. 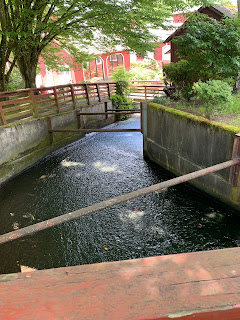 A bedroom in the parsonage. 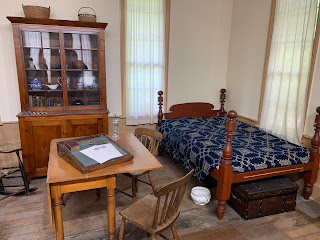 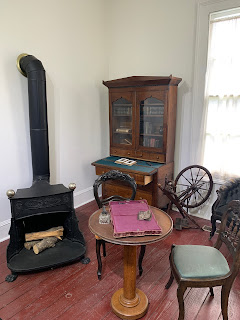 There was a retail shop at the mill that sold yarn.  This selection should be a dream for knitters. 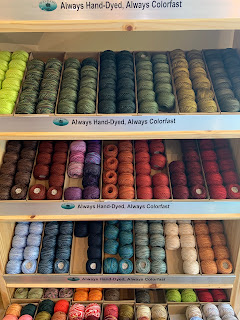 There were also lots of small patches of various colored woolen fabric. 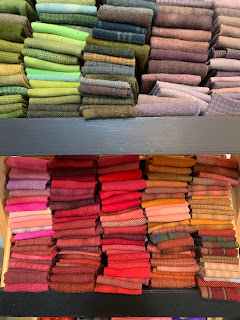 There are sold to artists who want to created pictures like this. 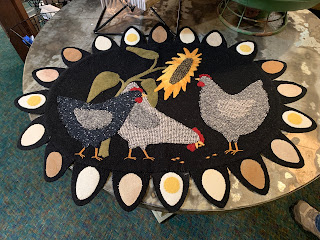 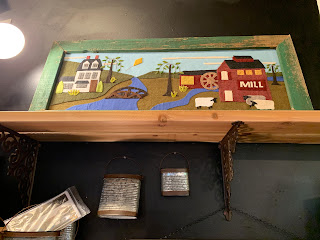