Where It All Began

This is where it all began.  Right on the bank of the Yellowstone River in 1962, a small campground was established.  A place for folks with tents or RVs could set up camp and enjoy the area. 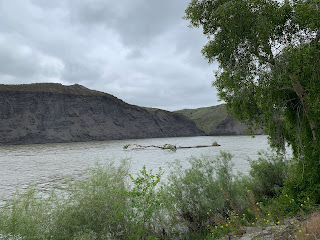 It was 50 years ago that that campground became the concept that began KOA--Kampgrounds of America.  Anyone who travels along the interstates and major roads in this country sees these iconic campgrounds with the A-frame building and lots of activities for children.  A KOA is both a destination and a convenient place to stop  while looking around an area. 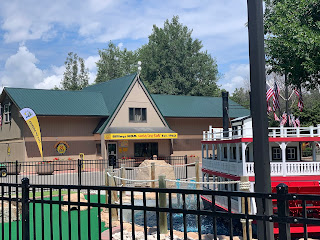 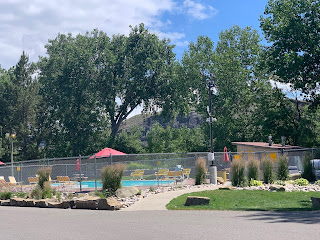 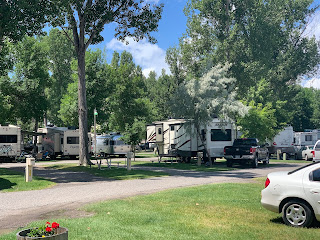 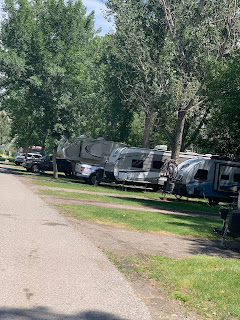 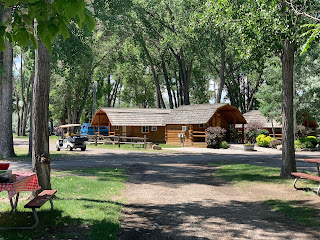 and premium deluxe sites with a concrete patio and sidewalks on each side, 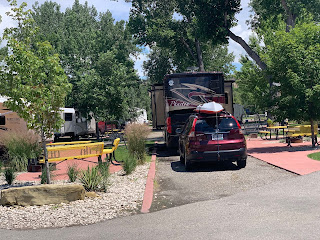 There are also two areas for tents, both large and small.

And here we are 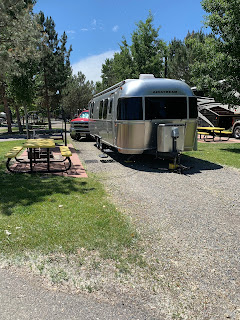 In 1988, we set out with John's sister Cindy's pop-up tent trailer to take Eric to a conference in Washington, D.C.  Along the way we visited family in Iowa, and explored New York City and Philadelphia before we dropped Eric off in D.C.  At the time, we didn't know any RV parks existed except KOAs.  Maybe they did, but we weren't aware.  And we had a great time in those campgrounds.

So, this wonderful travel adventure we have been on for 31 years also began with the establishment of this KOA in Billings, Montana.