We were both born and raised in Colorado, which became a state in 1876.  It has been rather amazing to discover how old Oregon is.  It become a state in 1859.  Obviously, the Oregon trail migration came before the Colorado gold rush.    We have been in Astoria and Portland  and earlier in Salem here in Oregon.

We enjoyed walking around downtown Astoria 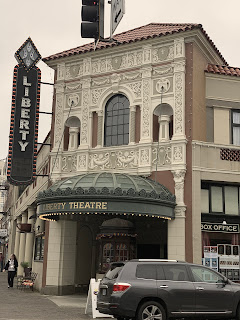 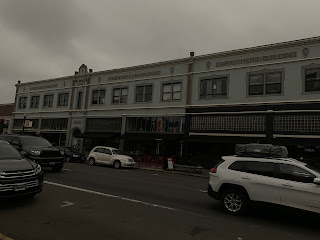 Astoria is a fishing port and there were lots of fishing boats in the harbor. 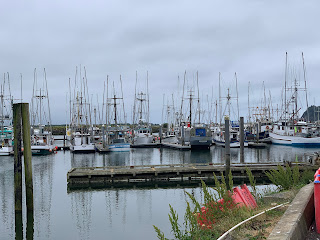 Plants will grow just about anywhere in this climate.  These pilings along the harbor were sprouting foliage.  We saw this everywhere. 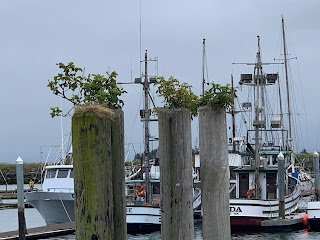 As we walked around Portland, we saw a number of bronze statues.  We were always sure who they depicted but we enjoyed them. 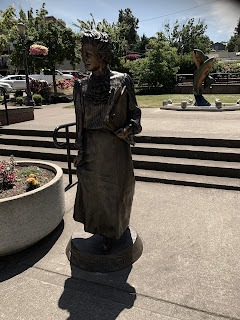 Look at this elk up on a roof. 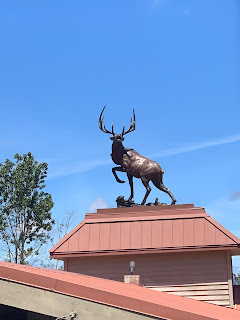 A dolphin, I guess. 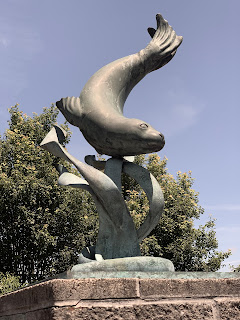 We spotted these men near our RV park.  They inspired and led the construction of the Historic Columbia River Gorge Highway. 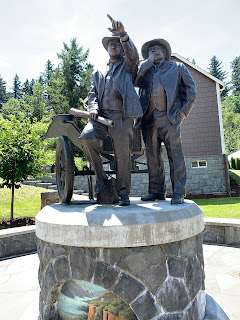 These old cities are attractive and very interesting.
Posted by John and Carol at 8:20 PM