We checked into the Cherry Hill RV park in College Park, Maryland, and spent two days exploring Washington, DC.  The park is only 4 miles from a metro train station so we drove there and took the Green Line.

The train wasn't full but there were quite a few riders.  We boarded near the main entrance to the University of Maryland so there were a lot of college-age riders in addition to the tourists. It was too late in the morning for people who work in the District of be aboard. 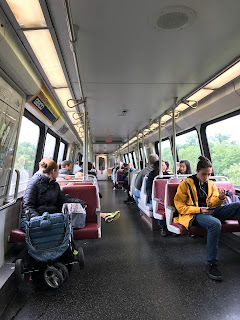 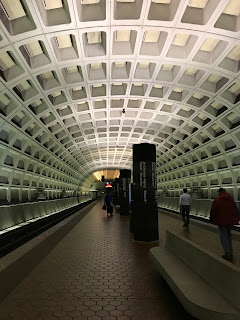 The is the underground station where we waited for the train. 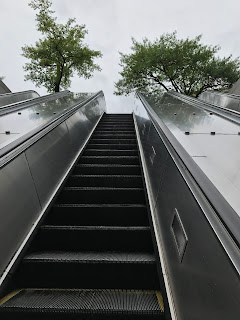 At both ends of the journey we used escalators like this to reach the street level. 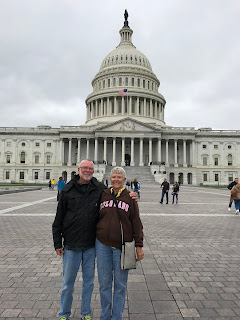 We found another cell phone user to take our picture in front of the U.S. Capitol. 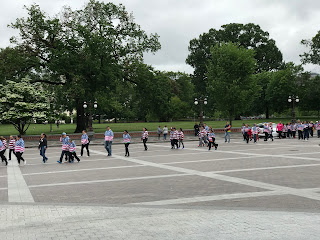 One group of visitors approaching the capitol were all dressed in American flag-inspired jackets. 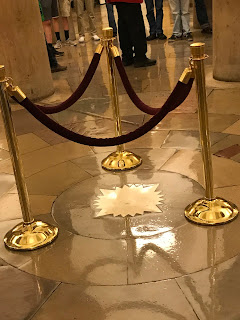 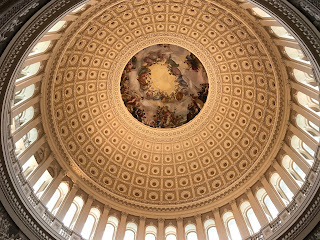 John took this photo looking up to the dome of the capitol. 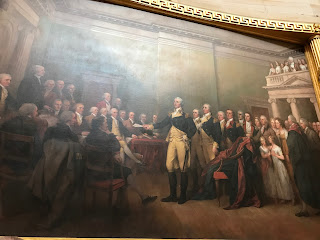 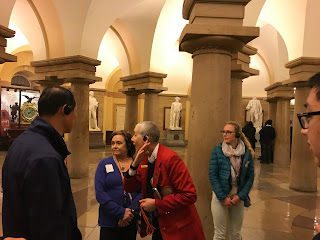 Our tour guide, here in the red jacket, was wonderful.  She was so knowledgeable and able to tell members of her group about the statues in the hall that are from their state.  Everyone in a tour group is given headphones.  The guide speaks into a mike on a radio frequency heard only by the people in the group.  It made it so easy to hear her and meant the building wasn't as noisy as when each guide was talking loud enough to be heard to the whole group while also hearing other guides. 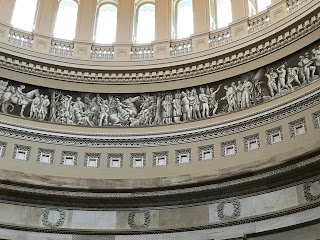 These are the people carved into a band below the upper railing in the dome. 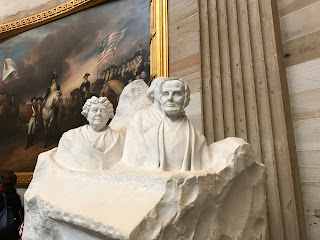 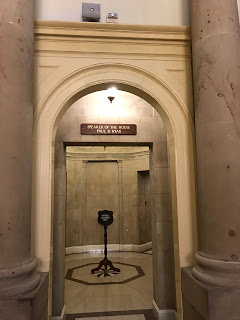 During the tour we passed the entrance to the offices of Paul Ryan, Speaker of the House of Representatives. 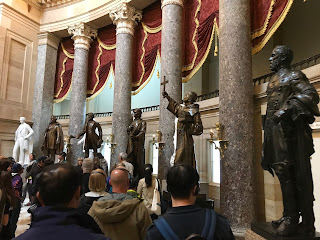 These are just a few of the statues in Statuary Hall.

We had both been in the capitol before but I really enjoyed seeing where so many important decisions have been made over the past 200+ years in our great country. The concept that the Founding Fathers brought into being in this country has truly changed the world and we are so blessed to be able to live here.
Posted by John and Carol at 6:00 PM