We have done a lot of driving to get here.  The destination of our travels east was New Hampshire where our older son, Doug, received an Associate in Science Degree in Precision Manufacturing from Nashua Community College.

Doug retired after 23 years in the US Marine Corps and soon after underwent surgery for colon cancer.  He also has gone through a divorce.  We are so proud of him for completing this degree program.  He did it in spite of these difficult events and he did it all on his own.

Before the diplomas were distributed Doug, as one of the military veterans graduating, lead the pledge of allegiance. 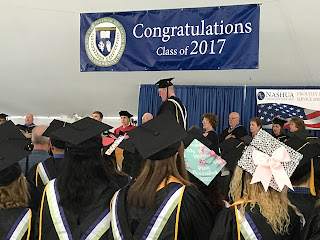 Here he is receiving his diploma Lucille Jordan, college president. 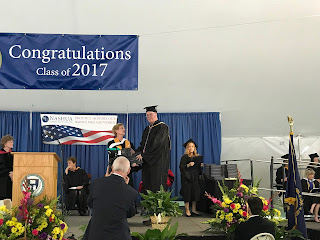 Before the ceremonies began, he showed us through the lab where he took his training.  Look at all these impressive computer-controlled machines. 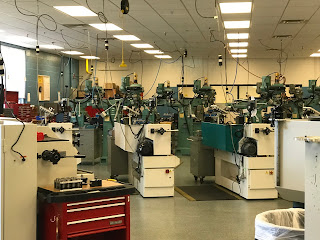 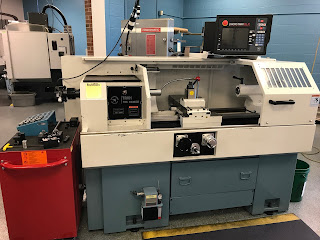 During the last semester of training,  all class members built engines, using those tools.  Doug was disappointed I didn't recognize that the shape is like the Starship Enterprise from Star Trek. 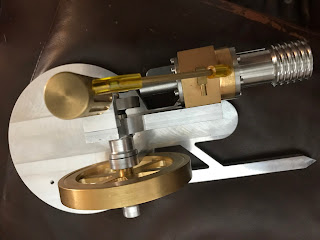 Here is Doug with his two daughters, Samantha and Rachal. 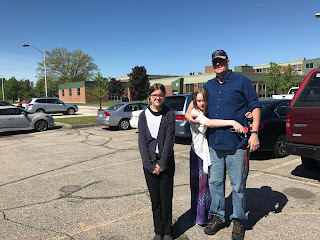 Rachal took this picture of John and me, Samantha and Doug. 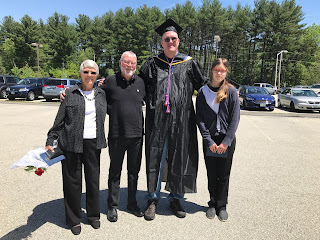 Then Sami took a picture of Doug, John, Rachal and me. 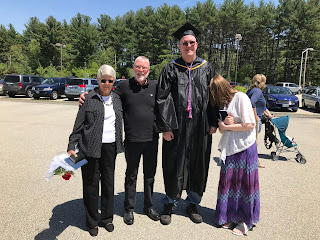 Doug took us to dinner at the Longhorn Steakhouse to celebrate. 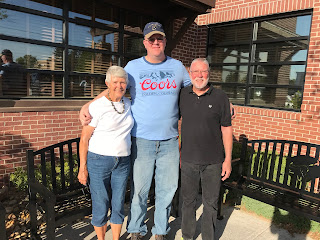 Rachal didn't feel like joining us, but the rest of our group had a good dinner. 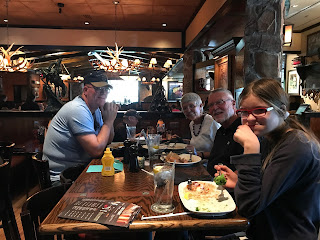 The entire drive was worth it to be able to come here and support Doug as he marked this accomplishment.
Posted by John and Carol at 11:32 AM