With this post I will be caught up on the blog with what we have done in the past 10 days of so.  It has been very busy and we also had 3 days with virtually no internet.  I am glad to be up to date now.

The last time we were in Washington, D.C., was 1988.  At that time we spent time at the Viet Nam Wall and John located the name of a classmate who had been killed in that war.  Since then monuments have been built honoring those killed in World War II and the Korean War.  This visit we explored both structures.

This is the entry to the World War II Memorial. 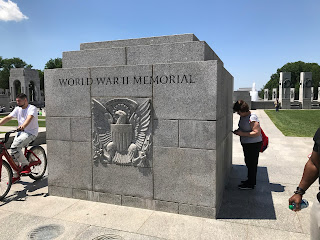 Brass reliefs like these line the curved walls as you enter the memorial, depicting scenes of military and civilians in both the Atlantic and Pacific theaters. 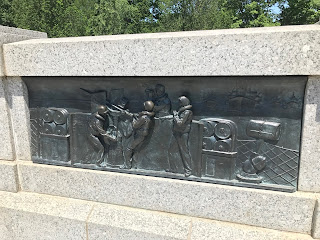 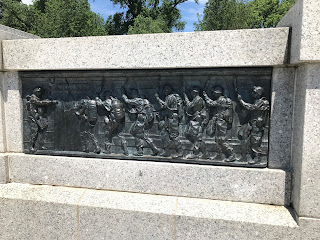 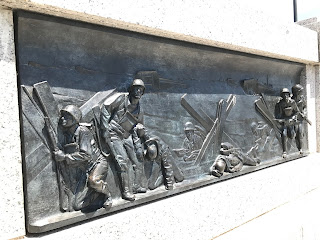 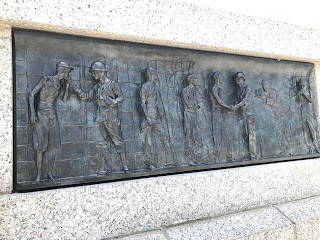 The central fountain is surrounded by pillars naming the 56 US states, territories and District of Columbia that united in a common cause in the war.  Pavilions on both sides are inscribed with names of key battles of the war. 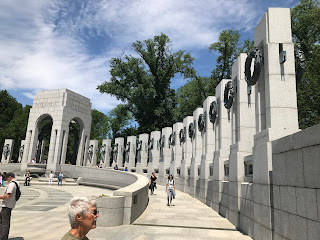 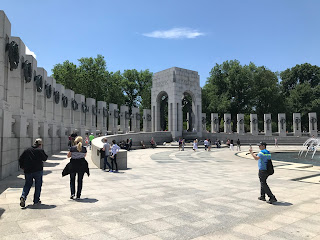 Lots of people were looking at the monument and enjoying this part of the National Mall. 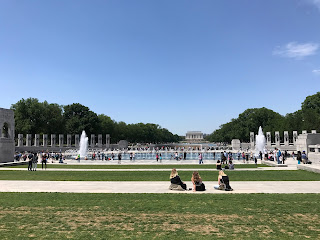 A number of statements are carved into the walls of the monument, referring to civilian women who took over jobs left by men going to fight, 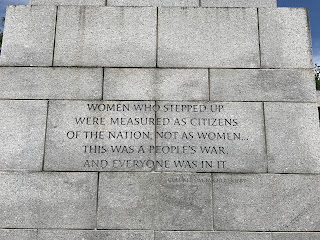 those who sent their sons off to war and kept the American factories working, 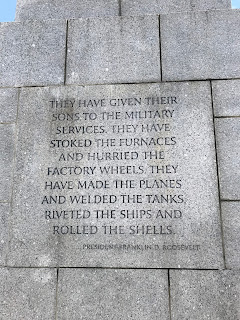 and the soldiers who gave their lives for our freedom. 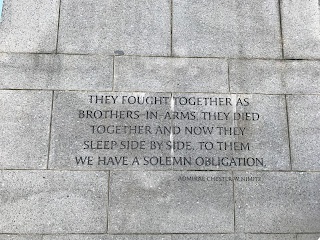 I hope that this statement is forever true of who and what our country is and represents to the world. 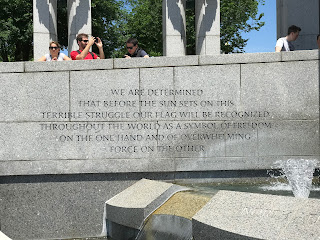 The Korean War Memorial has a totally different feel. 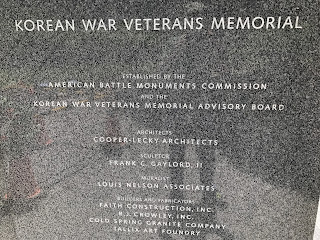 Lifesize statues of soldiers, dressed in rain gear, surround you as you come to the monument.  You feel like you are part of the battle or reconnaissance. 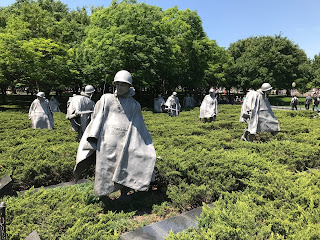 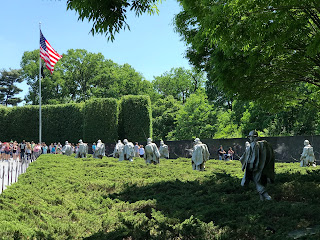 One side of the wall with the names of those who died has background images of the same soldiers and it is reflective, almost like a mirror.  This photo shoes how the modern monument visitors look like they are part of the group of soldiers. 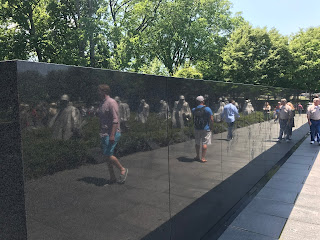 Both of these monuments are moving and made us aware of how many people over the decades have given their lives to protect us and our country.
Posted by John and Carol at 11:41 AM