In late February, I bought this piece of wood from the Woodcraft store in Phoenix. 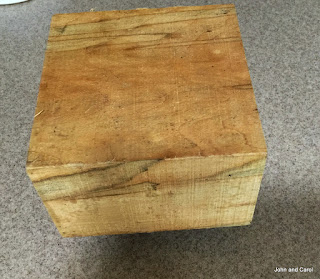 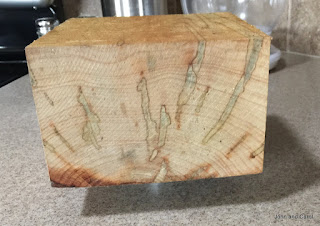 It is called ambrosia maple. The darker colored areas are caused by an infestation of ambrosia beetles which bring in a fungus that discolors the wood. I thought I could make a pretty bowl from the chunk of wood, using my newly acquired bowl turning skills. I worked several days shaping the wood and doing a lot of sanding (look at all that sawdust). 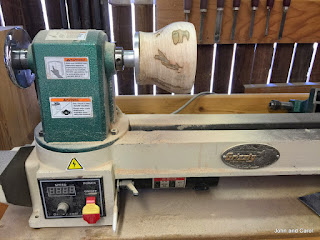 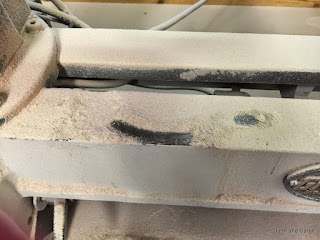 Then I was ready to remove it from the metal faceplate that is screwed into the bottom of the bowl so it cam be turned on the lathe. Unfortunately, I had cut the inside bottom of the bowl too far into the wood.  Look what happened when I tried to cut off the excess bottom. 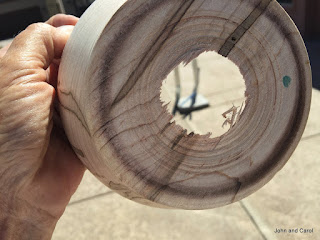 This is the piece that broke off. 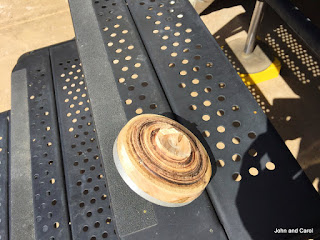 After a lot of whining on my part and encouragement from John, telling me there had to be a way to repair the bottom, I finally got up the nerve to take it back to the shop and ask the man who had been teaching us turning skills, what I could do.

The first step was to make the hole in the bottom a smooth circle. 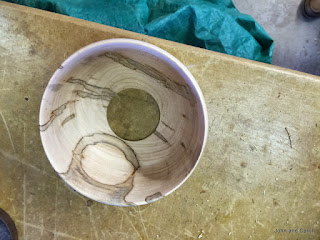 Next, we cut a base from another piece of maple, a different kind of maple but pretty close in color. 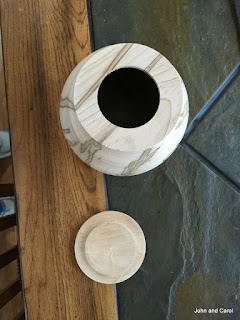 I brought it home and John and I glued it in place. 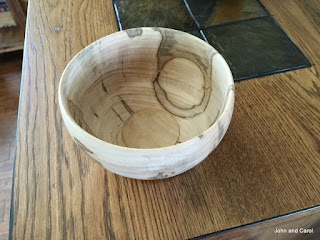 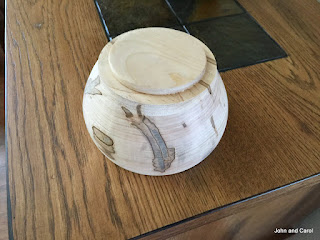 Saturday, I finished the turning and sanding. Look at how pretty it is today. Now, all that is left is a protective finish. 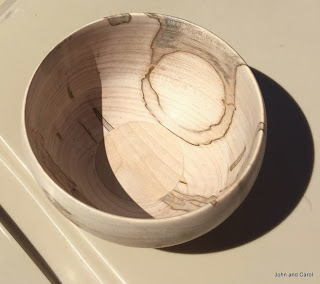 I am learning, I hope, that it isn't a mistake until it can't be fixed. The bowl isn't all I had hoped it would be, or what I really thought it was--before the bottom broke. But it  is really pretty good for my second attempt. And I learned SOOO much.