There are probably motels and hotels in Gallup, New Mexico, that are less expensive than the El Rancho, but they certainly don't have the charm and history that this 75-year-old hotel. 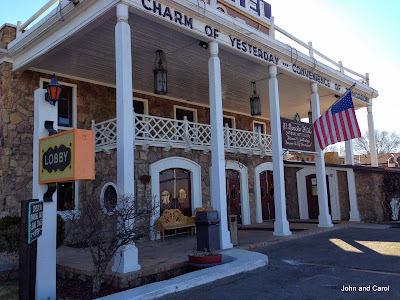 Opening in December 1937, the hotel hosted numerous movie stars while they were filming in the area. Many autographed photographs of the stars adorn the lobby walls and the guest rooms are named for the stars who stayed there. One year, 63 members of the cast and crew of one movie spent several weeks there. 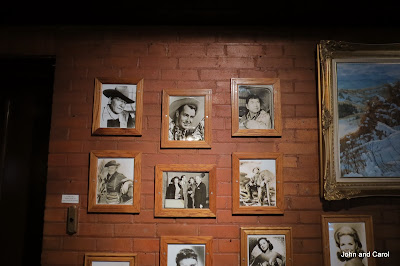 Here is a photo of Katharine Hepburn having her costume adjusted while filming The Sea of Grass. 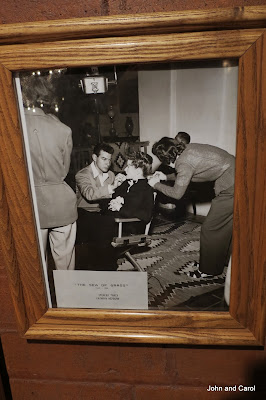 The first restaurant servers where trained by the same folks who trained the Harvey Girls, who waited on customers in the Harvey House restaurants along the cross-country train routes. 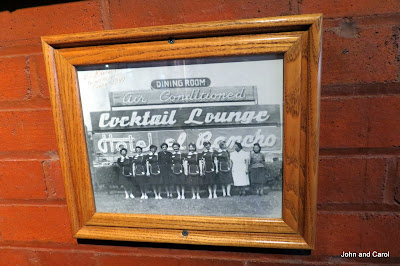 The lobby is very ornate, with a real western feel. 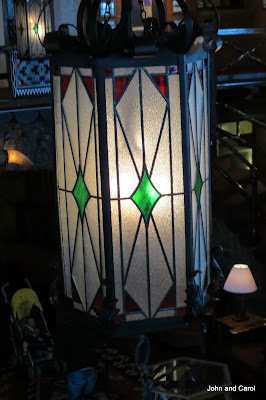 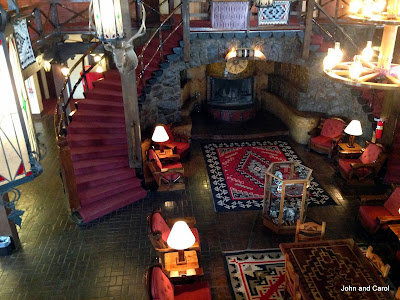 At one time, you could buy 2 cent stamps and cigarettes out of these vending machines. 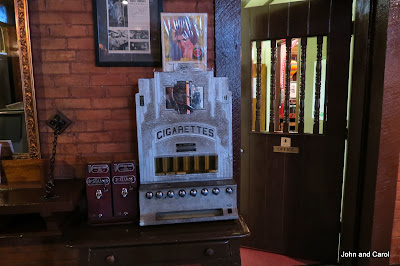 The hallways where the guest rooms are located are lined with murals painted by someone named C. Kahn. They illustrate the cowboy and Indian cultures of the area. You can click on the collages to enlarge the murals. 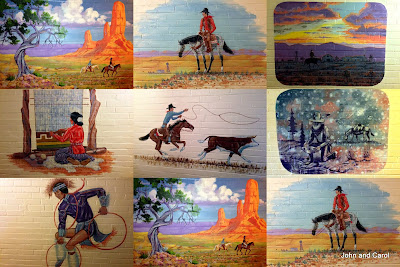 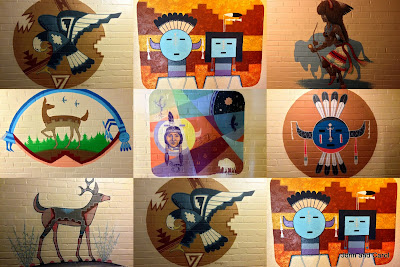 We stayed in the Jane Wyman room. 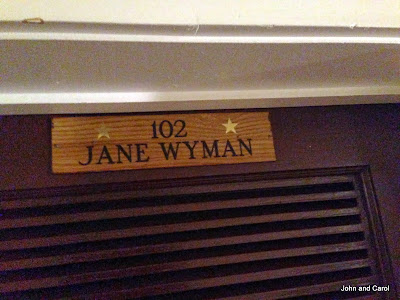 Even though John Wayne was next door 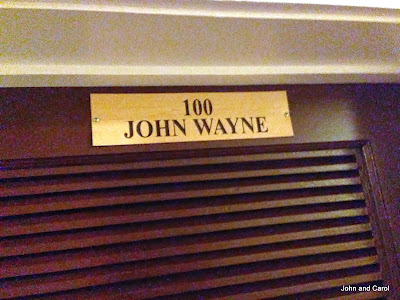 and Kirk Douglas was across the hall, I don't really envy Jane. I would have thought movie stars would stay in large, luxurious suites while on location. It appears that wasn't true in the 30s, 40s and 50s. The room is small. 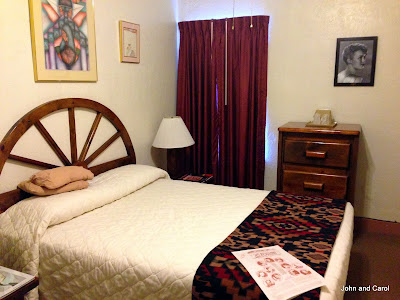 The furniture is heavy--a hallmark of what you see throughout the hotel. 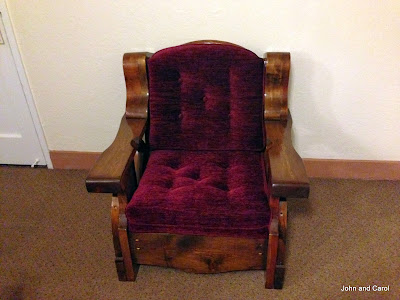 The bathroom and closet are really tiny. And I thought, growing up, that my 3 ft by 3 ft closet was small. 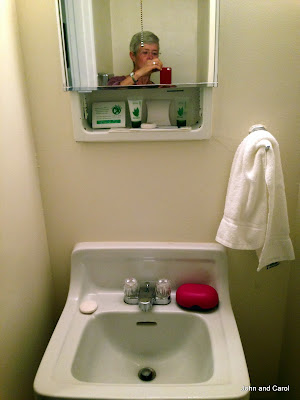 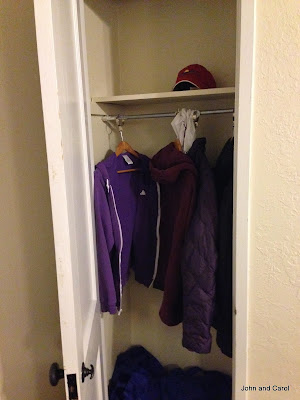 Have you seen doors like this in old buildings? 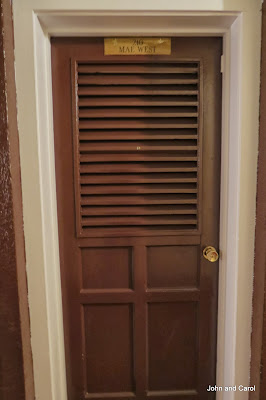 I had not realized that they are a way to control ventilation in the room. There is a sliding panel on the inside of the door that can close out the air or allow it to circulate. 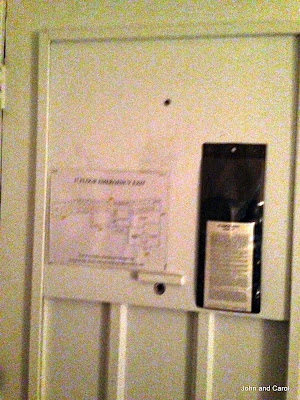 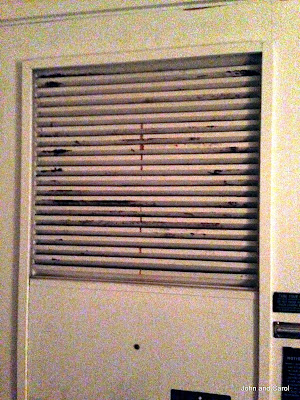 We enjoyed our stay at the El Rancho because of the history and our activities while in town. But the guest rooms leave something to be desired.