Nearly 4 years ago, we spent a few days parked at Patagonia Lake State Park in southern Arizona. When we went for a hike, we encountered people who asked "Have you seen it?" and said "We know where you're going. The word is out." We never saw "it" that spring. But yesterday we returned to Patagonia to go birding and we did see "it." It is an elegant trogon, a tropical bird that visits Patagonia during mating season. 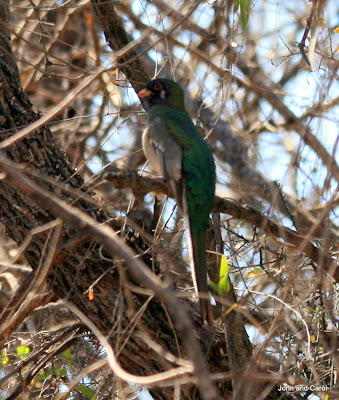 In 2010, I wrote a blog post about birding and described it as "boring" and said we wouldn't be doing it often. Since then, we spent 3 months volunteering at Santa Ana National Wildlife Refuge in Texas and have developed a greater interest in birds and birding. That is why we traveled to Rio Rico this week.

We saw quite a few birds as we walked through the wooded area next to Patagonia Lake. There was a vermillion flycatcher. 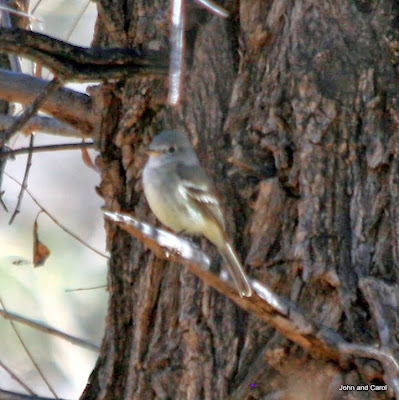 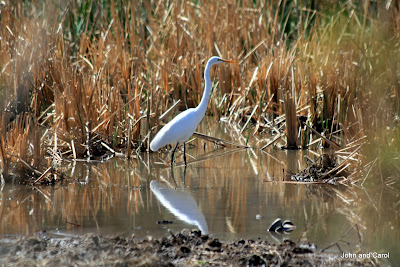 This may be a hermit thrush. 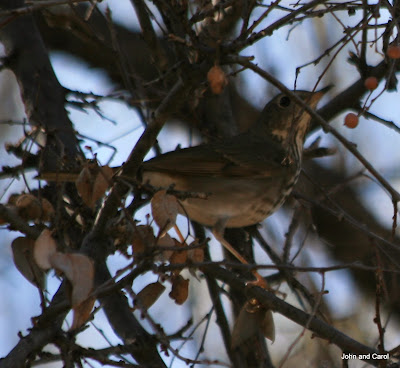 I don't know what this little bird is. 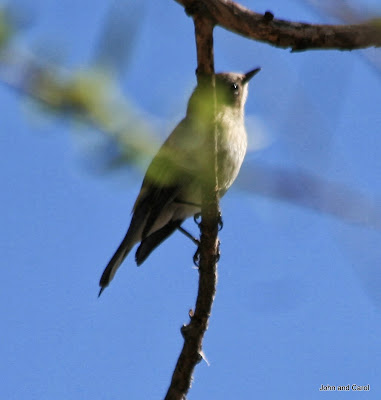 I thought this bird was a northern mockingbird, but they are gray, not brown. So, unless the color came out wrong in the photo, I don't know what this is. 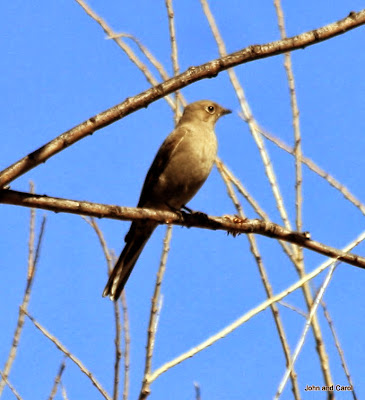 Tuesday, on our way south, we stopped at Madera Canyon just south of Green Valley. It is supposed to be an excellent birding area. We probably came at the wrong time of day (after lunch) so the only birds we saw were western scrub jays. We also saw some mule deer. There were four of them browsing in the canyon forest. 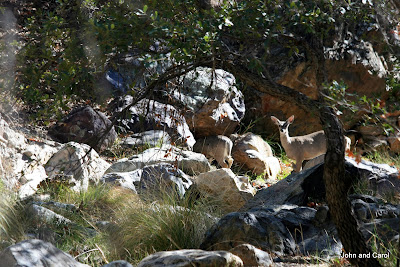 All in all, we had a fun time birding this week. It isn't boring, especially when you see new birds.