Monday our park celebrated Mardi Gras. When I went for my walk about 8 in the morning, some people already had their chairs out to watch the 1 pm parade. 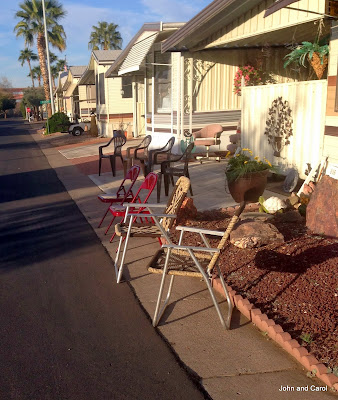 I guess they needed to do that so they had a front row seat. Lots of people were there to watch the parade. 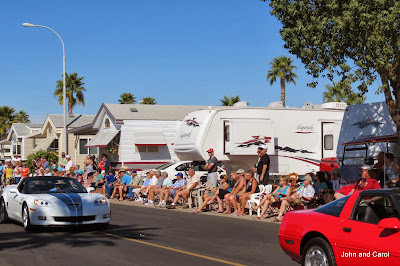 Would you look at Bubbles. She is something else in this costume. 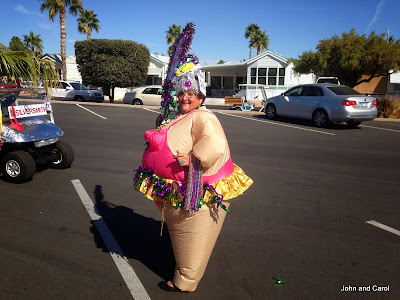 Some floats had live music. 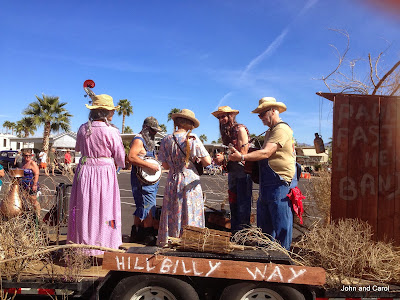 And some entries used recorded music. 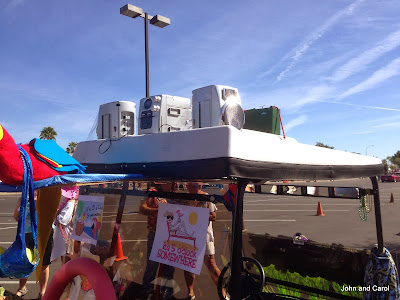 Expensive motorcycles are usually owned by old guys. And they were at the front of the parade. 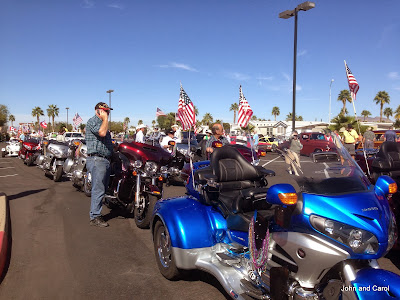 The parade theme was, "It's 5 o'clock somewhere." 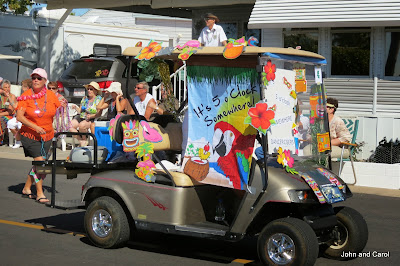 One member of bicycle group asked if that time had arrived yet. 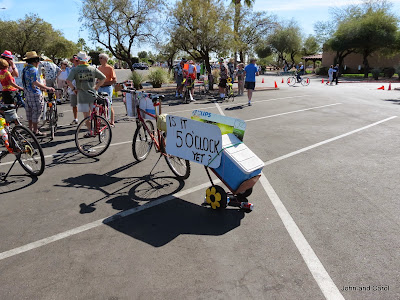 These women were from the singles group here in the park. One of them said, "It pays to advertise." 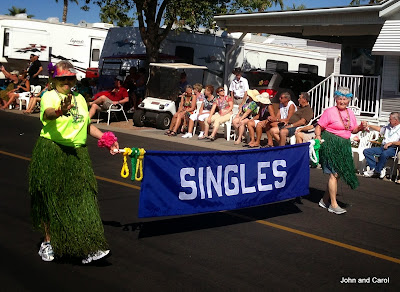 This golf cart advertised the ice cream cones that were for sale in the ballroom. 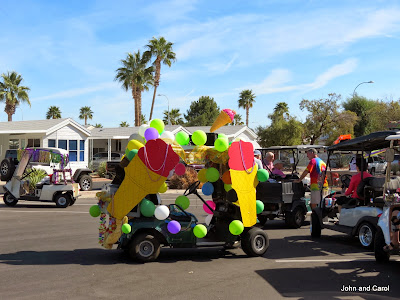 And this car hop was handing out samples. 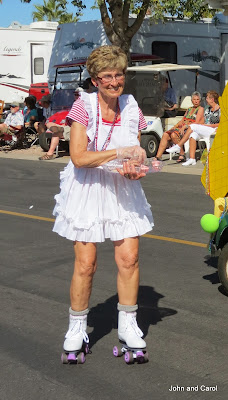 Many parade units were handing out mardi gras beads. 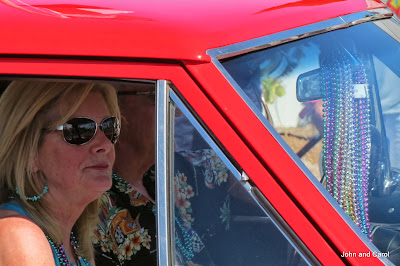 And some had candy. 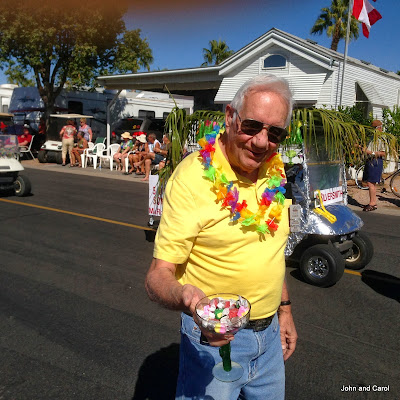 I came away with some of both. 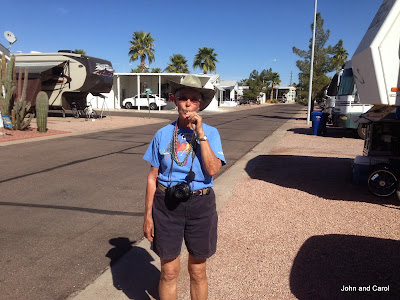 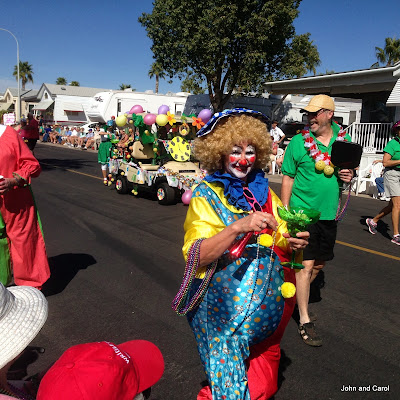 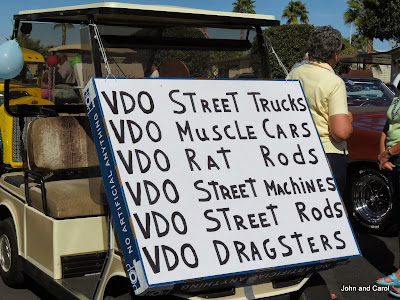 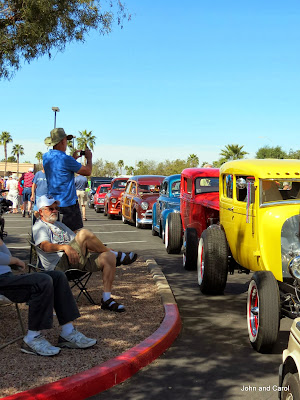 The Ford Mustang is 50 years old this year and the Chevrolet Corvette 61.

And women in outrageous costumes. 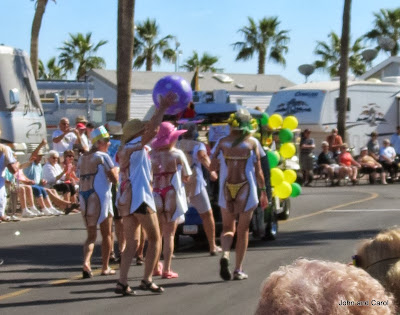