Boys and Their Toys

Saturday afternoon we went for a walk around the RV resort. We saw a bunch of the (gray-haired) boys playing with their toys. Over the summer, this race track for remote-controlled cars was built. Several men were trying to run their cars around the track. It wasn't easy.

Part of the nearby parking lot is closed off so they can race those same kind of cars. Those races have an audience. 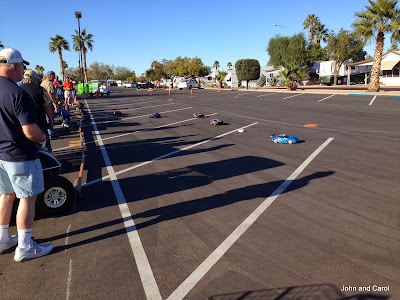 Model trains are a real addiction for many men in their later years. It is an expensive hobby so its not for children, no matter how many young boys receive trains for Christmas. Don't let that fool you. Their dads really are the ones who want to play. These men are building a mountain in the VDO garden railway setup. 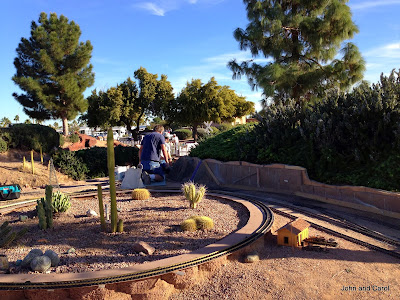 Not to be left out, John spent a few minutes on the putting green. 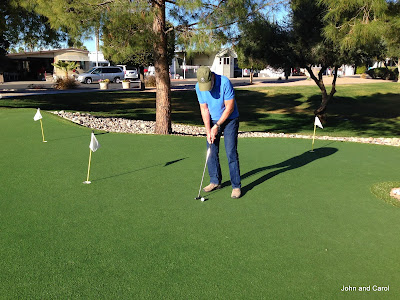 Don't get me wrong, the women here spend a lot of time playing, too. Its just that they weren't out yesterday afternoon. Their games lean more toward tennis and pickle ball. After all, we are in a resort for 55+ active adults.