15 Minutes at the Bird Blind

The other day, I spent 15 minutes at the bird blind, right after the food was put out. There was so much to see.

First, this fellow--not a bird! 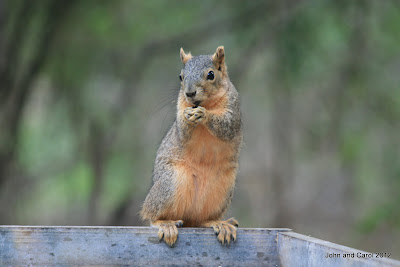 He ate some seed, then retreated to the trees to scold all the birds that were coming to feed. He kept telling them to go away (I guess), but they didn't pay any attention.

These White-tipped Doves were the first birds to appear. 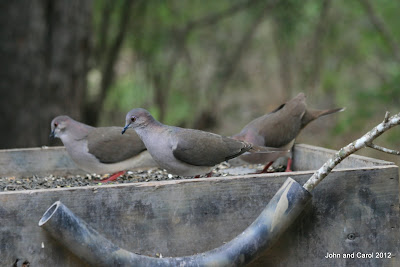 The Altamira Oriole had a feast at the orange half. 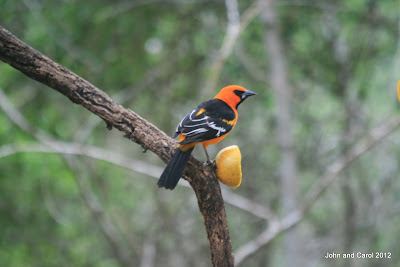 I was thrilled to see this male Cardinal. I had seen them flying across the tram road several times. But this fellow sat still long enough to have his portrait taken. 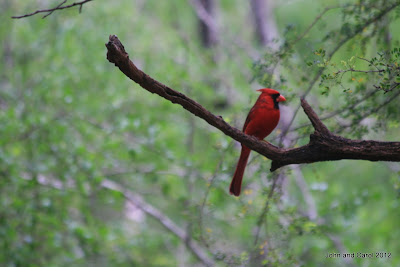 I even saw a female Cardinal, though the photo is kind of blurred. 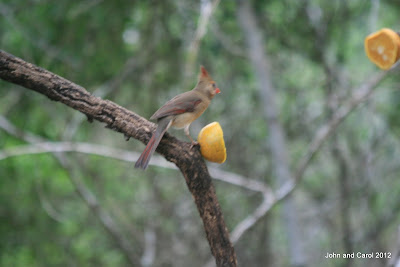 A couple of Green Jays watched from a distance. I never saw them feeding. Maybe after I left? 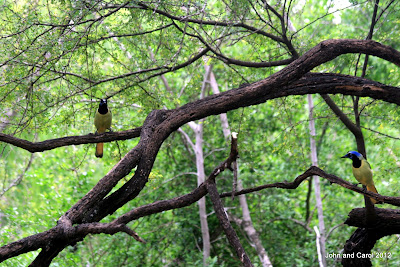 It was a great opportunity.
Posted by John and Carol at 6:07 PM