The geology in Utah creates many beautiful and unusual rock formations. After leaving Bryce Canyon, we came to Torrey where we have driven the scenic road and hiked during the past week. We have been here before, but it was still worth it to spend time this year. The formations are different than we saw in Bryce. Not as many hoodoos. 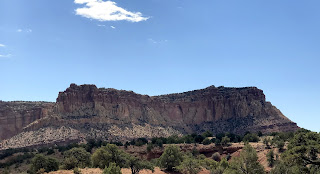 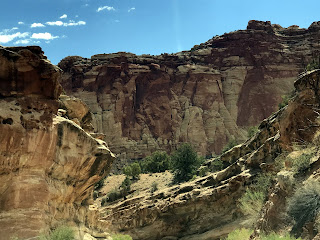 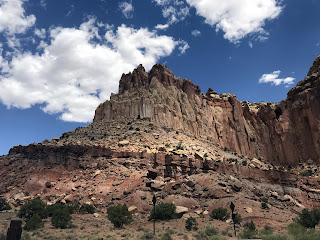 We were interested in the steaks of color running down the cliff faces. I think the dark color is called varnish.  I wonder if the light streaks are dissolved light-colored rock. 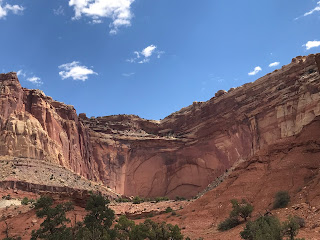 Here you can see the many different layers of rock running across the landscape. 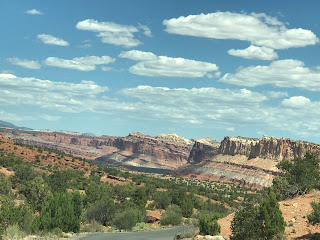 On Tuesday we hiked the 2.2 mile Grand Wash.  That make a 4.5 or so mile round trip.  We were dwarfed by the high rock walls in the wash. 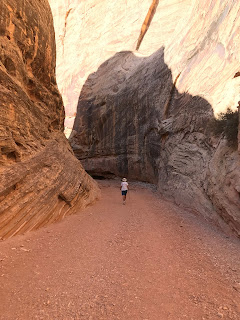 We found this free-standing rock in the wash.  Thought it looked like a space ship.  Are we sure we are in Utah and not the weird part of New Mexico? 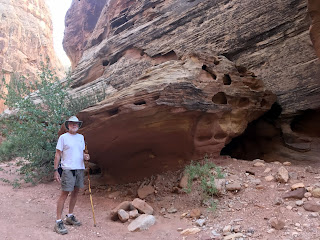 John climbed up into this small cave for a rest. 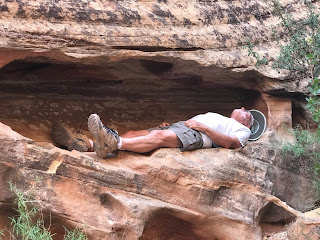 The national park includes the early settlement of Fruita where Mormon pioneers planted several orchards.  Visitors were able to pick the ripe apricots while we were there.  They are charged only a small amount for every pound of fruit.  The apricots were so small, we passed on picking any. 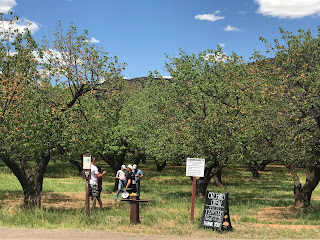 It isn't often you see a marmot crossing. 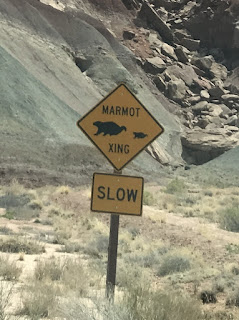 Capitol Reef is named for a large white stone formation early explorers thought looked like the dome of the U.S. Capitol.  The white formation on the left here may be that dome. 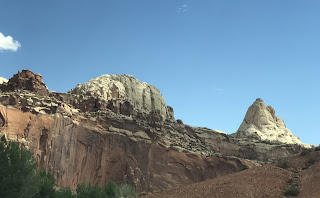 On the 4th of July we hiked the 1 mile trail to Hickman Bridge.  Not far from here at Arches National Park there are lots of bridges.  There aren't so many here but we found here. 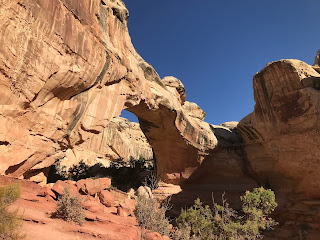 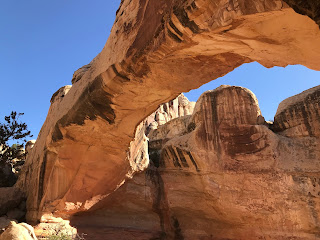 Nearby, John noticed another small arch or bridge. 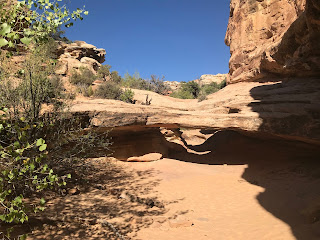 As we headed back to our truck we walked up this staircase.  It looks a lot more like stairs then the Grand Staircase we drove down last week. 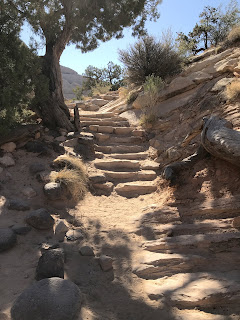