Every day, we try to walk five miles--10,000 steps. Most of the time, that involves walking round and round in our RV park, at others times on the streets of nearby towns and cities. Yesterday we hiked in Mesa Verde National Park, a refreshing change from our usual routine.. This is at least the fifth time we have been to the park, so instead of visiting the ruins, we found a good hike. That was a good decision in more ways than one. The park was filled with visitors. As we drove to our trail head, and as we walked down to the trail past the entrance to Spruce House, the park and trail were packed. But once on the Spruce Canyon trail, we only encountered only two other hikers. We were glad we chose the trail less traveled.

On our way into the park, we had great views of the valley below. 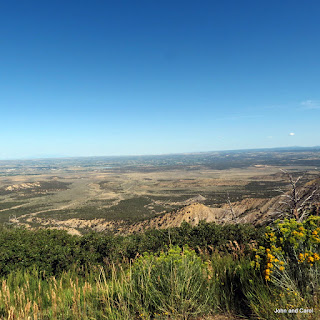 We also saw a lot of evidence of forest fires from years ago. 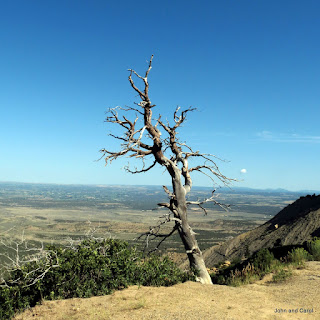 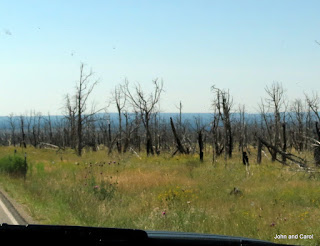 As we went down into Spruce Canyon, we could see the walls of the mesa. 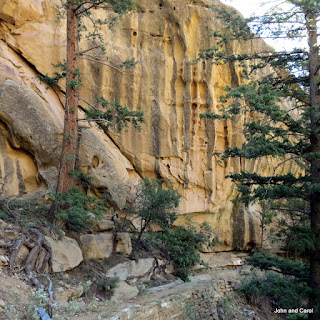 In some places there were bridges across a small waterway. It was dry when we were there. 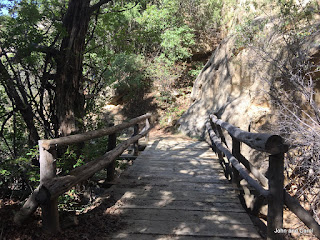 In other places, the trail went though thick green vegetation. 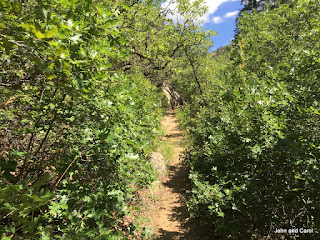 We also saw interesting rock formations.  This looks like a stream in the foreground, but it is all rock. 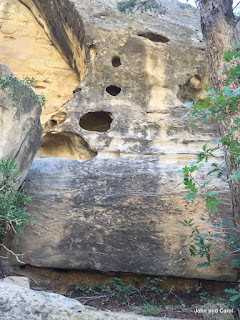 We had a great hike. And there was an advantage in not visiting the many ruins in the park. It made me think about what life was life for the cliff dwellers of long ago. We have paved roads and stairs and groomed trails to navigate Mesa Verde (the green mesa). They had to climb up and down the stone walls and walk cross country, both on the mesa top and in the canyons. I can't imagine what that was like.

This statue stands in front of the Visitor Center and it really blows my mind to think of climbing to a cliff house or the mesa top this way. I have included three views of the statue so you can get a better idea of what the man's life was like. 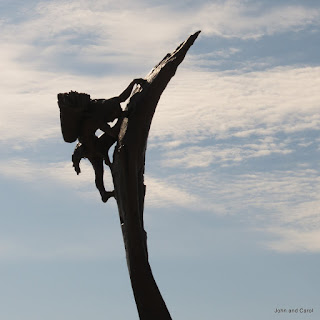 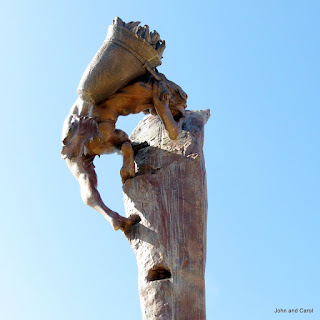 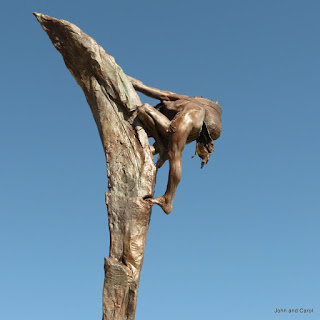