Sights Along the Way

I'll share some of what we saw in Pagosa Springs and Durango as we sought to renew of driver's licenses.

The Pagosa Hot Springs are the hottest--at 145 degrees--and deepest in the world, according to the resort town. The public fountains and pools are accessed through this Pagosa Springs Bathhouse. 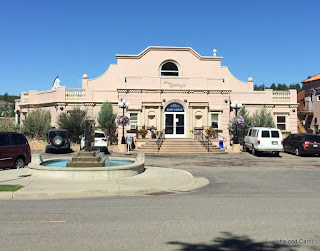 This is a view of some of the pools where visitors can use the waters. The natural spring water is way too hot to go into, but it is mixed with water from the San Juan rive to form pools of varying temperatures. 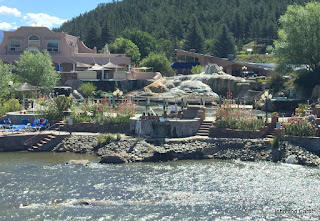 A nearby park has this giant chess set for children and adults to play with. 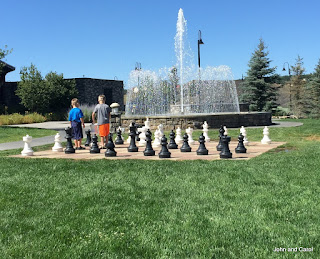 Many of the historic buildings downtown have been updated or restored. This old building appears to still be in its original condition. The town was incorporated in 1891. 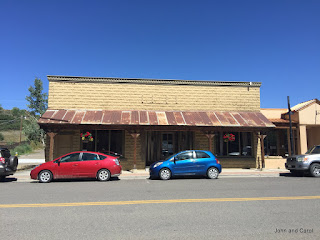 Durango, to the west, is larger than Pagosa Springs and is the location of Fort Lewis College. According to Wikipedia,

The city is a busy tourist and college town and the home of the Durango and Silverton Narrow Gauge Railroad. It was a very prosperous town, established in 1881 by the Rio Grande Railroad to serve the San Juan mining district. The Strater Hotel gives you a feel for what the town was--and is--like. We stayed there years ago and it is a great hotel. 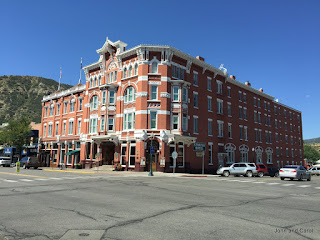 This is another attractive downtown building and one of the statues along Main Avenue. 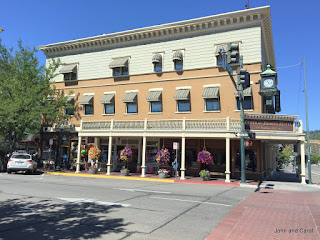 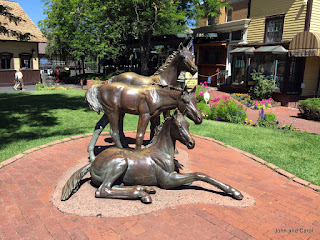 We found this mural on the side of one building. 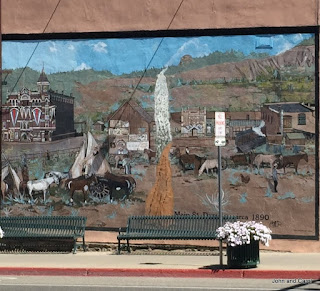 We checked our a french bakery and found lots of luscious-looking goodies inside. 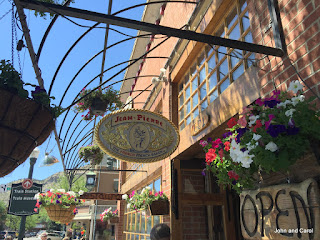 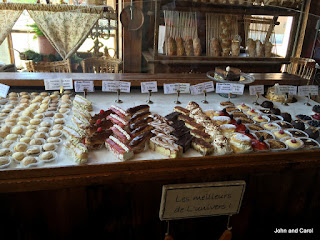 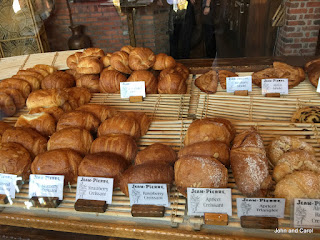 This is one of the large, attractive homes in the downtown area. 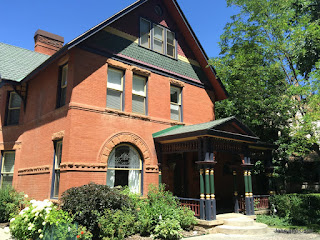 Another attractive home, though smaller, had this metal ring embedded at the curb. Do you suppose it was to hitch a horse? 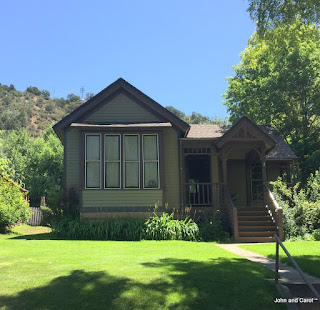 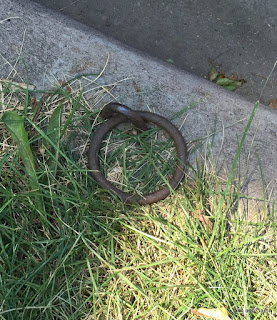 Renewing our licenses was a necessary task, but accomplishing it brought interesting sights along the way.
Posted by John and Carol at 2:53 PM