You really can't beat the beauty of northern New Mexico and southern Colorado. The two areas are so similar, I wonder why they are in two different states. We enjoyed our stay stay in Chama. The wildflowers are spectacular. I think the red flower is about to wilt, but it is a beautiful color.  Many of the flowers are yellow. 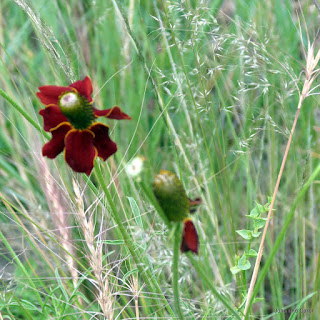 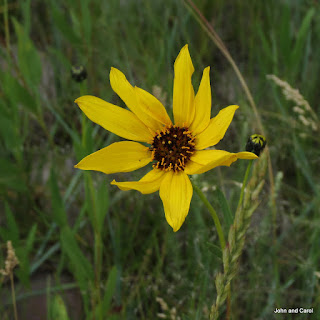 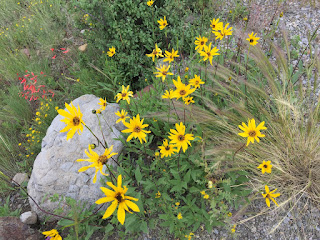 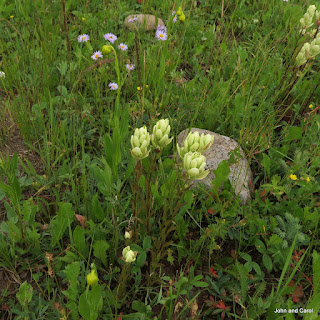 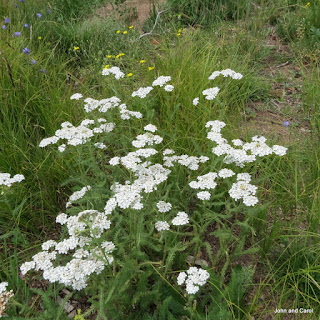 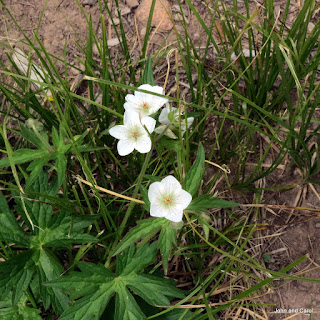 Can't forget the lavender ones. 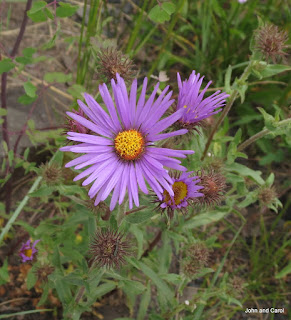 Sometimes, when flowers go to seed, they are also beautiful. 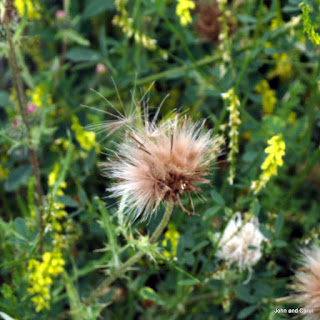 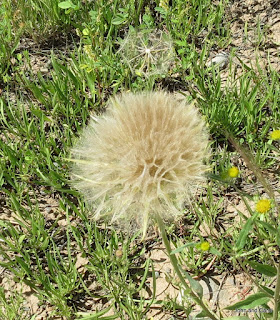 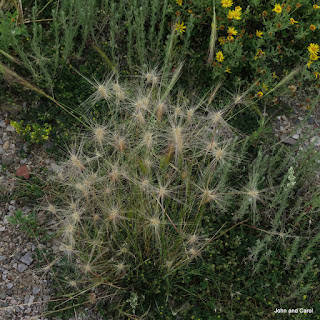 And talk about carpets of flowers. We saw these while walking in the Edward Sargent Wildlife Management Area, others from the train, and a few were above 10,000 feet in the NFS Trujillo Meadows Campground. We had camped there years and years ago (in a tent and before our second son was born). We really enjoyed it. Since it is right beyond Cumbres Pass, we ate our picnic there after chasing the train. 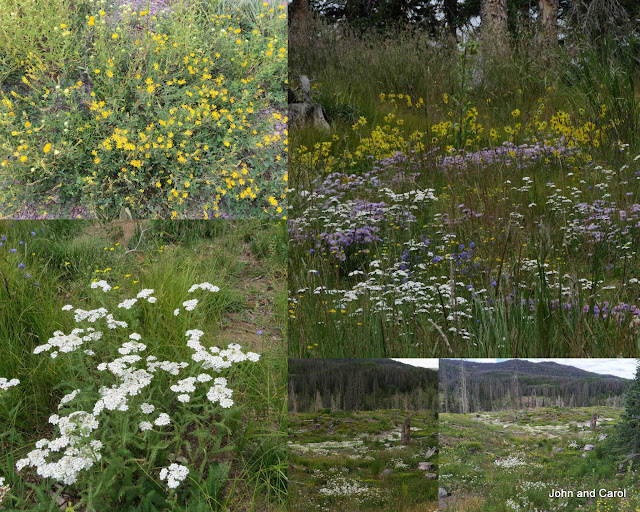 We saw a doe on a hillside while walking in the wildlife area. As I zoomed in to take a picture, I realized she also had a fawn and it was nursing. How cool. 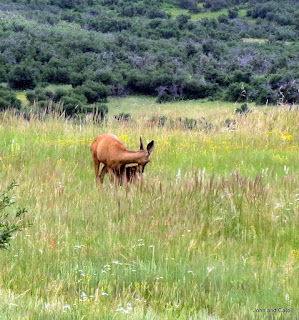 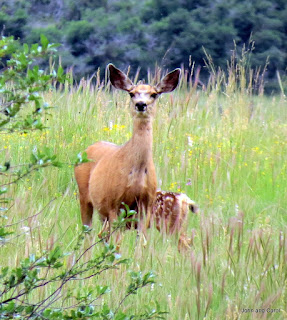 There was also a solitary dead tree along our route. It had been killed by lightening, but was still standing. I don't know if I took this photo or John did, but you can see what the scene looked like to us. 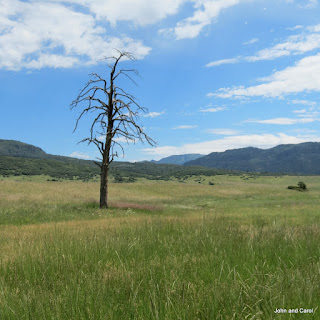 Somehow, I set my camera on sepia in the custom colors setting.  It makes an interesting picture, too, doesn't it?  It looks like a lot of old pictures that were printed early in the last century. 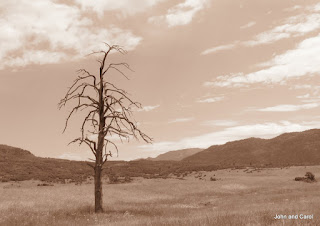