We are continuing our battle against "stuff." I have blogged about our battle with "stuff" since January 2009 and again in February of the same year.

The subject came up again in September 2010 when we decided to get rid of a lot of what we had in storage. Last March we decided to bring everything that was still in storage in Colorado down to Arizona so it would be easier to get to and sort out.

Now, since we have bought a house in Arizona, it was time to pare down even more. In April, we will have an addition built on the house to provide a workshop and storage. The goal is to get rid of enough "stuff" that everything will fit in this house.

We were renting a 10 x 10 storage unit. We have been bringing boxes to the house and/or RV and sorting and throwing. This is what the contents looked like a couple of weeks ago. 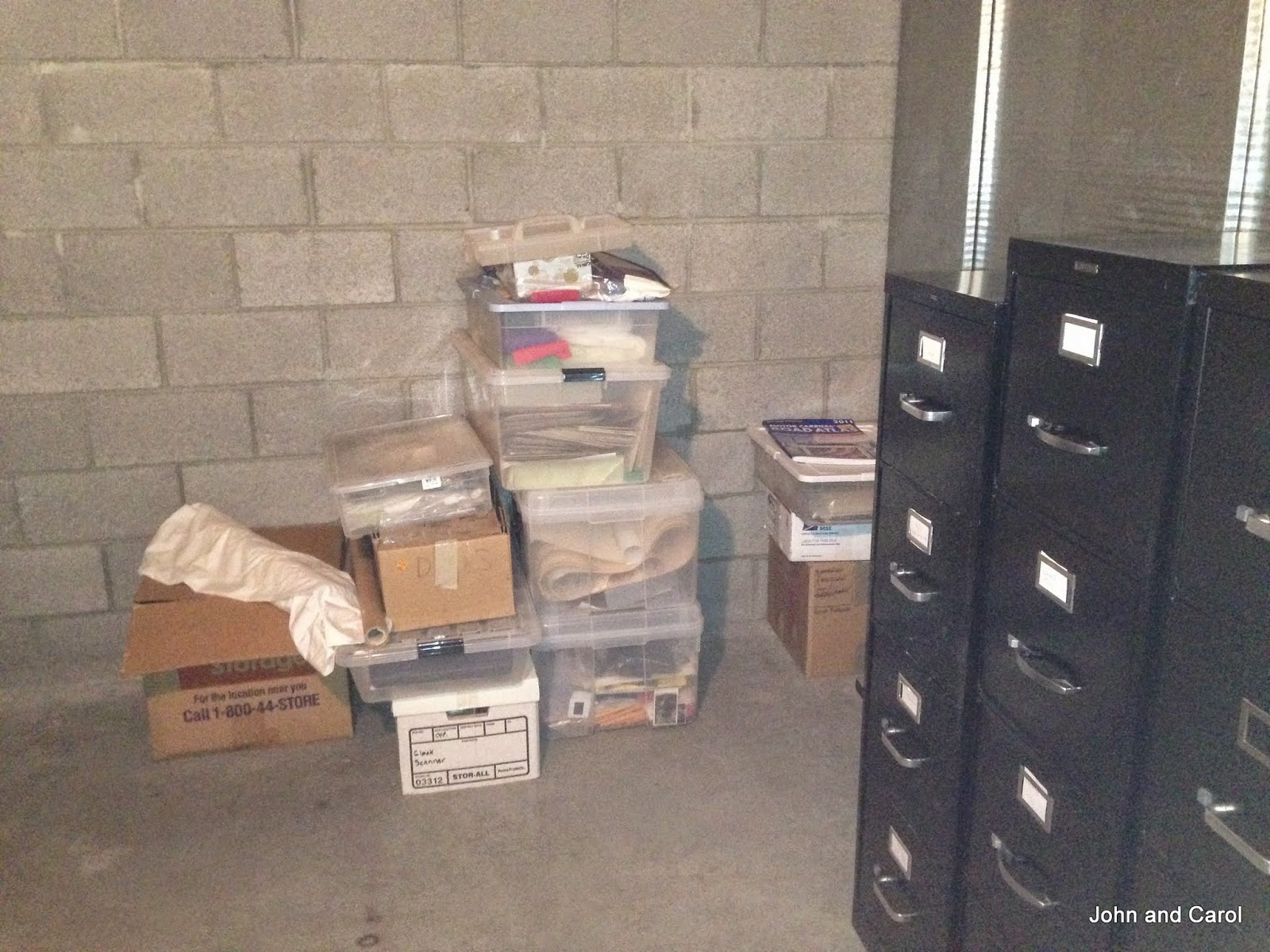 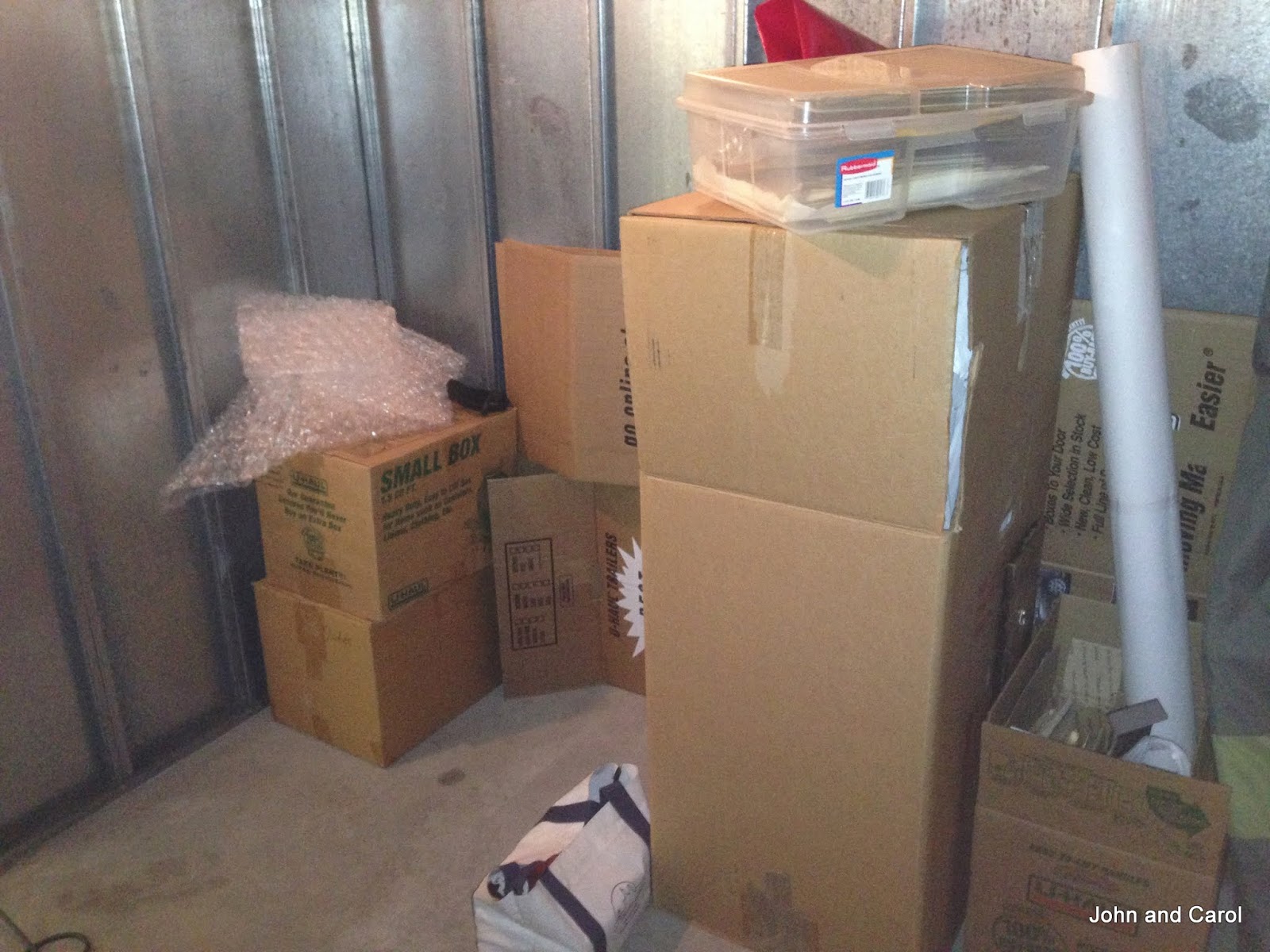 We reached the point we could switch to a 5 x 10 unit. 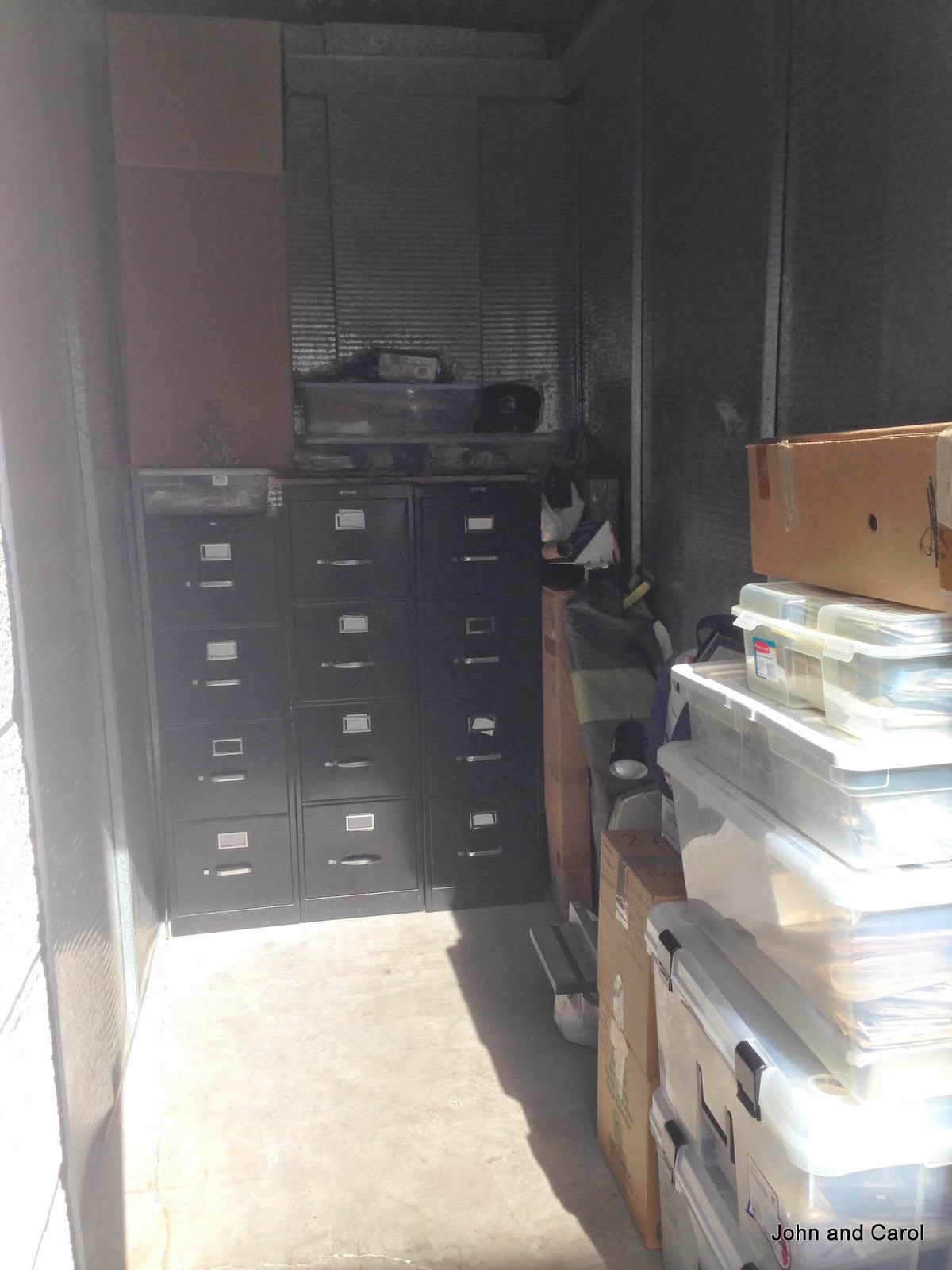 We were happy to see the larger unit EMPTY. 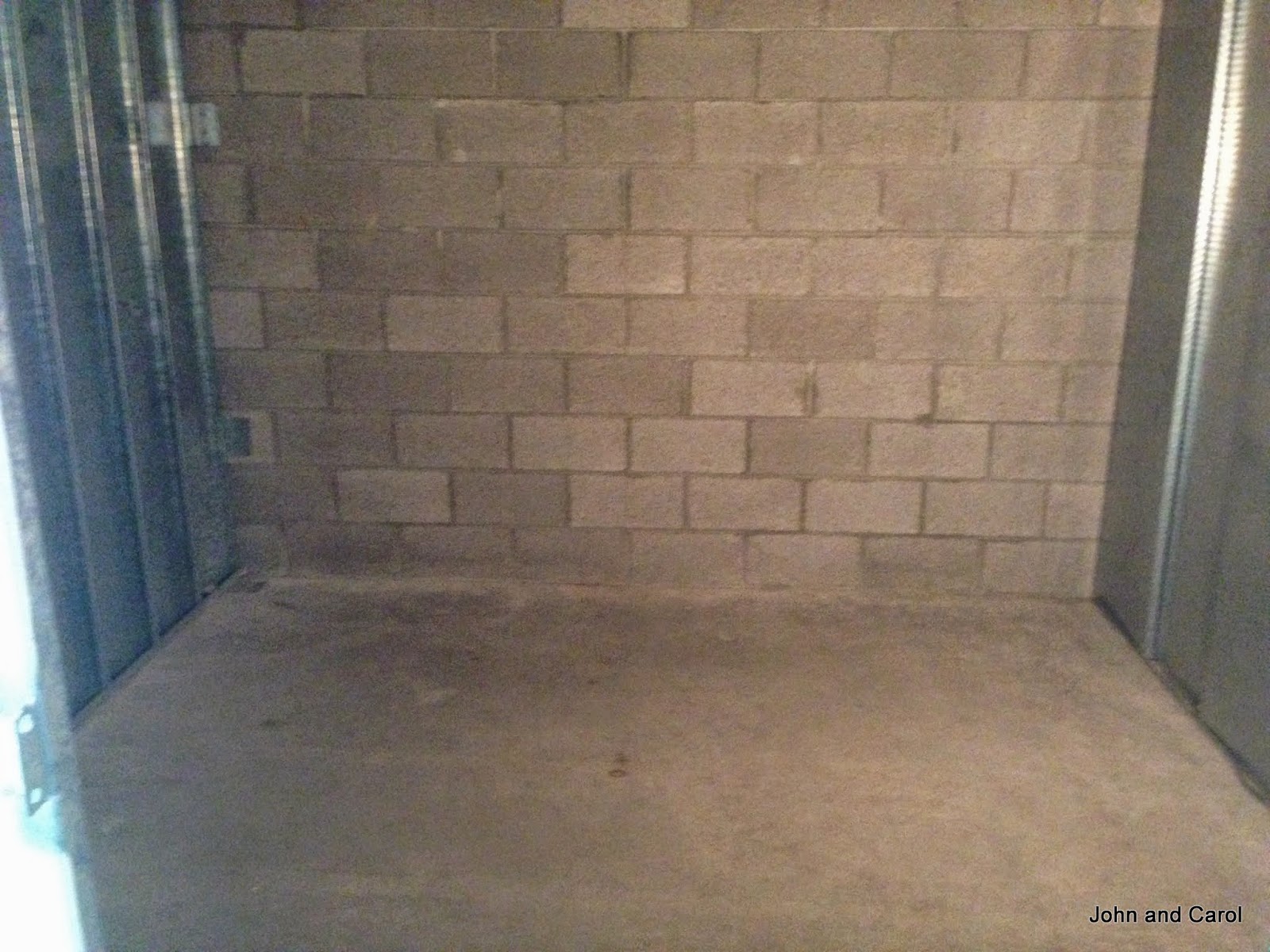 That feels good (and saves us money). Now we have over 5 months to reduce this to what we can store at the house. Wish us luck.

Have you seen the RV reality show "Storage Wars"?  The day we moved to the smaller storage unit, one of the parking aisles was full of cars.  Two or three abandoned, unpaid units were being auctioned off.  But it wasn't like on TV.  We did hear the auctioneer.   But it only lasted a few minutes.  Then everyone left.  No drama there. 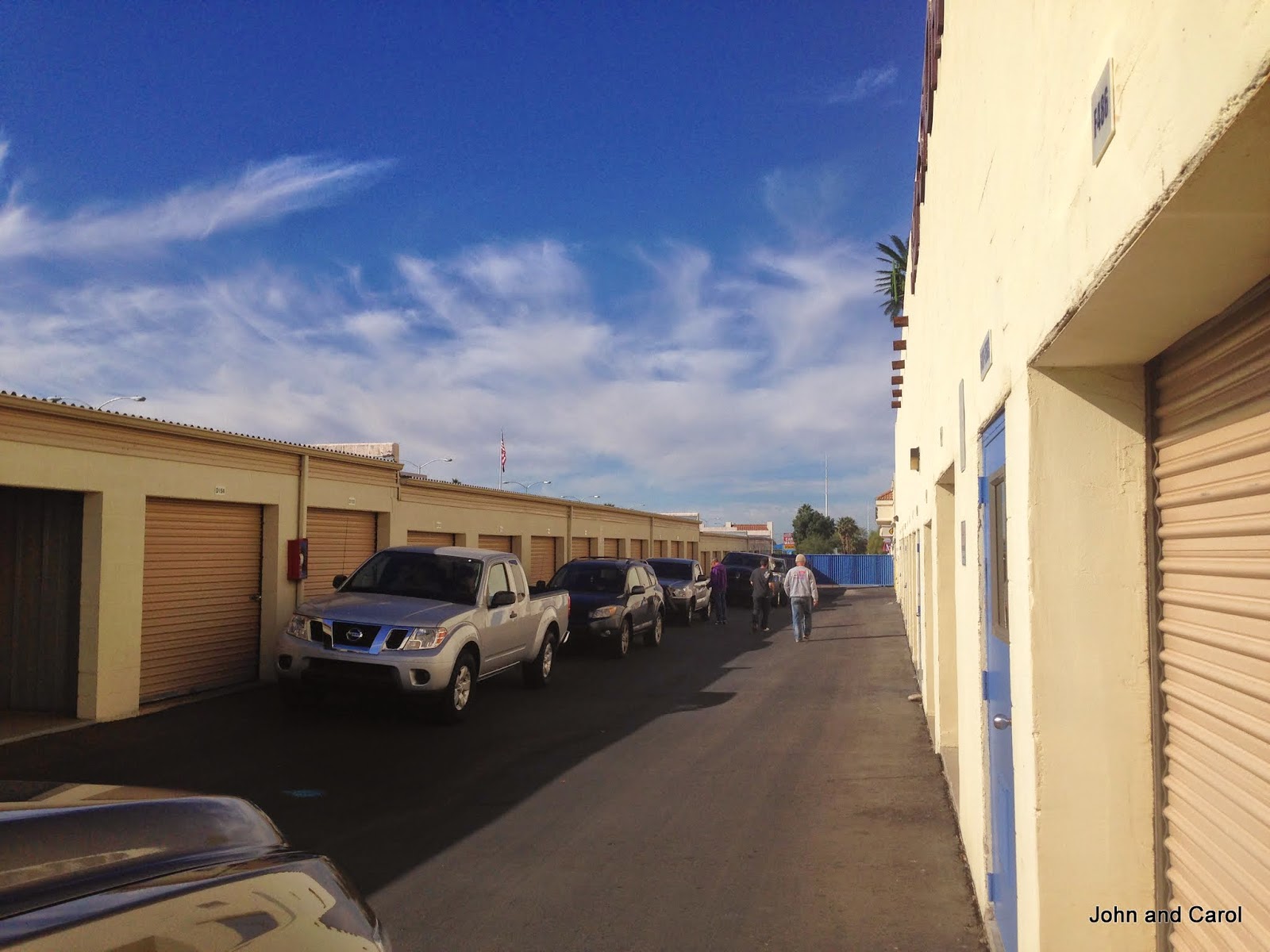