A Day in the Sun

Last week we went on a good hike on the Lost Goldmine Trail with friends Ron and Barbara. We all thought it was a fairly easy trail and not too long. It was good to get out into the Arizona desert, an environment we have come to love. 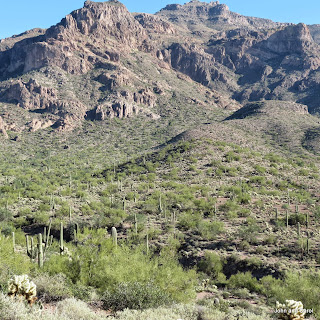 There were lots of saguaro cacti. 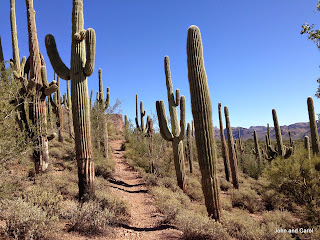 This saguaro was oddly shaped at the top. I wish I could remember what this kind of growth is called. 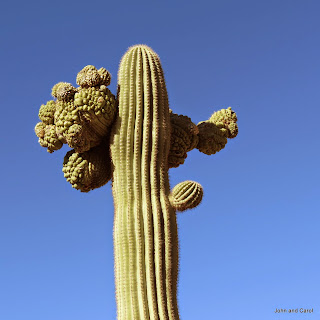 Doesn't the arm on this one look like Micky Mouse? 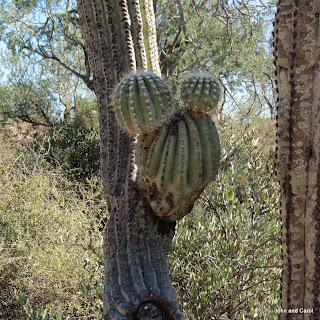 And the cholla were pretty with the sun shining on them. 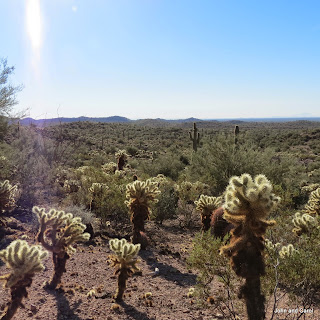 We had great views of the Superstition Mountains as we hiked. 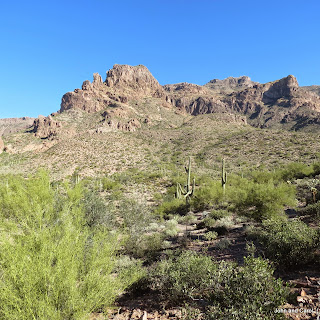 John took pictures of Barbara and me. 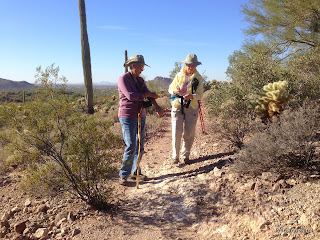 And another of Ron. 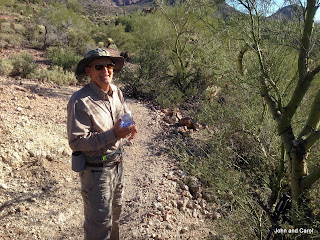 Barbara and I were talking so much, John and Ron were quite a ways ahead of us.  I took this picture. 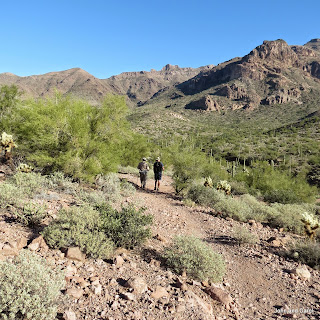 The Lost Goldmine Trail is about 6 miles long, one way. We only took one car, so we planned to hike until we thought we were half done, then turn back to the car. After about 2 miles, Ron said he was going back to the car. Barbara suggested the rest of us could hike to the other end of the trail (which we thought was 5 miles from where we began) and Ron could bring the car to the far trail head. So, that is what we did.

But is wasn't just a 5-mile hike. It didn't even feel like it was 6 miles. Our pedometers showed about 17,000 steps, which would translate to 8 1/2 miles. Since everything I have read, says the trail is only 5.7 or 6 miles, I guess we took lots of really small steps. Let me tell you, we were really glad to see Ron and the car waiting at the trail head. 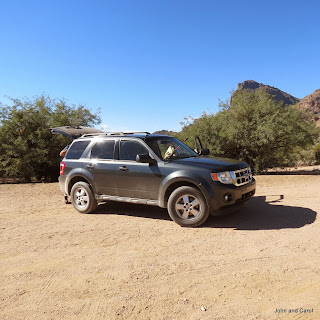 Ron and Barbara brought us back to our RV resort. We bought sandwiches at the Cactus Deli and then they were our first guests in our new winter home! What fun it was to show it to our friends. 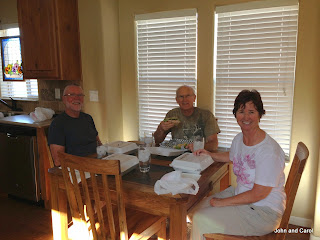