Saturday, we joined with 34 other members of Epiphany Episcopal Church in Tempe, where we attend, for the annual fall clean-up day. We were assigned to the crew removing some cactus plants along the north wall of the church. There were a number of purple prickly pear cactus that had been infested with cochineal, an insect that leaves a white powdery substance on the pads of the cactus. (In early 2012, we volunteered at Santa Ana National Wildlife Refuge in Texas, along the Rio Grande River. There we learned that cocineal was used by the early Spanish clergy to die bishop's robes. You can learn more about the insect and the dye in this Wikipedia article.) 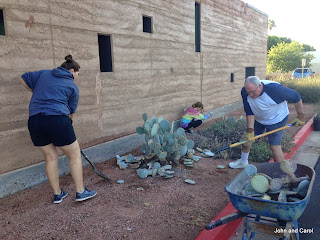 The unwanted prickly pear plants where put onto a tarp, then hauled to a dumpster. 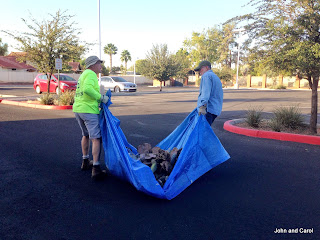 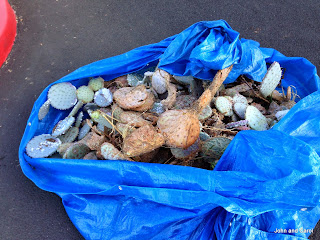 Next, we dug holes for new plants. 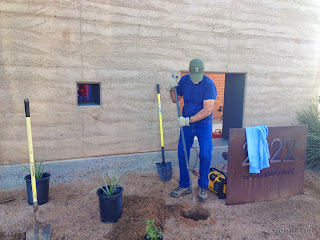 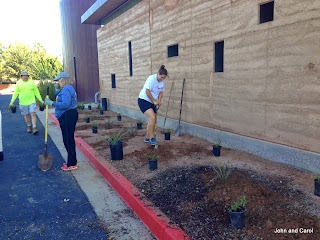 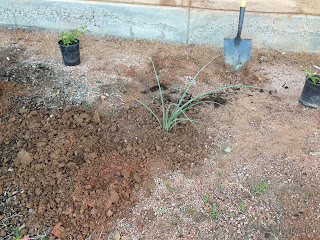 Finally, all the plant along that wall were in place. 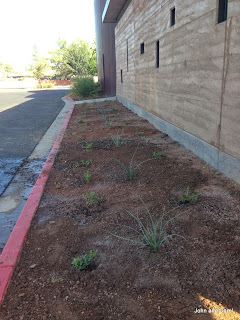 Around the corner, there were even larger pots of vegetation to be planted. That meant large holes to dig. But John was up to the task. 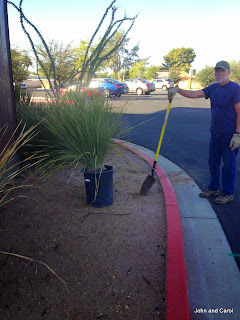 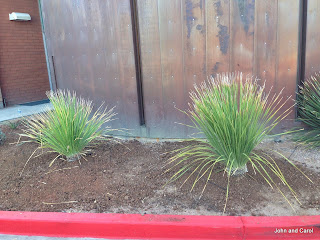 In other areas of the grounds, people were trimming trees and bushes. 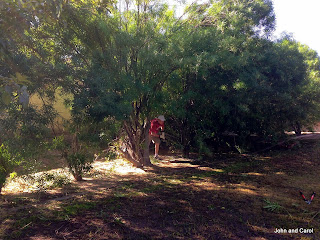 That meant the trimmed branches had to be picked up and taken to the dumpster. 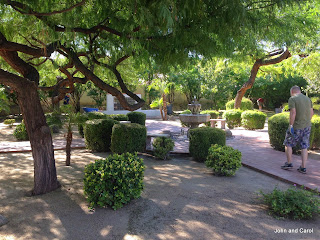 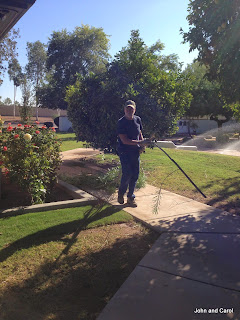 Just look at how full the dumpster was. 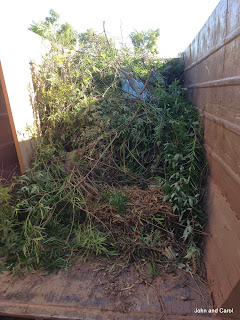 A group of women spent the morning cleaning and organizing the parish hall kitchen. 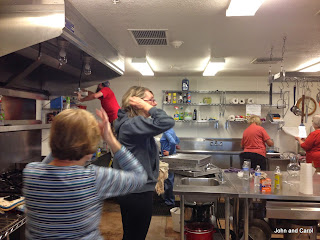 Another group cleaned a very dirty, very old, very crowded basement. That explains why this woman was in a hazmat suit, going through the old church records they found there. 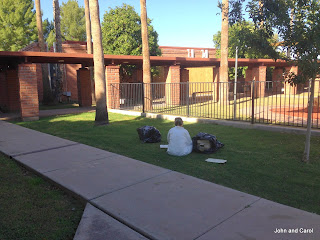 Finally, most of the work was done and lunch arrived. Everyone there was happy to share in this feast from Subway. 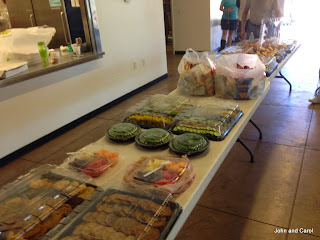