We visited the RV and Motorhome Hall of Fame and Museum this week. It recalled so many of our early family memories. Early in our marriage, we went on a couple of trips with John's parents in their Airstream trailer. It was fun, though a little cramped. On one trip, John's brother Tim was also there. On the other, two of our nieces, Kim and Tina, came along. The trailer only had beds for 4 people. 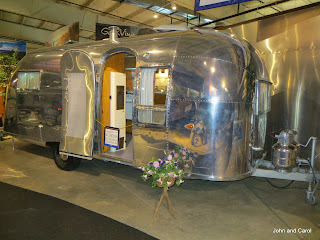 We were tent campers for years, after our two sons were born. then we bought a van. It didn't have a kitchen or other RV amenities, but we could and did sleep in it a few times. This Starcraft reminded us of those times. 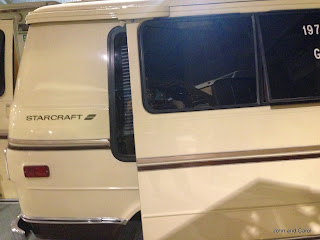 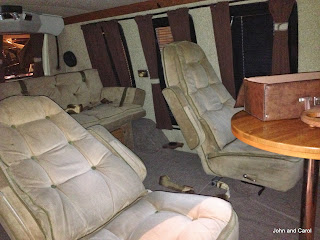 Next, we bought a Coleman pop-up tent trailer. Today, our son Eric owns it. Before that purchase, we borrowed John's sister Cindy's tent trailer for a trip to the east coast. It wasn't much different from either of these. 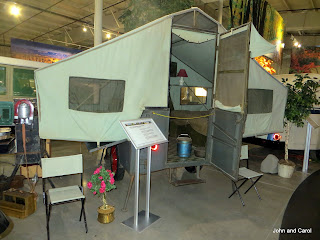 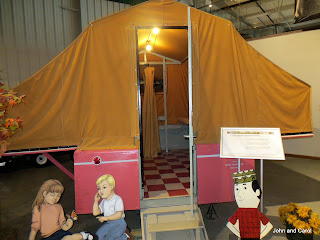 Cindy's did have a little better interior than this, to be sure. 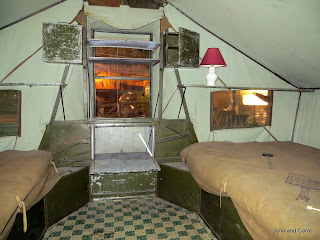 The first home we bought was a 12 x 60 mobile home. The interior of this 8 x 42 "house trailer" reminded us of that. It also recalls Lucy and Desi's RV. 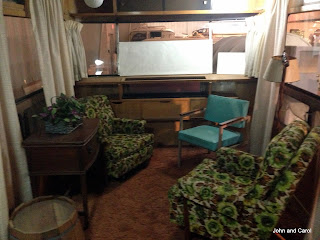 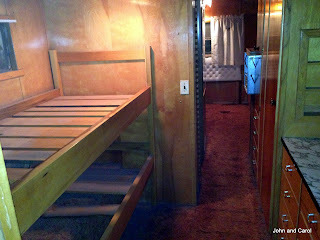 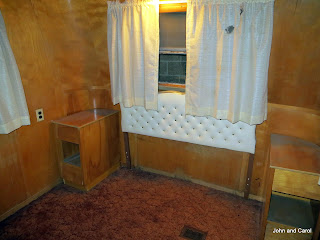 The museum had even older RVs.  The Covered Wagon unit was built in 1929, the first production RV in the country.  The company was the largest trailer manufacturer in the 1930s. 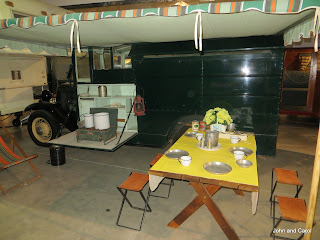 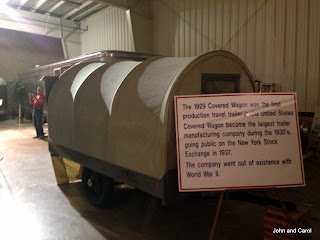 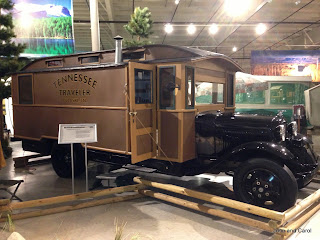 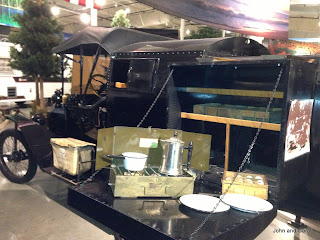 Look at these interiors. Today's RVs are certainly more comfortable and attractive. 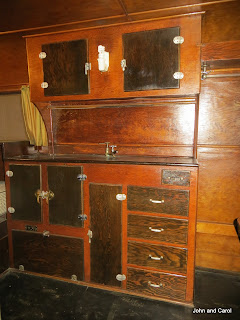 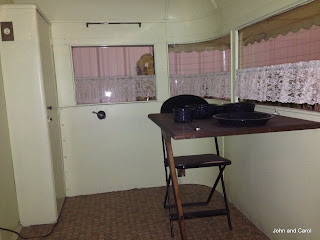 This unit looks more like a railroad car than an RV--it has a rear platform. 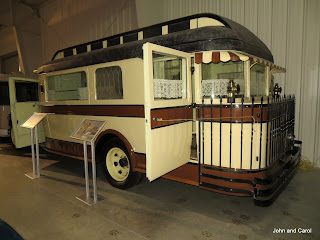 This one has a trunk on the rear end. 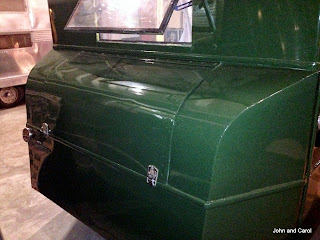 This is called the Mae West, built to convince the performer to sign on with a movie producer. 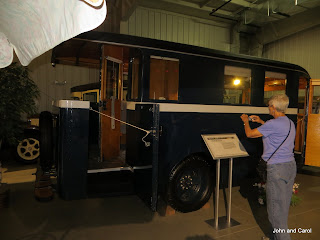 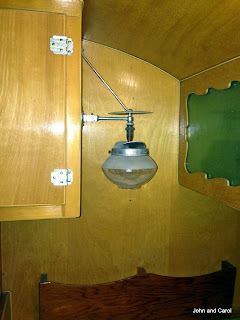 And look at this stove. 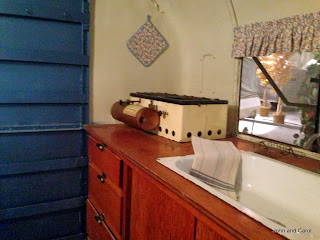 What's old is new again. We regularly see teardrop trailers in state parks and some commercial campgrounds. They were made in the early years of RVs, as well. 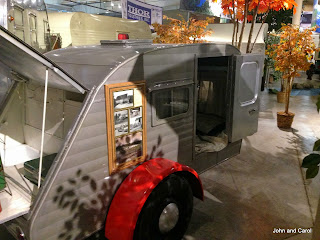 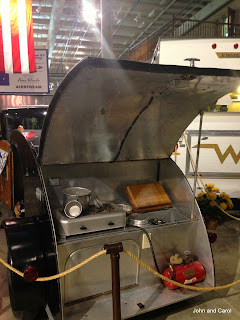 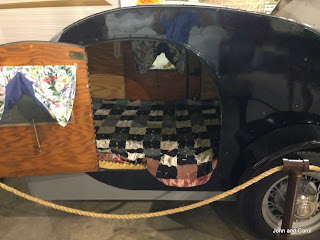 This museum visit brought back so many memories.  After all, camping and RVs are all about making memories, aren't they?
Posted by John and Carol at 6:04 PM