This has been the year John and I turned 70 years of age. That was impressive to us. But even more impressive and important is turning 80 years old. John's older sister, Kendal, hit that milestone this past week and our family gathered last Saturday to celebrate.

Her cake had a sparkler candle for every decade. (They were very hard to blow out.) 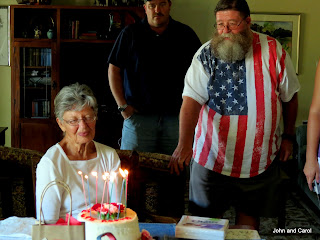 Every time we get together as a family, there is the mandatory photo of the brothers and sisters. 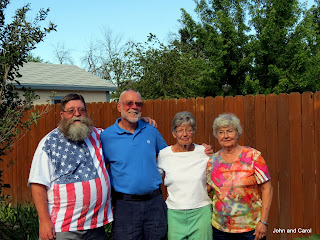 And here is one of just the two sisters. 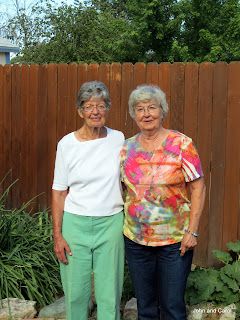 It was a warm, sunny day as Scott cooked the hamburgers. Kim wanted to make sure he did them right. Tim, Diane and Jennifer also came out to check on the meal-in-progress. 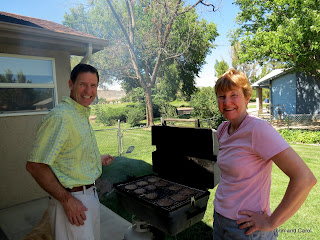 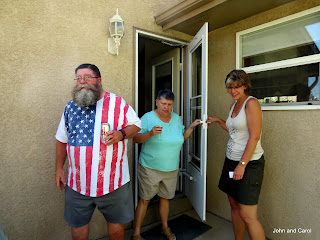 Over the years, we have all brought our pets along to family gatherings. This time, it was just Kendal's dog Bailey and Jennifer and Scott's dog Rosie. 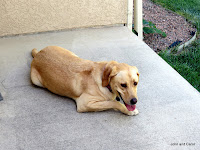 Sarah loved playing with the youngest member of the family, Benjamin. His parents are Nikki and Brian. 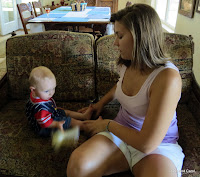 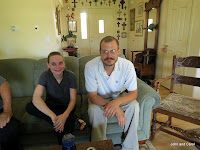 Mike was there with his two sons, Alex and Kody. 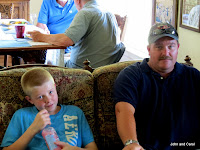 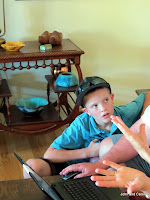 Megan and Gabe and four of their five children--Andre, Jarid, Victoria and Jordan--were able to come for the party. 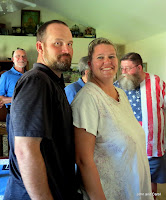 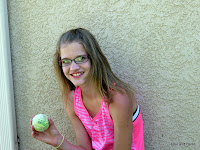 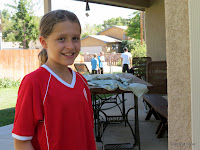 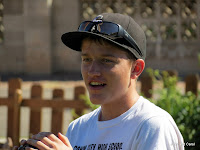 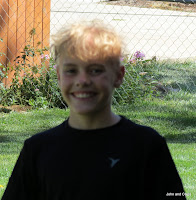 Scott and Cindy's husband John had a serious discussion about the food that was being served and Scott also spent time with Ed and Dorothy and their friend from Scotland. 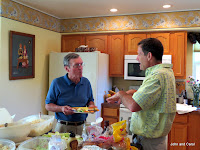 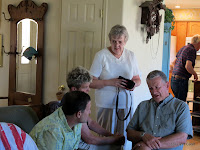 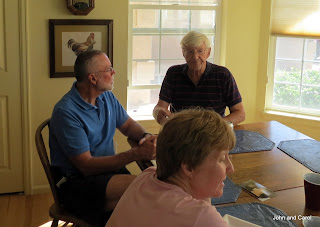 It was a good time with family before we left Colorado until next summer.