Steam Train on the Cumbres and Toltec Line

Today we went on another trip ride--the Cumbres and Toltec train.  We took the train from Chama to Osier, where we had lunch, then back to Chama.  Here we are in front of the train in Osier. 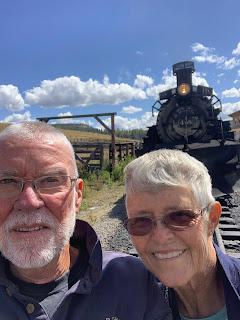 This is our train. 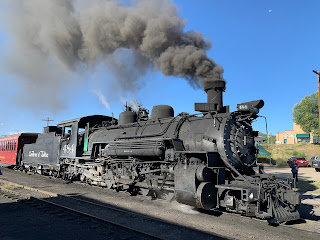 The interior of the old coach passenger car--before any passengers took their seats. 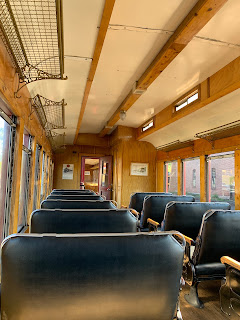 The train was pulled uphill by a double header--2 engines and tenders to pull all the passengers uphill. 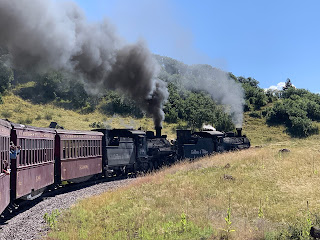 Lots to green forest, rather than the burned trees we saw on the train over LaVeta Pass. 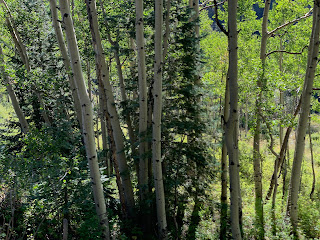 At Osier we were served lunch.  We both had meatloaf.  The other entree choice was turkey. 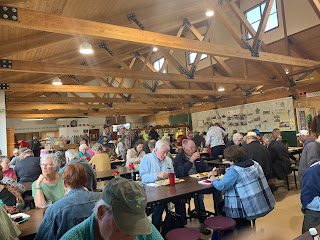 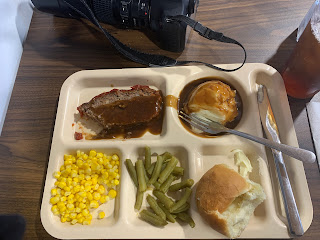 Anyone who really appreciates steam trains wants to stand out on the open platforms at the end of each car.  John is one of those people.  On our trip downhill to Chama from Osier, he watched the tender being filled with water.  The man doing the filling was really disgusted when the automatic shutoff that should stop the water flow when the tank is full didn't work.  The top of the tender was covered with water. 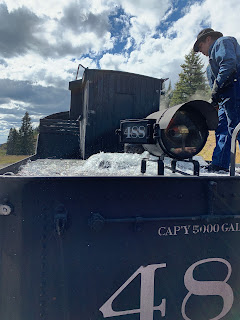 There are mountains and lots of open fields along the route. 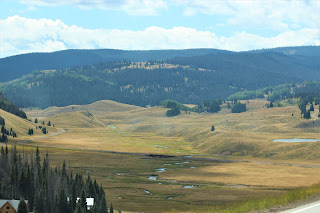 This is a view of double header. 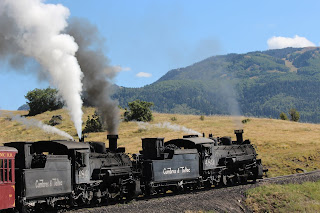 We hoped to see some fall color in the aspen forests along the route. Unfortunately, the change had not really begun, just a little yellow so far. 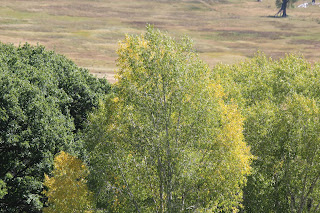 ,
Another view from the train. 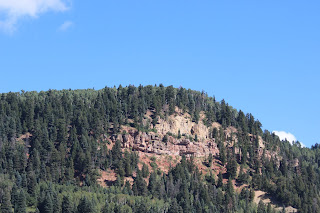 Two pop-cars follow the train to put out any fires started by the cinders from the steam train. 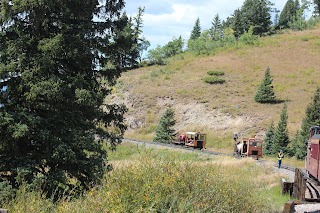 We came to Cumbres Pass before lunch at Osier.  This is the restored station at the top of the pass. 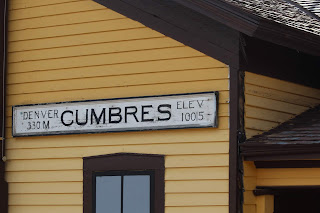 Not all the trees along the route were green.  Here you can see a lot of beetle-kill conifer trees, a problem in the Colorado and New Mexico mountains, caused by the pine bark beetle. 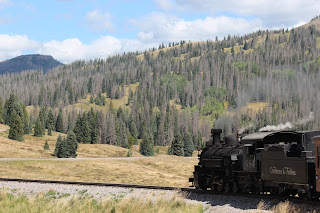 This is a view of the water tank and building where we had our lunch at Osier. 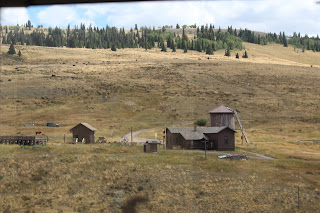