We spent a week at St. Vrain State Park, right off of I-25 and east of Longmont.  The park has several lakes and they attract numerous birds.

We saw pelicans.  Often there are several floating together. 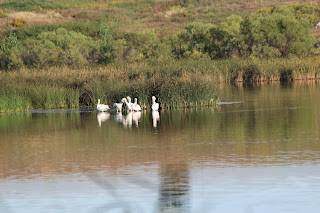 There is at least one great blue heron. 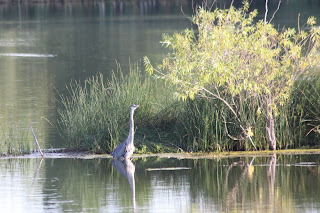 These cormorants were soaking up the sun and drying their wings. 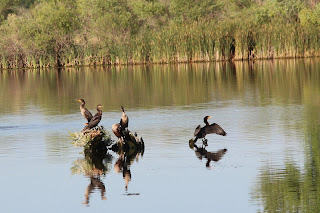 But the most spectacular site was an osprey that had just caught a fish.  The wingspan on these birds can reach up to 7 feet. 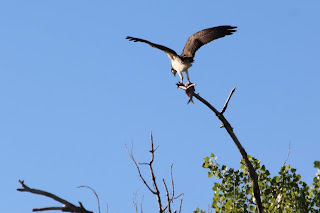 The osprey flies over the water until they see a fish, then dive rapidly into the lake, grab the fish in their talons and fly up to a tree to eat. 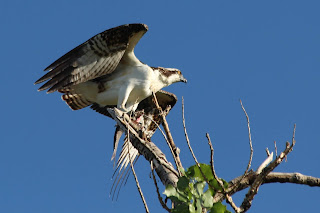 While the bird was eating it would take a bite out of the fish then raise its head to scan the sky for predators.  We had already seen an American bald eagle and learned that the eagle often steals food from other birds.

The eagle swooped down and the osprey took off with the fish.  We saw the birds sparing with one another until they were out of sight. 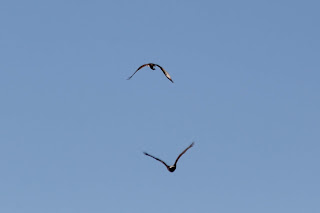 This is a photo of the eagle, taken before it attacked the osprey. 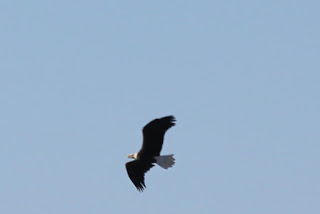 The osprey is an impressive looking bird. 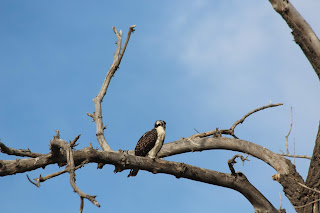 We caught this cool photo of the osprey flying with it's fish. 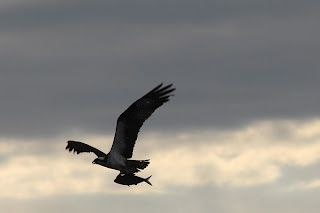 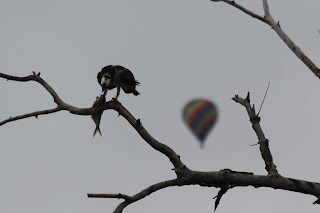 A better view of the feeding osprey. 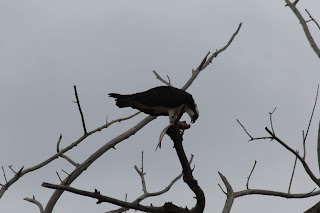