We wanted to explore Bakersfield a little yesterday so we headed first to the Kern County Museum. When we saw this line at the entrance we decided to try the other option. 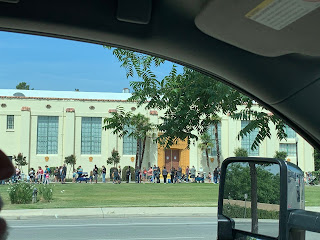 We drove to CALM--the California Living Museum. This is a zoo showing animals that live in California and are animals that have been rescued and can no longer live in the wild. It was the museum's 36th birthday. We also saw several families enjoying birthday parties for children. 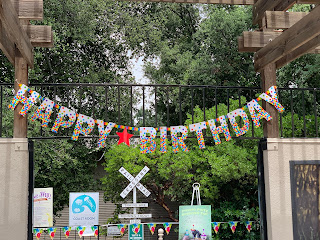 Most zoos house exotic animals. What we enjoyed here were mostly animals we were somewhat familiar with.  One enclosure had a sign saying there was an coatimundi but it must have been hiding.  We heard about that animal when we were volunteering at Santa Ana National Wildlife Area in Texas.  One day we caught a glimpse of this animal--or at least it's tail-- that lives mainly in Mexico but they are so rare, we weren't positive.  Then we learned one of the maintenance staff had also so seen it.  We really would have seen it here in California.
Here are 3 animals that also have bushy tails, the island, red and San Joaquin fox. 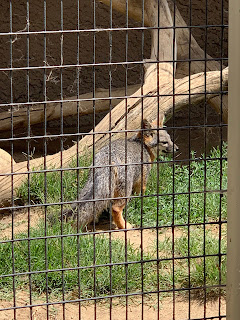 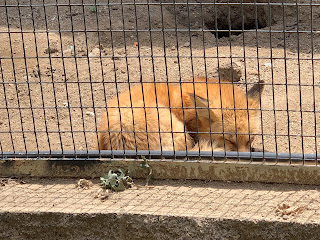 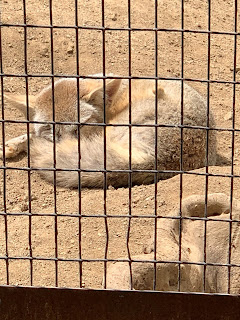 There were 2 black bears.  One was cinnamon colored, but it is still a black bear. 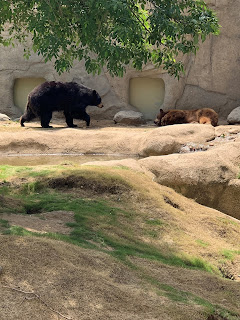 This is a snowy heron, I think. 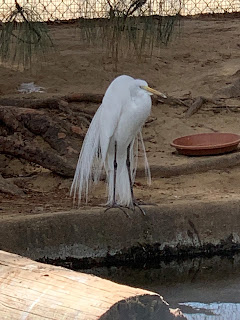 A turkey is so impressive when it shows it's tail.  Did you know that a turkey's head and throat will change color, depending on it's mood?  I didn't till I read this sign. 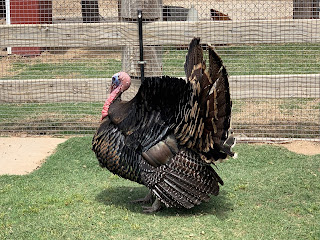 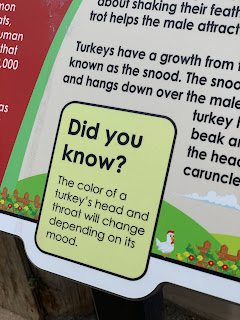 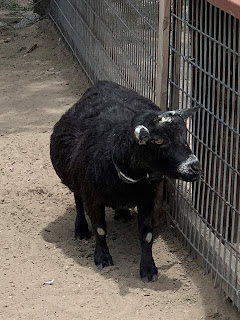 I love seeing the roadrunners. 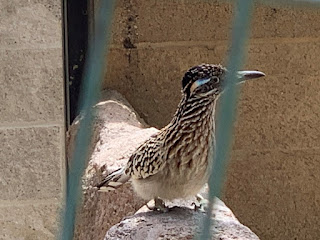 Here is the racoon.  Notice the colored paper.  A number of the animals had received their food wrapped in colorful paper. 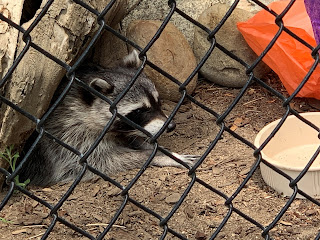 There were several smallish desert tortoises. 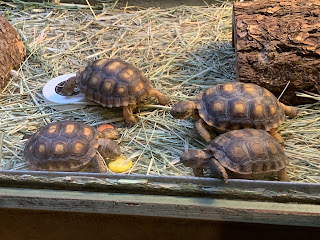 Our least favorite animals were the snakes--YUK.  This is a red diamond rattlesnake. 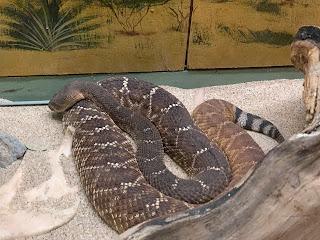