In America, we don't have castles because we have never had kings. Things are certainly different in England. We visited five castles there. Most were in various stages of decay and only gave us a vague idea of what it would be like to live there. The last one we saw, in Norwich, was in much better repair and it was more clear what it would have been to live there.

In early August we happened on Clitheroe Castle which has dominated the Clitheroe landscape for over 800 years. The medieval castle was built in the 12th century. We happened on it while looking for the community of Wiswell where some of John's ancestors once lived.

Obviously the castle suffered an attack with cannonballs, making this large hole in one wall. 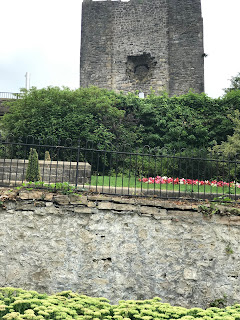 This is a closer view of another outside view of the old building. 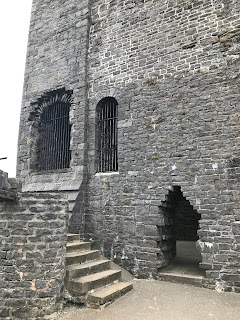 A flag flies above the castle and narrow slit windows show that is was built to defend against raiding bands. 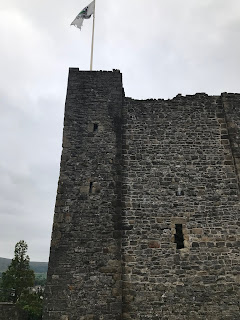 Six days later we visited two more castles, Brougham and Penrith, driving around the area near our Sand Wath apartment at Acorn Bank in the Lake District.


Brougham Castle was built in the early 13th century by Robert I de Vieuxpont on the site of an earlier Roman fort named Brocavum.

This view shows the mote around the castle grounds. 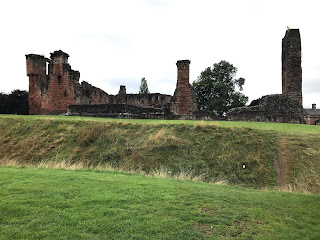 Some of the walls are still standing and we could see they were built with rocks and then lined with larger stones. 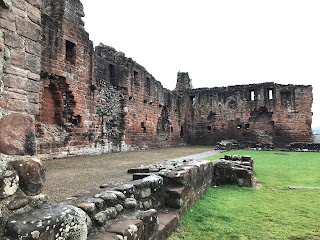 Some of the walls stand higher than others.  This shows a large fireplace in the center below the two windows. 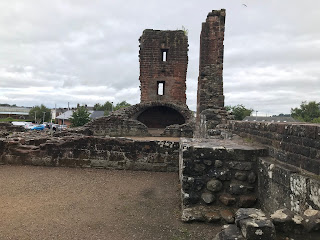 Not far away on the same road we came to Penrith Castle. It was built in the late 14th century by Ralph Neville who played a big role in protecting England from the Scots. It was later transformed into a luxurious residence by Richard, Duke of Gloucester, who became Richard III. 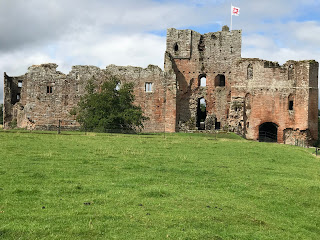 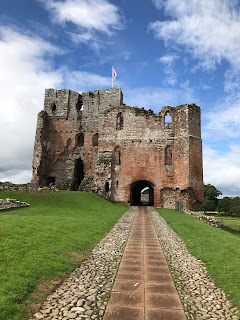 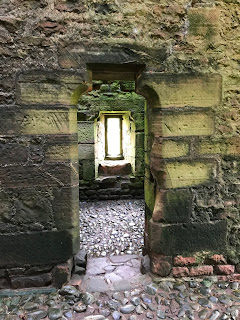 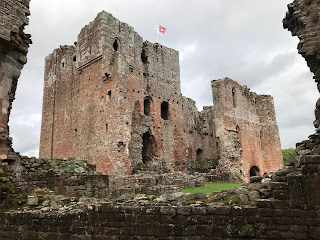 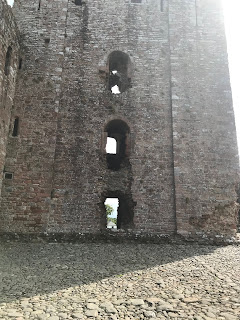 While we were in Cornwall we explored Tintagel Castle, a medieval fortification on a site possibly occupied by the Romans. I wrote about this castle in an earlier post, as well.  It sits high on a hill. 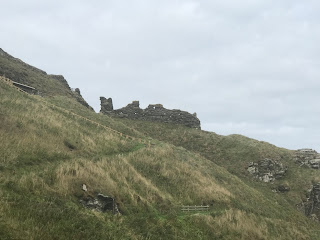 The building is largely in ruins. 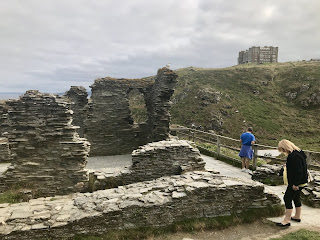 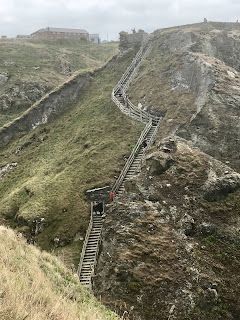 Our last castle visit was in Norwich. It is a medieval fortification, founded in the aftermath of the Norman conquest when William the Conqueror order it's construction in the mid-11th century. It is still in remarkably good condition, considering it's age and houses the Norwich Museum. It was used during World War II as a lookout station and fortification for England.

Because the castle is so well preserved, it is easier to see what it would have been like to live and work there over the centuries. 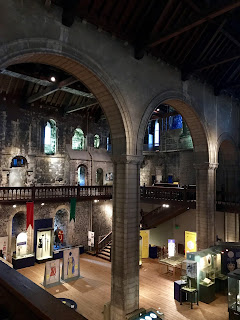 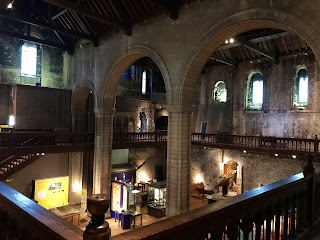 They even had exhibits showing the garderobes (or toilets). 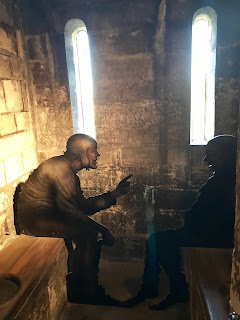