If you visit Fredericksburg, a visit to the World War II in the Pacific and Admiral Nimitz museum complex is a must. During the past year we have been reading a lot about World War I and II. Earlier this month we visited the George H. W. Bush Museum in College Station. But visiting these museums in Fredericksburg showed us we were familiar with the world wars in Europe but not in the Pacific.

This time we learned about the history of Japan and China for the centuries before the wars and gained information about many of the battles held in the Pacific during the first half of the 1940s. Since that is when we were born, we had heard of Midway and Guadalcanal and others but didn't understand them. We learned a lot. In fact we have never spent 4 to 5 hours in museums in one day. It was fascinating.

We didn't take pictures except of the Japanese Peace Garden. It was built by the Japanese in thanks for all Admiral Nimitz did to help the Japanese after the war. (Nimitz was born and grew up in Fredericksburg.)  There is a small building beside the garden was was designed in Japan and the parts made there then brought to Texas and assembled by Japanese workers.

It is a very peaceful place. 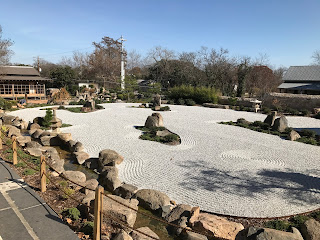 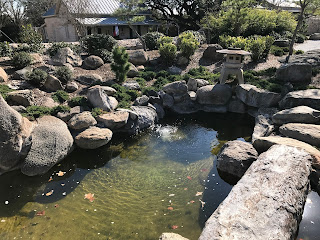 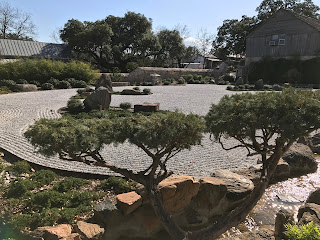 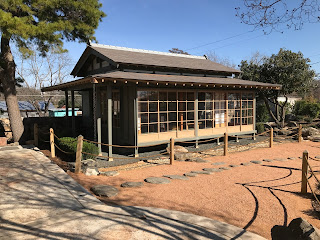