We saw lots of interesting things on our trip up the High Road to Taos. First was this highway sign. 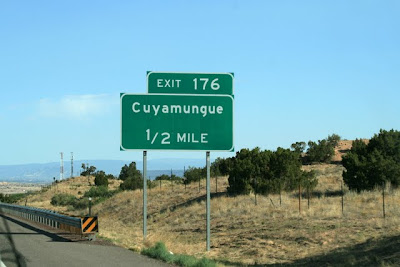 I think it is the name of a community on one of the numerous Indian reservations north of Santa Fe. When we first saw the word, we confused it with "cowabunga." In case you thought the same thing, here is information on that word.

This sign is for a clothing store in Taos. I knew the name came from The Lone Ranger radio and TV program. 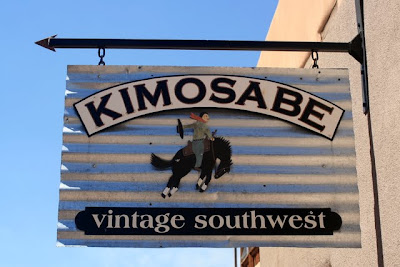 We have been to Taos several times, the first time 45 years ago during spring vacation the first year we were married. Boy were we dumb. We were driving down from Boulder, Colorado, and thought, since we were going south, it would be warm in Taos. Little did we realize there is a ski area not far from the town. We spent our first day there buying something warm to wear over our shorts and t-shirts!

There are lots of cool images around the town square, like these ristras. 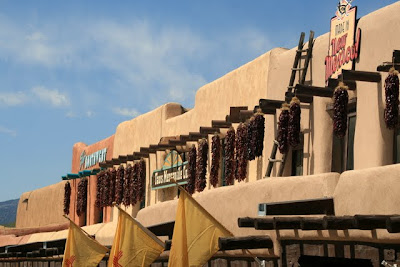 A wagon of dried flowers in an alley. 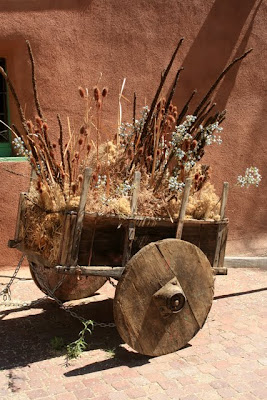 A flowering tree--is it an apple tree? 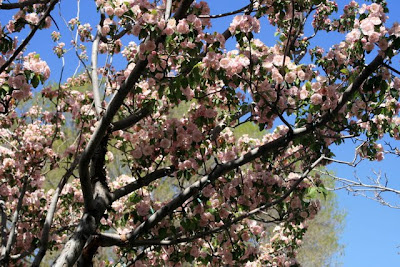 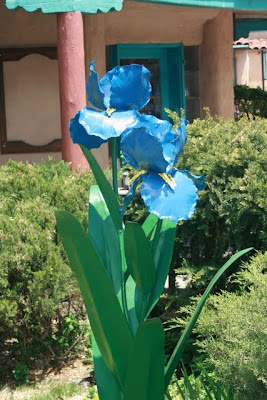 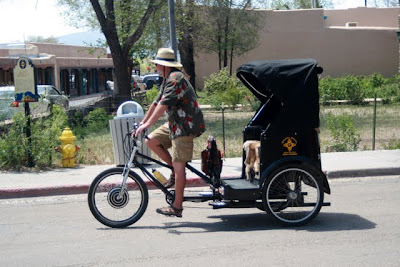 Boys playing in a fountain--have you ever seen a young boy who could stay out of a puddle of water? 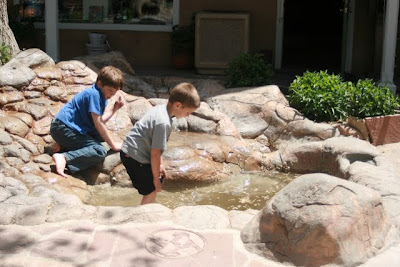 In the same area two groups of musicians were entertaining passers-by. 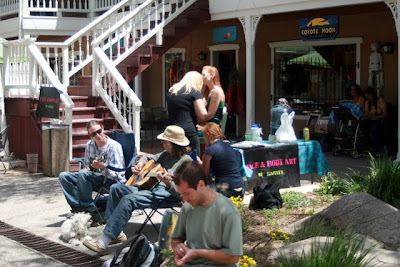 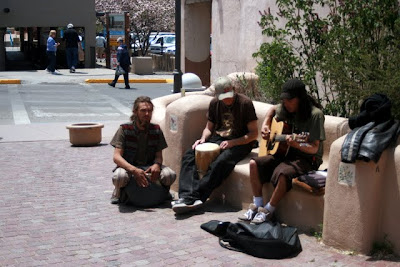 Would you look at this fancy motorcycle (tricycle?) with flowering trees in the background. 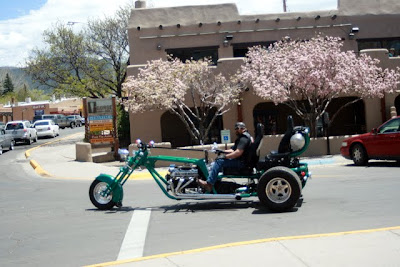 Every time we visit Taos, I have to take pictures of the interesting park benches. Somehow I think the medallions have been repainted since we last visited. 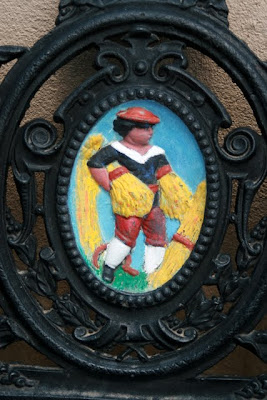 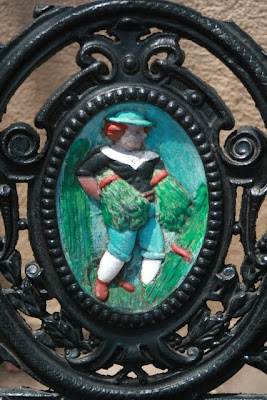 You can't go to Taos without eating Mexican food. The first two restaurants we checked out that we had been to before, no longer serve this wonderful food. So we went to brunch at Doc Martin's Restaurant. Would you look at this breakfast burrito! 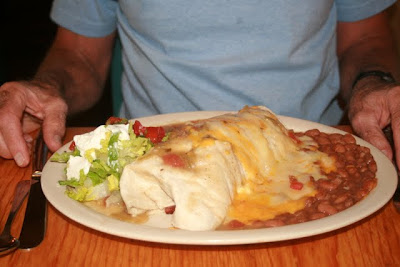 Our last stop before returning to Santa Fe was the bridge over the Royal Gorge of the Rio Grande River. It seems to be a much larger tourist attraction than in previous years. There is a parking lot where people were selling handmade items. Unfortunately, few if any of them were local Native American artists. 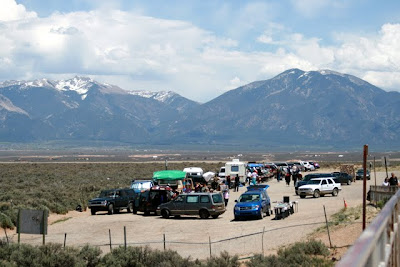 And look at this food truck on the other side of the highway. I think we saw more people taking pictures of the bus than buying something to eat. 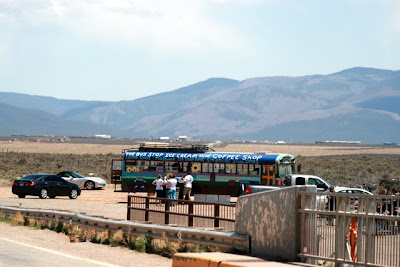 This is a view of the gorge from the bridge. 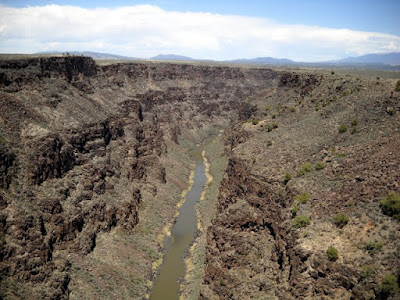 These rafters were enjoying the Rio Grande further down stream. It's not white water rafting, but it looks like a nice float. 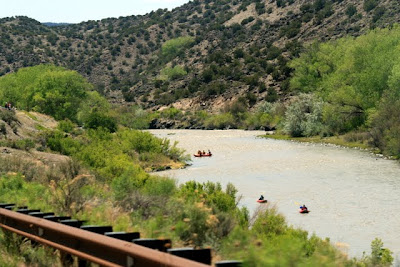 You may find this hard to believe, but on the way back to Santa Fe we bought diesel fuel at the Nambe Travel Center near the Buffalo Thunder Casino and Resort, for $3.88 cents a gallon. Yes, that is correct--$3.88 a gallon. Today we drove by the same station and topped off our tank. The cost now is $3.99. A big jump, but still the cheapest fuel we've seen in months.
Posted by John and Carol at 6:22 PM