Wednesday we left Santa Fe early--7 am. We almost never get on the road that early, but high winds were predicted for the day and we wanted to get to Lathrop State Park in Walsenburg, Colorado, before the wind kicked up. We have liked New Mexico for years and just spent three and a half weeks there. We saw many wonderful places and enjoyed ourselves immensely. And we still have a lot to see and do there. But it is time to head north to Lathrop, where we are volunteering for the summer. 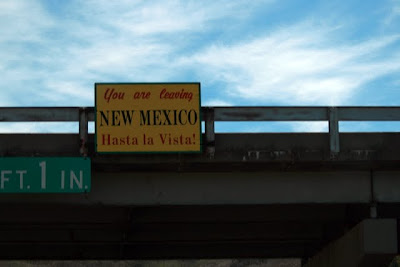 And then this one. 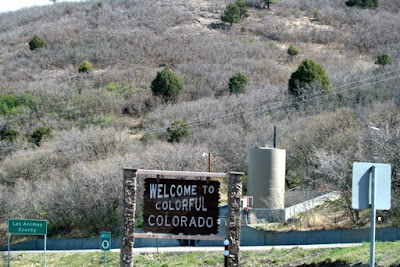 Colorado is where we were both born and raised, so it is always good to return home. Whenever we are out of the state for a long time, we yearn to see the mountains. This is the sight that greeted us Wednesday. 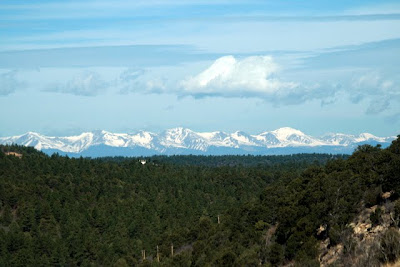 Thursday morning, while we were doing the dishes, this is what we saw our the window. It is the reason we really enjoy our RV site here. 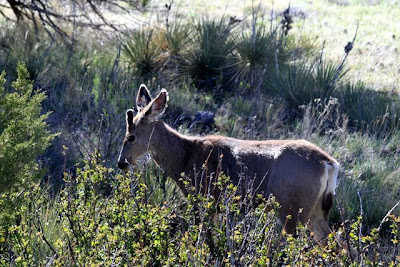 And this is the view where we go for our runs. 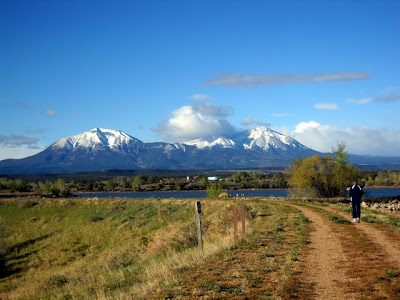 Those are the Spanish Peaks. Here is some information about them.

The Spanish Peaks of south central Colorado have been among the most important landmarks of the southwestern United States, guiding Native American tribes, Spanish and French trappers, gold seekers, hunters, and American settlers. The Ute, Comanche, Apache, and other, earlier Indian tribes held the Peaks in religious awe and named the mountains Wahatoya, meaning "Breasts of the Earth." Even the ancient Aztecs believed the Peaks were a source of hidden treasure. Later travellers named them the Twin Peaks, Dos Hermanos (Two Brothers) and Mexican Mountains.

To learn more, go to www.sangres.com/mountains/spanpks/
Posted by John and Carol at 6:29 PM