There are two National Wildlife Refuges near where we are parked, Alamosa and Monte Vista.  The entrance to the Alamosa refuge is right down the road.  Yesterday we drove there and hiked on a trail around the meadows and ponds.

The refuge contains 12,026 acres of land that support a variety of wildlife, including songbirds, water birds, raptors, deer, beavers, coyotes.  We certainly heard the songbirds and also saw some large birds.

The most common bird was the redwing blackbird.  They are so beautiful in flight. 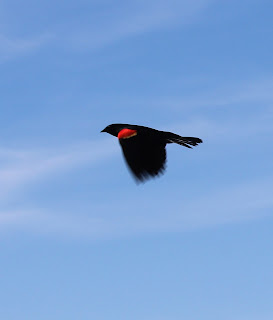 This is  a view across the wetlands toward the mountains.  That may be Mount Blanca in the background. 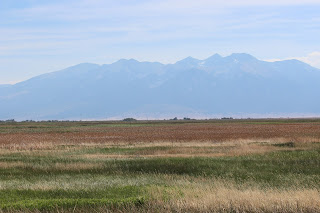 It always amazes to see small birds chasing off larger ones.   It happens often when  the large bird tries to steal the eggs or baby birds from a nest. 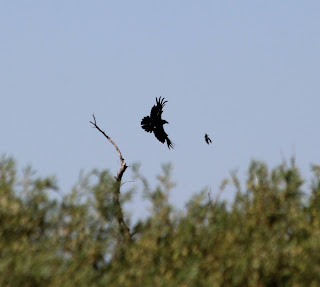 This is some kind of heron. We watched it fly off as we approached. 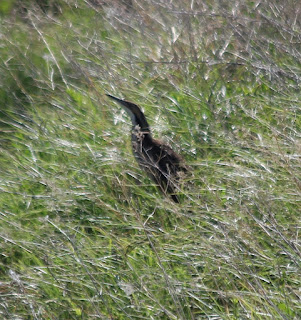 In 2012 we volunteered at Santa Ana NWR on the southern border of Texas, along the Rio Grand River which divides the US and Mexico.  Now we are not far from the headwaters of the Rio Grand, which flows from the mountains of Colorado.  During our time at Santa Ana, we developed a real interest in the lands that are protected in these refuges.
Posted by John and Carol at 9:45 AM