We spent two weeks at Cherry Creek State Park in Aurora in the southeast corner of the Denver metro area. We have been there many times before and it is a good place to relax and just be. The park is in the middle of the city but there is lots of open space. Mainly it was a time to see family and friends. The first Sunday we went to Eric and Liz's home for brunch. Liz and Kylie put together a nice menu for us. Grandson John showed it to us before it was time to eat. We had a good visit and took advantage of the time because Eric and Liz were back to work preparing for the first day of school on Friday. Liz is a teacher coach and Eric is a middle school science teacher. 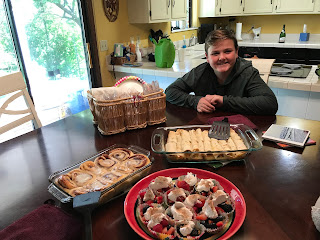 One day we drove to Longmont to visit friends Larry and Betty. We had attended their 50th anniversary party in July but it was good to have time with just them so we could really talk. We brought a bucket of Kentucky Friend Chicken to share instead of going out to a restaurant. 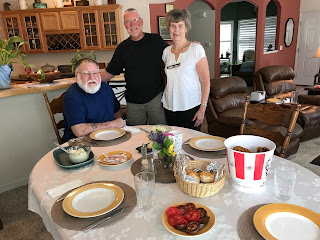 The next day we drove to Canon City to visit John's sister Kendal who is in a nursing home receiving therapy following a stroke. Here she is with her husband John. 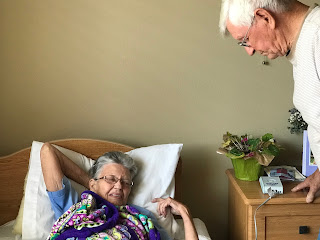 Then we went out to lunch with him and Tim, John and Kendal's younger brother. 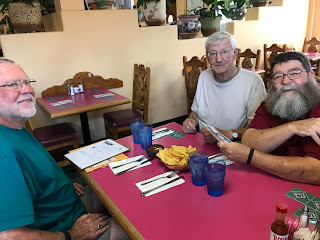 We had an issue with our trailer while staying at Cherry Creek. The overflow vent on the fresh water tank began leaking. That shouldn't happen when a hose is not filling the tank in the opening behind this door. You can see the slow but constant drip from the tank in the second photo. 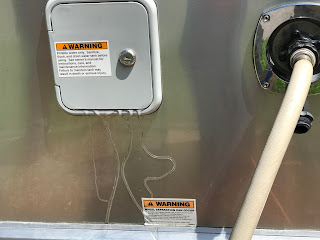 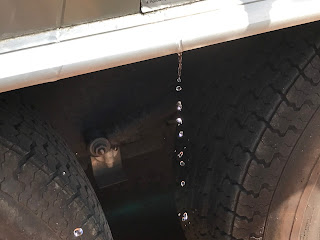 After asking on the Airstream internet forum for advice, we found it was a check valve stuck open. We followed the instructions and got it unstuck. It was pulling water from the city water connection, something it isn't supposed to do. But it is now working properly.

I love the skies over Colorado. Here are some of the cloudscapes I saw. 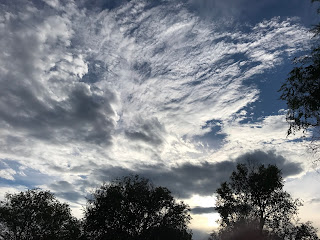 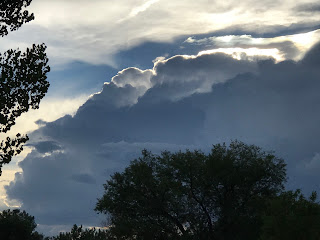 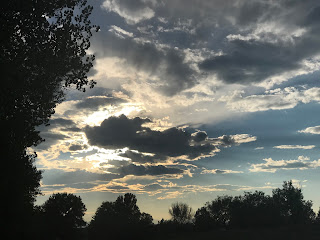 Now we are off to the Western Slope of Colorado.
Posted by John and Carol at 7:56 PM