I have heard of Tulsa, Oklahoma, probably my whole live. But I must admit I never gave it much attention and never really thought of visiting. However, it is a good one-day trip east of Oklahoma City as we make our way to Missouri. Actually, we only planning to spend two or three days here before heading to Branson. We had reservations for a show and planned two nights in the Indian Point Campground on Table Rock Lake. However, there is a massive storm system moving from west to east. It is snowing in Colorado and raining hard off and on in Oklahoma and Missouri. It would mean we would have to travel in heavy rain. They had rain before we arrived and the ground is saturated so there are flash flood warnings through the whole area. We decided to stay put until it clears up on Monday, cancelling our two Branson reservations.

As it turns out, we have found a lot to do here.  The first two mornings we walked at the Oxley Nature Center next to the Tulsa Zoo. The environment here is very different from either Colorado or Arizona.  Look at all the green. 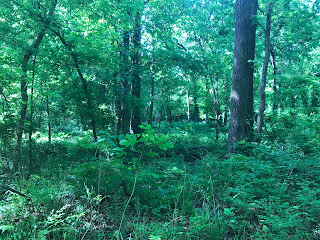 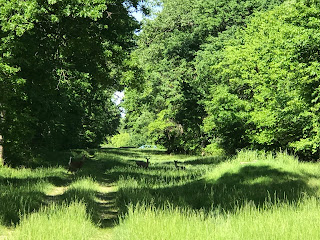 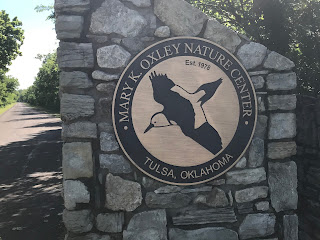 We checked out downtown Tulsa.  The city was growing in the 1920s and 30s and there are many Art Deco buildings like this Tulsa Union Depot. 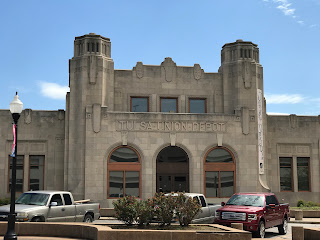 When we first arrived, doing laundry was on the agenda.  We were delighted to find two cats hanging out in the office and laundry.  We really miss our two cats who used to travel with us so we got our kitty fix while washing clothes.  You can't really see it in this photo, but this first cat has a hair cut (fur cut?) so he looks like a lion. 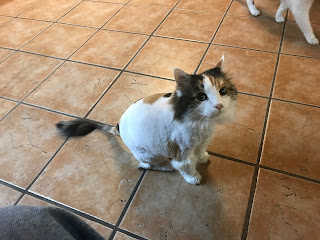 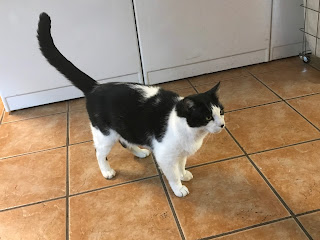 We found a number of murals in one alley.  They all seem to relate to the Day of the Dead. 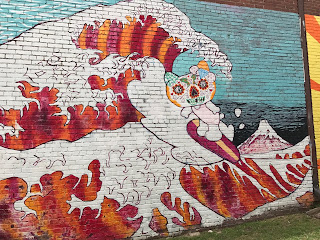 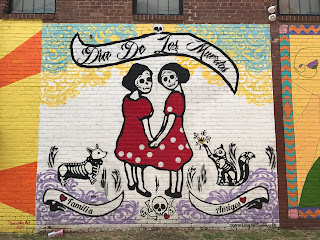 I had packed a couple of sandwiches for lunch during our trip into town.  Maybe we were still hungry because before returning to the RV we stopped in the Antoinette Bakery.  The sign in the window says "Eat Cake."  We didn't take that advice but I chose the mega Oreo cooking and John had the apple pie bar.  Both were very good. 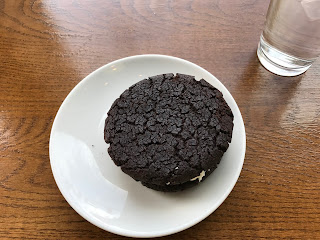 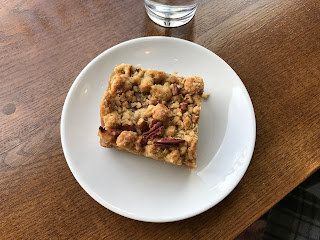 There was more to see in Tulsa so stay tuned.
Posted by John and Carol at 11:31 AM