We certainly didn't expect a canal and river walk in Oklahoma City, but that is what we found. After we visited the Botanical Gardens we took a walk and discovered this peaceful scene. 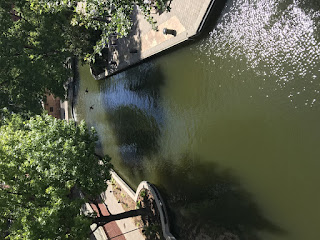 There also were boats to take people on tours of the canal and downtown area. 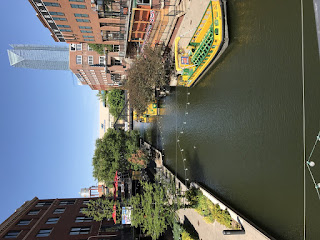 Walking along the path we found a magnolia tree beginning to bloom. We had only seen this once before, when we volunteered at Hot Springs National Park in Arkansas. 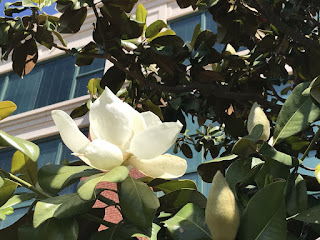 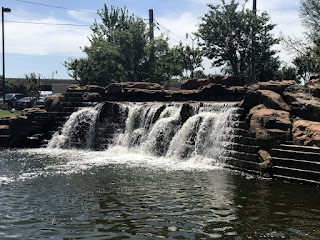 This is the Chickisaw monument.  Oklahoma was once called Indian Territory because that is where the US government sent a number of tribes of Native Americans when white settlers wanted to move onto reservation land. 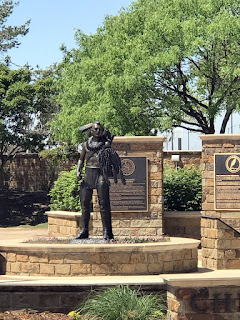 Perhaps the biggest surprise was the largest bronze monument we have ever seen--the Oklahoma Land Run monument.  This team or horses doesn't seem to want to cross the water. 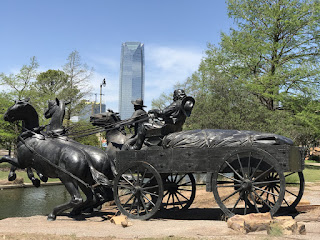 Obviously many other horses and wagons have already crossed. 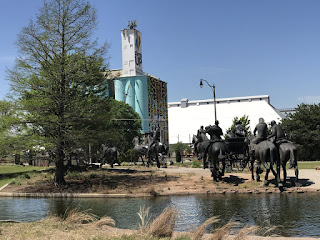 We learned some details about the 1889 Oklahoma Land Run while viewing the monument.  That year the congress and president opened up the unassigned lands within Indian Territory to white settlement.  On April 22 a cannon was fired and would-be settlers who had been stopped at the border of those lands rushed in to choose their own 160 acre plot.  It was bedlam.  To learn more about this piece of history, click here. 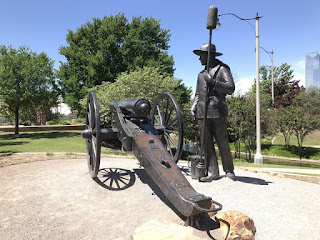