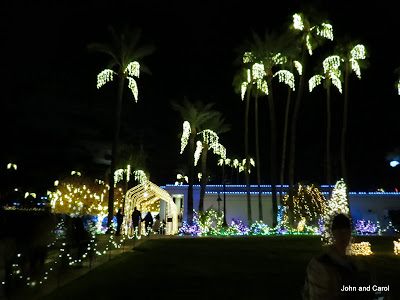 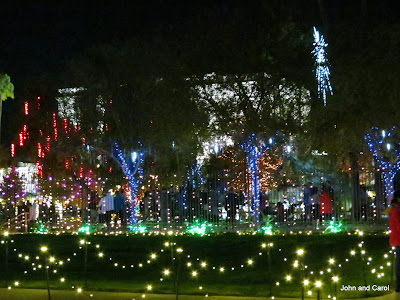 It was truly a wonderland. 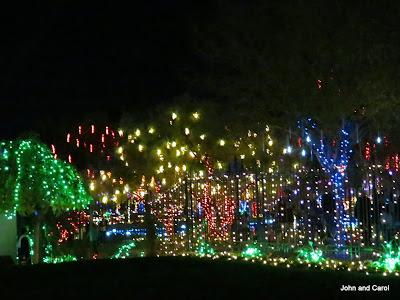 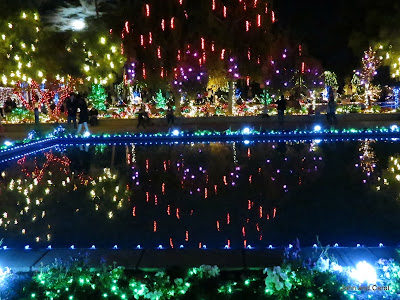 It also provided a beautiful view of the temple. 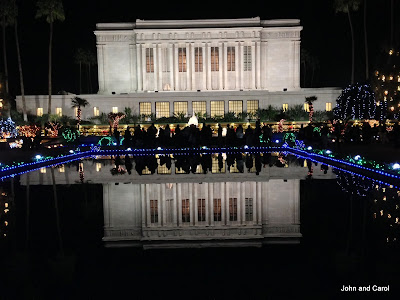 In addition to pretty lights, the displays did a good job of telling the real story of Christmas, the birth of Jesus Christ.
A beautiful star shone above the lowly stable. 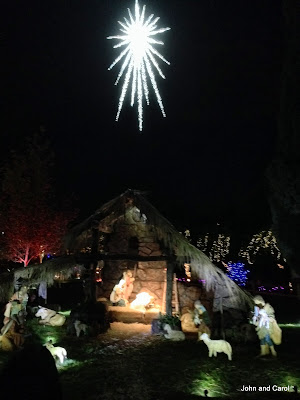 Mary and Joseph's trip to Bethlehem and the shepherds who were the first to learn of the Savior's birth were also depicted. 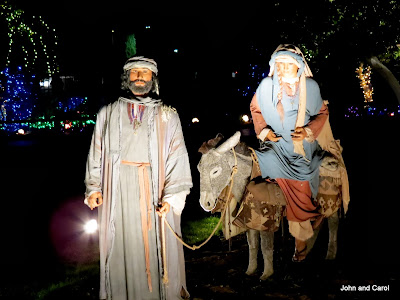 The wisemen and the camels were also shown. Here is one of them. 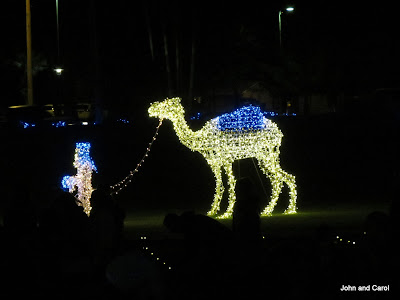 The full moon peaked out through clouds over the display of lights. 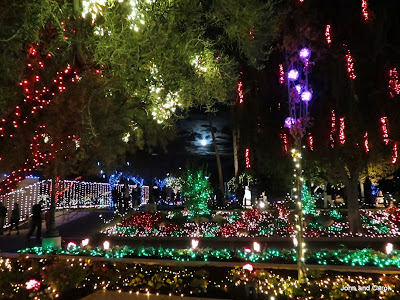 We saw at least two tour buses that had brought visitors to see the lights. 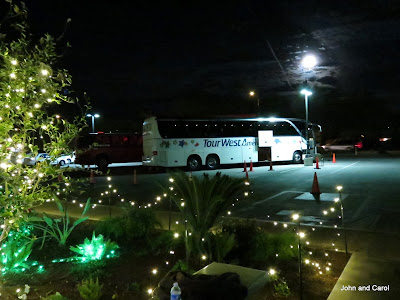 Each evening, a different group provides entertainment for a half hour each evening. We heard the Mountain View High School Chorale perform. 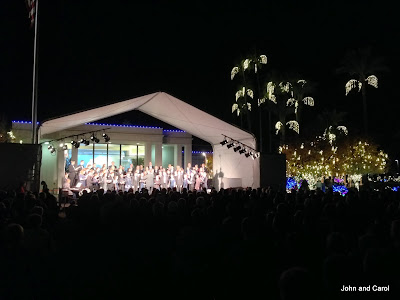 They used lights none of us had ever seen before. We wondered where they found them--Christmaslights.com maybe? 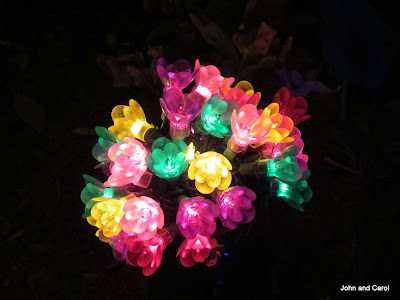 Here are some of the other displays. 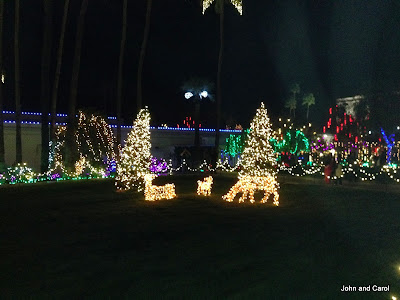 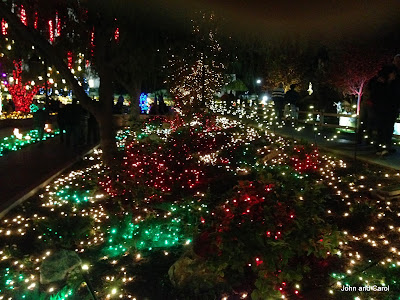 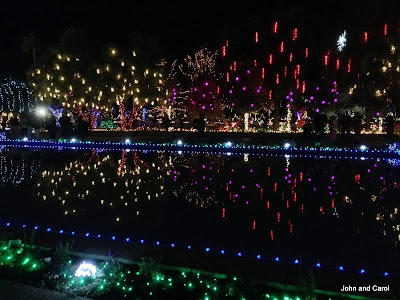