A Great Place to Be

We don't have snow or ice or subfreezing temperatures here in southern Arizona. It is a great place to be this week after Christmas. I don't mean to gloat--too much--that it is warm and sunny. We don't need snow shovels or ice melter or snow tires. So, today we went hiking with two other couples, Ron and Barbara and Jim and Gayle. We drove to the First Water trailhead in (or near) Lost Dutchman State Park. This part of the desert is beautiful. 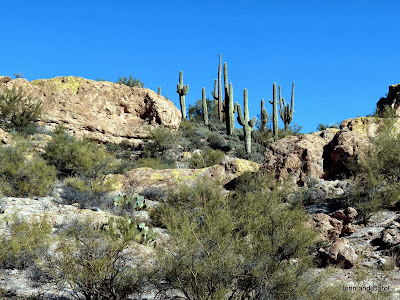 There are a lot of neat rock formations. 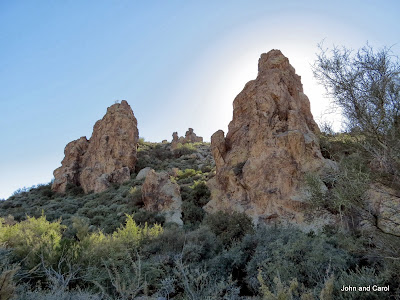 And lots of saguaros. 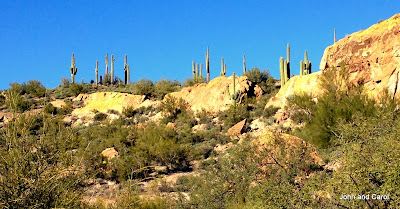 John spotted this view. It looks like two figures about to kiss one another. 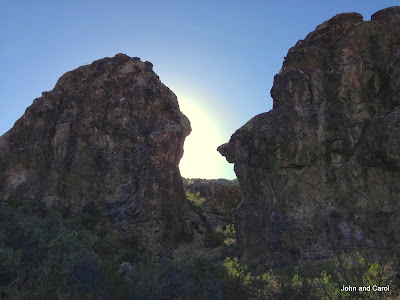 In one place, we had to cross and small wash. I walked down a short distance to cross where the water was narrow and I didn't have to use too many rocks to get across. The others used a different crossing. 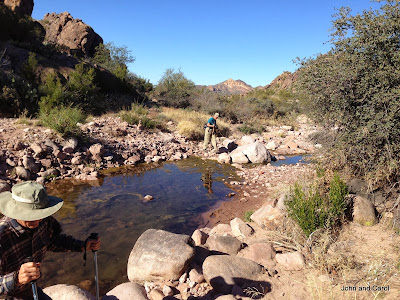 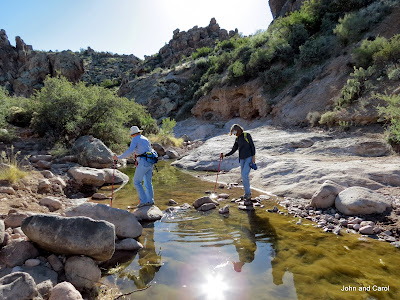 John took a picture of our group as he brought up the rear. 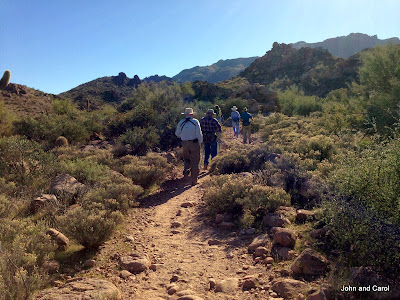 I had everyone stop and look at me for a photo. 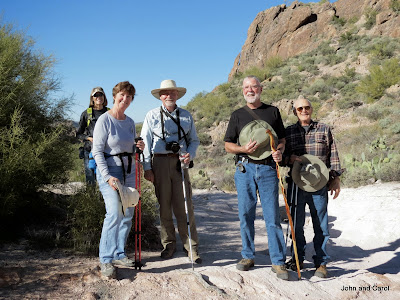 We passed quite a few other hikers and some backpackers. We stepped aside to let a group on horseback pass by. 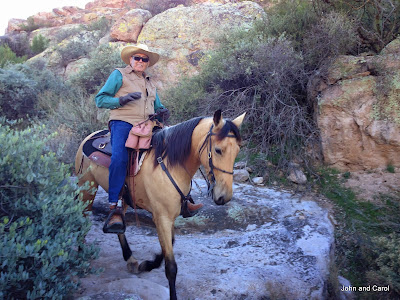 We also encountered this bow hunter. Both deer and mountain lions hunting seasons are open. He reported seeing quite a few deer, but none big enough he wanted to shoot them. (We hadn't seen any wildlife.) 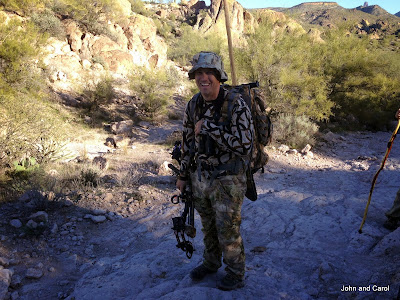 Ron and Barbara have several citrus trees in their yard. She encouraged us to take some home. After Gayle and I took as much as we wanted, Barbara still had this much fruit in her goodie box. 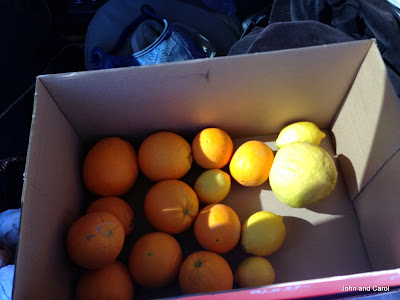 It was a great way to spend this late December day.
Posted by John and Carol at 7:51 PM