It was one day early, but our resort celebrated Mardi Gras yesterday. There was a parade--which we watched--followed by a party, lunch and later a dance--none of which we attended. The parade was fun and creative.

This guy juggled the entire time the parade passed by.  How on earth he was able to watch the goings on and not drop anything, I don't know.  But he didn't. 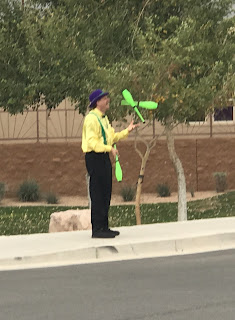 I guess you would call this woman the drum major for the parade. 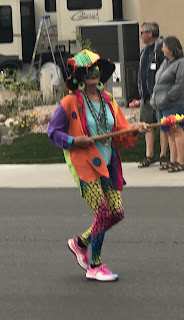 Musicians rode in the bed to a pickup and serenaded us. 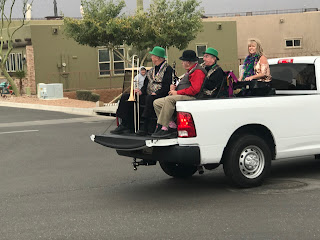 One street of residents worked together to present the Calendar Girls of Canyon Vistas.  Here we see April, May and June. 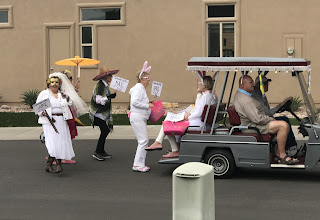 The temps were in the low 60s with a brisk breeze.  I'll bet Ms September was freezing. 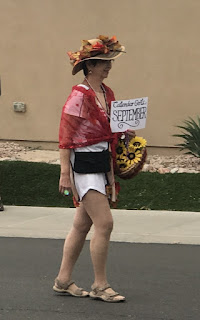 This golf cart really looked like it was from New Orleans. 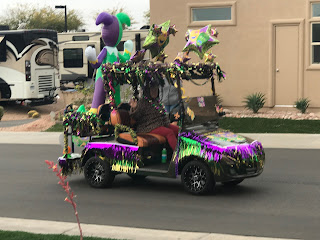 Here we have the November calendar entry. 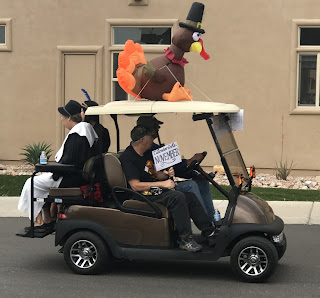 There were cave men and women. 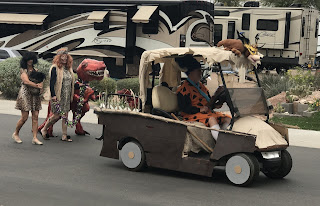 And the geocachers were very evident.  I especially like the sign being carried in the second photo below--I use million dollar satellites to find Tupperware in the woods! 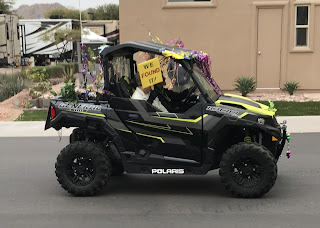 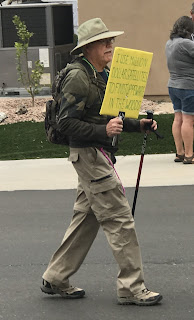