We are surrounded by birders and by so many beautiful birds we have never seen before that I guess we have caught the disease--birdwatching. Saturday, we visited the Estero Llano Grande State Park in nearby Weslaco. They have several ponds, as well as woodlands, and we were able to look at lots of water birds. I believe these are Northern Shovelers. Look at the beak and you will understand the name. 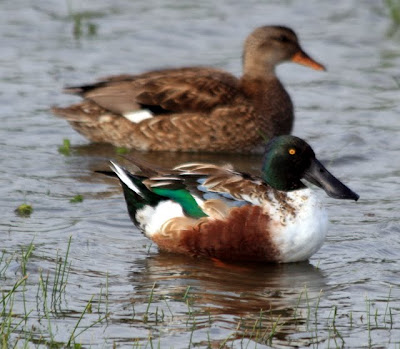 I'm not sure which kind of duck this is, but it is a cool picture. 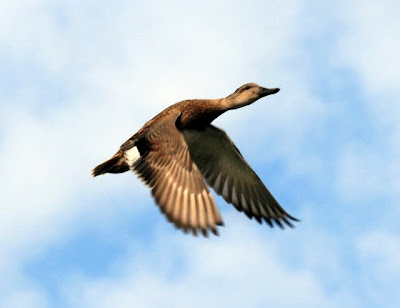 This is a Spotted Sandpiper in winter plumage. It is called "teeter-tail" because of its habit of endlessly bobbing the rear part of its body up and down. 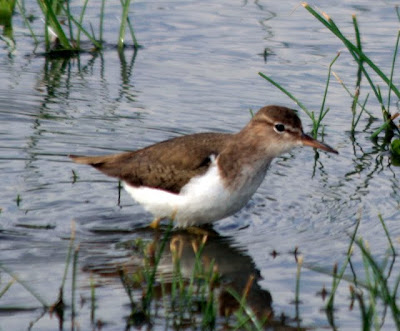 I think I am most excited about this photo of the Common Pauraque. I had heard this bird talking to its neighbor several nights when we first moved onto the refuge. Yesterday we came to a sign asking us to stay on the trail so we wouldn't disturb the sleeping nightjars. When I saw some people looking at the ground, I had to see if I could spot it, too. 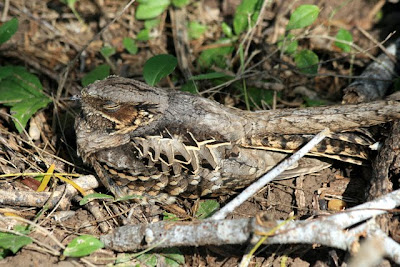 Check out this Great Egret. 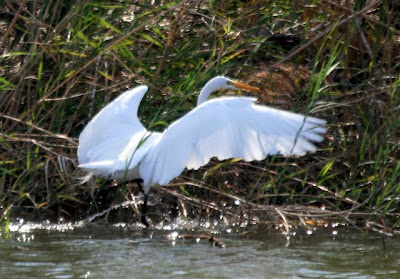 This Yellow-crowned Night-Heron was quietly resting in the brush next to the pond. It is the second kind of night heron we have seen since coming to Texas. We saw a Black-Crowned Night-Heron in Big Bend National Park. 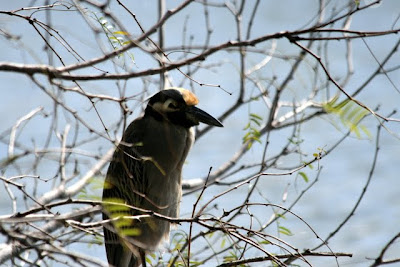 It wasn't just birds that we saw at Estero Llano Grande. There were a number of these large turtles. 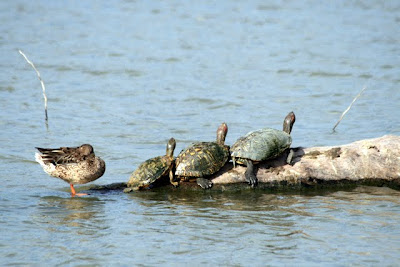 Not is pretty but very interesting was this Nutria. We had heard that they were in this part of Texas. When swimming, this semi-aquatic rodent reminds you of a beaver. But when it comes out of the water, it looks like a large rat. According to Wikipedia, "They feed on river plants, and waste close to 90% of the plant material while feeding on the stems." They are an invasive species and destroy the vegetation where they feed. 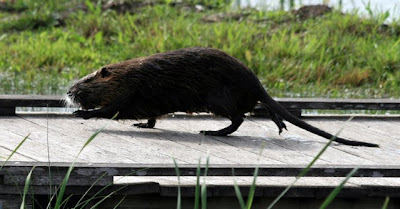 We know we will be doing more birding during our three months here. Each time we go out, we get more excited. We must learn, however, to be more patient. This is a low-key activity.
Posted by John and Carol at 1:37 PM