These three things have nothing in common except that they are part of our experience this week. It has been raining in the Rio Grande Valley--good news because of the recent drought. But it also causes problems. Each day we work as tram tour interpreters, we begin our day driving the tram route on a safety check. Yesterday, this is what we came on less than a mile into our drive. 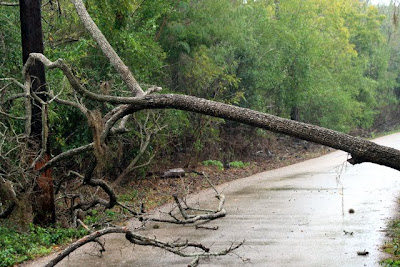 We called dispatch and within 15 minutes a small fork-lift and a mule had arrived and moved the tree. 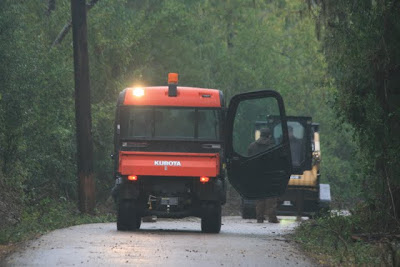 The Santa Ana Refuge is located along the Rio Grande, the border between the US and Mexico. You have all read about the illegal immigrants, the drug smuggling, and the drug wars. So it isn't surprising that our RV parking area is protected by a fence. A fairly serious fence with barbed wire on the top. 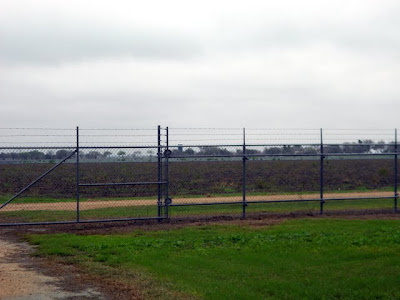 Obviously, that is a good idea. Tuesday evening we heard a loud pick-up truck drive down the road to the east of our compound at a high rate of speed. Within less than two minutes (I think) a US Border Patrol vehicle sped along the same road--followed by another, and another, and another. Finally there were 10 green and white SUVs parked and driving along the levee. 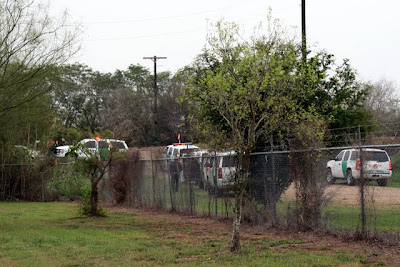 We don't know if they made any arrests, but we did see them loading bales of plastic-wrapped drugs into one vehicle. 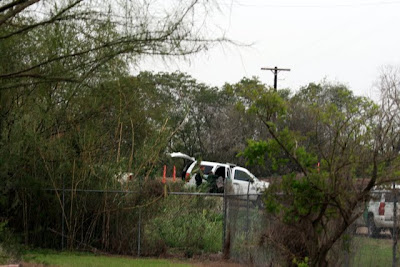 We see so much of the Border Patrol, we feel relatively safe. We just hope neither the drug cartels nor the smugglers and ICE get in a shoot-out near us.

The rain continued today, but it was still necessary to feed the birds on the refuge.
We put out birdseed, oranges and a mixture of corn, sugar and peanut butter to attract all sorts of birds. Here I am, attaching an orange to a tree. 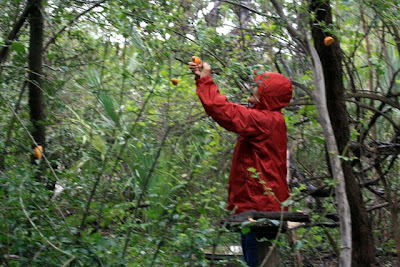 This gives you an idea of the variety of feeders. If you look close, you can see at least five birds in the photo. Click to enlarge and look real close. 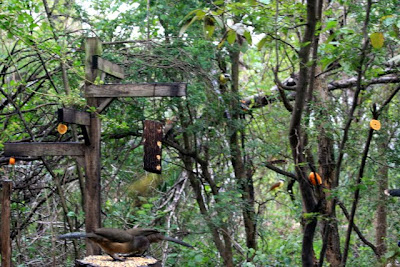 This Golden-Fronted Woodpecker is going for the corn and peanut butter mixture. 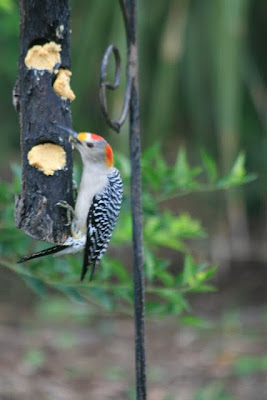