Albuquerque is an interesting and beautiful city, located in the middle of New Mexico.  We are spending a week here.  We have visited the area numerous times over the years we have been RVing but we still found a lot to do, places to revisit.

One day we walked through the bosque (trees) along the Rio Grande River.  We saw a lone cormorant sitting on a branch in the river. 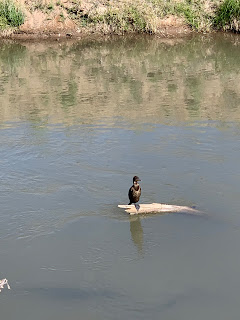 I can't remember what this line of metal beams along the river is called but I think it has something to do with flooding. 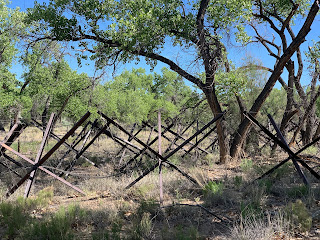 There are huge cottonwood trees along the bank. 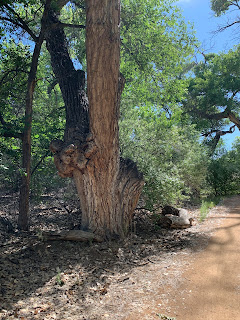 We saw people riding horses on the path. 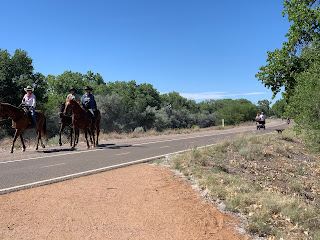 Another day we walked out to the Petroglyph National Monument. 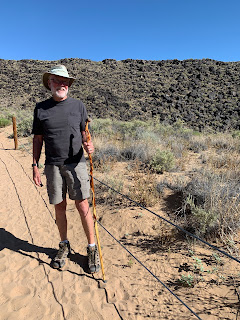 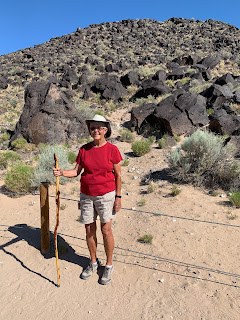 There are something like 23,000 ancient petroglyphs there, as well others added by the Mexican sheep herders who were in the area before New Mexico became part of the U.S.  There are also examples of modern graffiti.  (I didn't take pictures of those 20th century additions.) 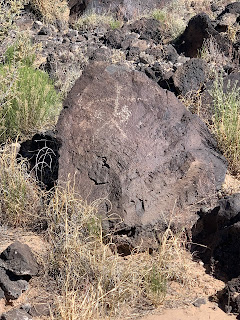 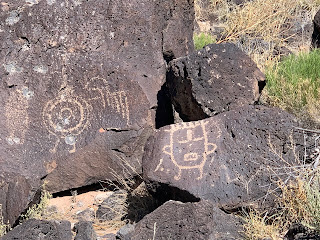 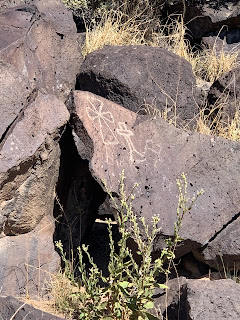 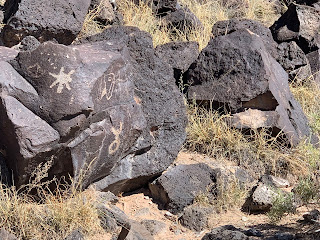 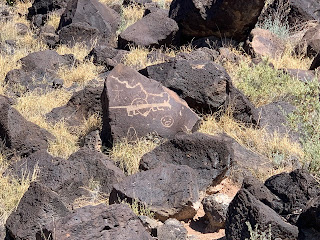 One day we drove into Old Town Albuquerque to see the shops in the oldest buildings constructed here.  I love this painting.  So colorful! 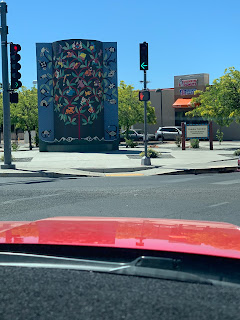 Many of the doors in the old buildings are attractive and brightly painted. 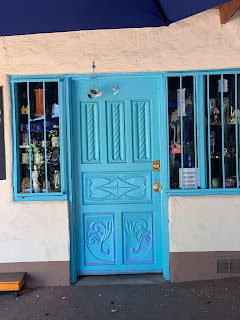 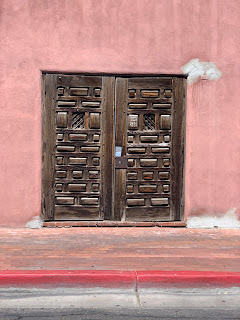 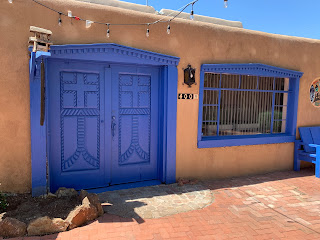 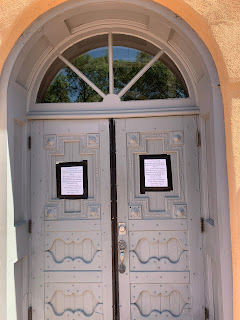 This door is a sign of the current economy and virus shutdown.  Even when we found shops open, we were the only customers in the store.  How sad for the owners. 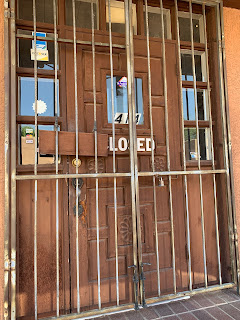 The windows in some of the old adobe walls are interesting. 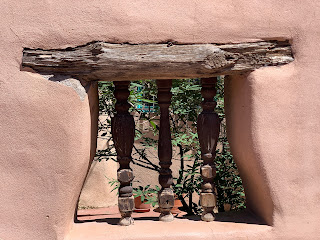 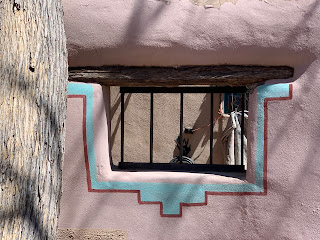 I will end this blog post with this quiet neighborhood in central Albuquerque.  Unfortunately, our country is not as serene as this scene. 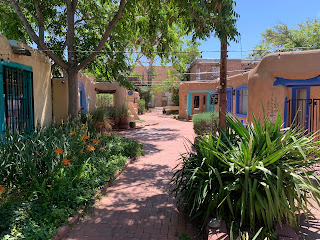