Smoke as We Travel East

After two weeks at Ridgway State Park, we headed east. First stop was in Gunnison to have some work done on our truck at the Chevy dealer. The trip took us past Blue Mesa Reservoir which stretches 20 miles along US Hwy 50. It is usually a beautiful drive but there is so much smoke from the forest fires in Oregon and Montana we could hardly see the water at times. 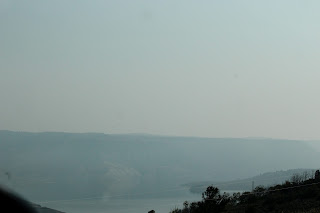 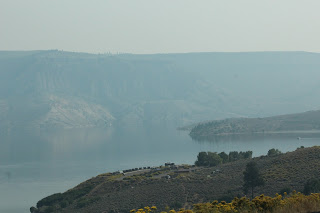 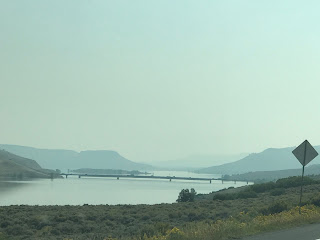 There was also road construction along the route, of course. It is summer, isn't it? Look at the long line of vehicles ahead of us. 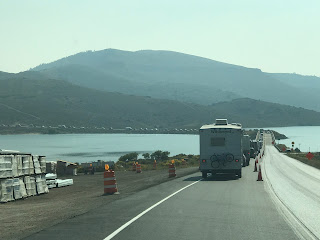 There were some pretty rock formations along the road, as well. 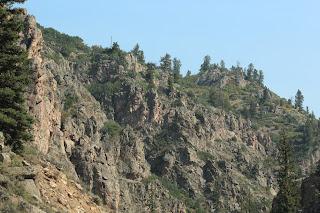 At the KOA in Gunnison we saw some cute decorations and chain-saw carvings. 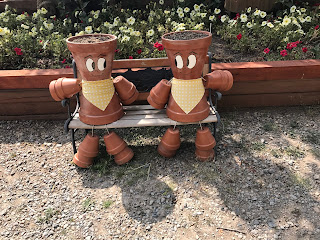 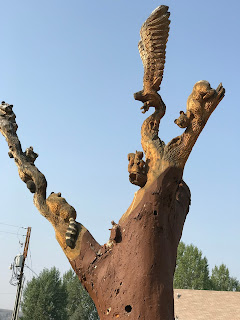 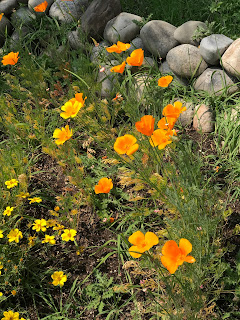 And then there was the pet donkey. He and John quickly made friends. 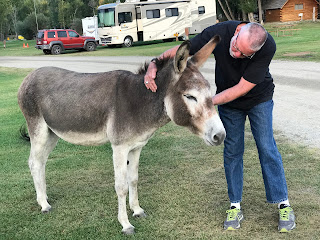