The Rio Grande River begins in Colorado, west of the town of Creede. It flows east and south through New Mexico, roughly adjacent to I-25. As it enters Texas, it becomes the boundary between the US and Mexico, which accounts for the shape of the southern border of Texas. At one point, the river makes a “big bend” and flows north for a while before turning south and east to the Gulf of Mexico. 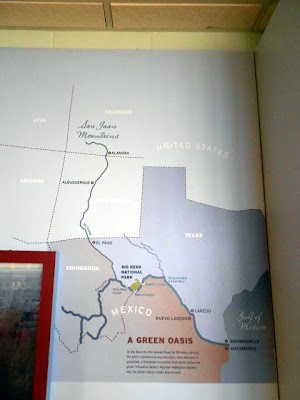 Last week we were in Las Cruces, NM, and did our run along the Rio Grande—which is virtually dry at this time of year because no water is flowing out of Elephant Butte Reservoir to the north. By the time the river reaches the “big bend,” it is a lazy stream at this time of year. 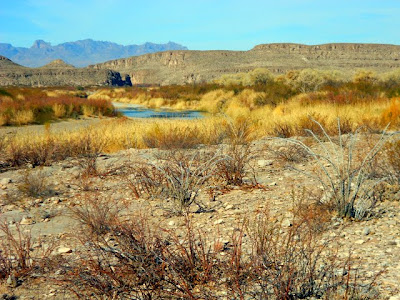 There were nice reflections of the dead trees in the pond. 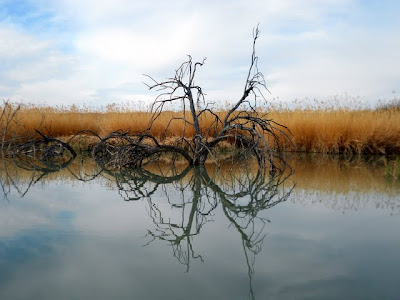 Yesterday, we walked on the nature trail at Big Bend National Park, where we saw a spring-fed pond which attracts numerous birds and where we could look down on the Rio Grande. 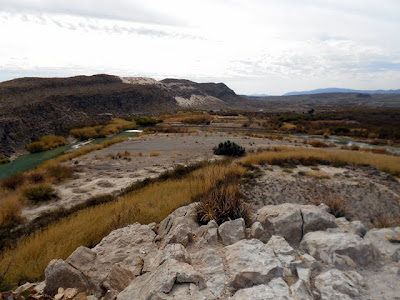 We saw a horse with two riders splash through the lazy stream. They were riding from one part of Mexico to another by taking a very short shortcut through the national park. 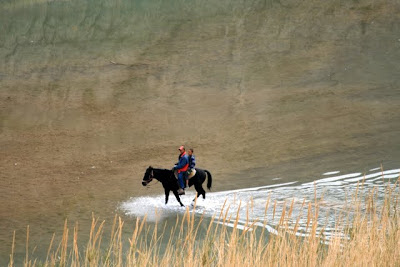 We also saw displays of Mexican-made craft items along the nature trail. However, the park’s newspaper, The Paisano, as well as its web site point out that such items are contraband and can be seized by park officers. Also, if the Mexican nationals come across to collect money for the crafts, they may be arrested as illegal immigrants and shipped to Presidio 100 miles away for deportation. 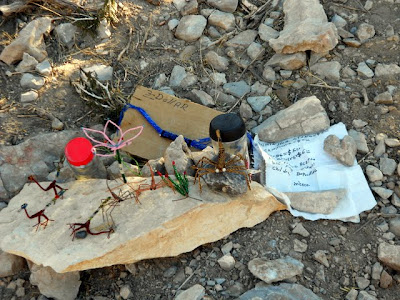 Beginning next week, we will be tram drivers and interpreters at the Santa Ana National Wildlife Refuge along the Rio Grande River near the Gulf of Mexico. What the river will look like there?

This is bird-watching territory. In April 2010, I blogged that I found bird watching boring. I wonder what has changed. Today we had so much fun watching, waiting and seeing new birds. The most interesting was this Green Heron. 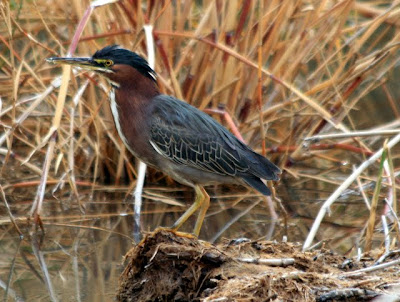 We also spotted this raccoon. Eventually, it went down into the pond and swam away. We didn’t know raccoons could swim. What a treat to see one in the wild! 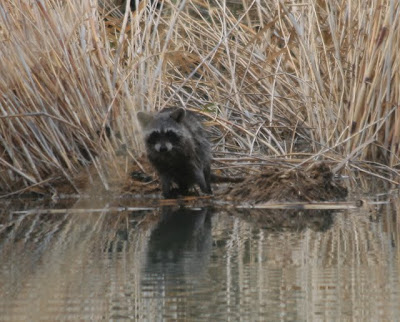 Our campsite has some friendly roadrunners. 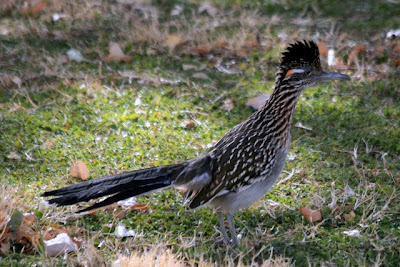 This is the Sierra del Carmen mesa, across the Rio Grande in Mexico, which provides a backdrop to our campground. 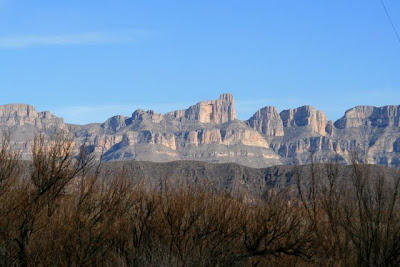